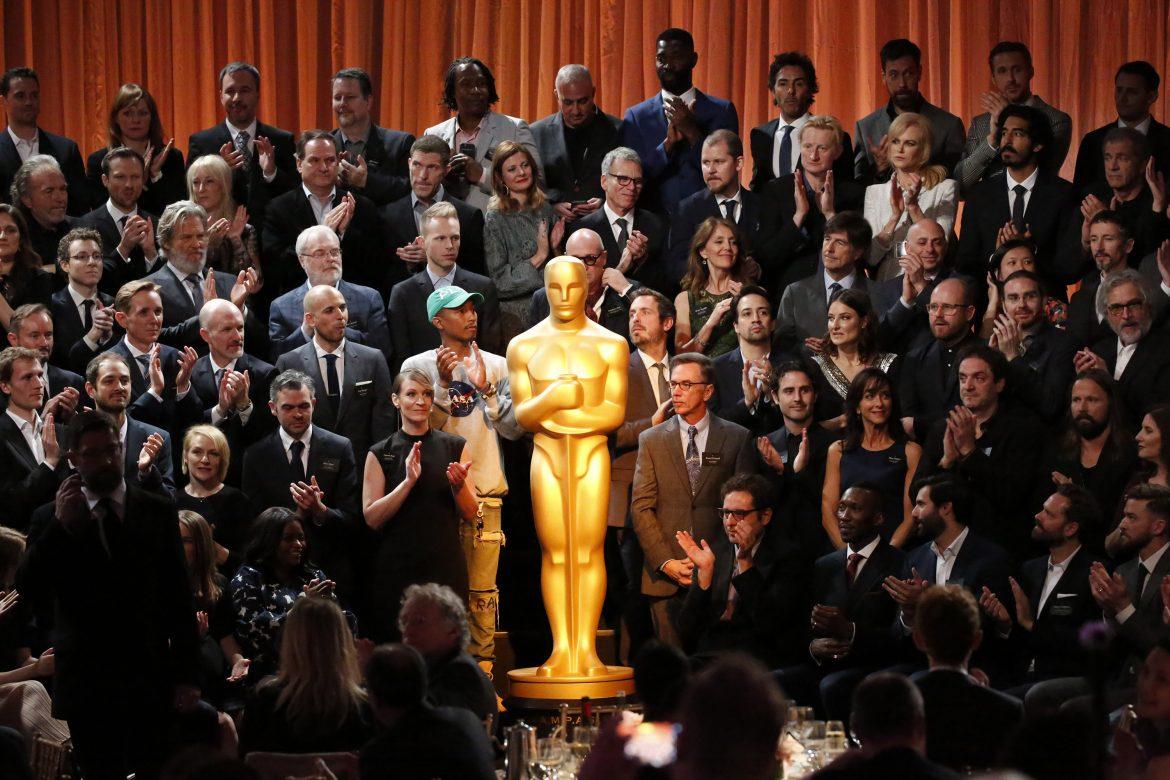 Attendees on Monday, Feb. 6, 2017 prepare for the class picture of all the nominees during the Academy Awards annual nominees luncheon for the 89th Oscars at the Beverly Hilton Hotel in Beverly Hills, Calif. (Al Seib/Los Angeles Times/TNS)

It was a night to remember at the Oscars Sunday night after Jordan Horowitz, director of “La La Land,” announced that it was not his film which won best picture but instead its rival nominee, “Moonlight.”

Barry Jenkins, director of “Moonlight,” and Horowitz exchanged banter on Twitter after the awards ceremony to show there were no hard feelings between the two. The company which provides the sealed envelopes, PricewaterhouseCoopers, has since issued an apology.

“We sincerely apologize to ‘Moonlight,’ ‘La La Land,’ Warren Beatty, Faye Dunaway, and Oscar viewers for the error that was made during the award announcement for Best Picture,” the company stated on its Twitter account, adding that they are conducting an investigation into how the accident occurred.

The climactic and unpredictable ending to the night was not the only historic moment for “Moonlight,” which was also the first all-black film to win best picture. Mahershala Ali, who won best supporting actor for his role in the film, became the first Muslim actor to win an academy award.

Politics was far from absent at the awards show, with several Oscar recipients taking to the stage to share their concerns about issues ranging from the controversial U.S. travel ban to the ongoing war in Syria.

Asghar Farhadi, director of the Iranian film “The Salesman” which won the award for best foreign language film, sent a letter explaining he had decided not to attend the awards ceremony out of respect for his country. Khaled Khatib, the Syrian cinematographer for Netflix’s documentary “The White Helmets” which won the award for best documentary short, was unable to attend the Oscars because of issues with his visa.

Several actors also chose to wear blue ribbons to support the American Civil Liberties Union, which included Ruth Negga, nominated for best actress for her role in “Loving,” Lin-Manuel Miranda, nominated for best original song “How Far I’ll Go,” and Casey Affleck, who won best actor for his role in “Manchester by the Sea.”

Meryl Streep, who holds the title of most nominated actress in Oscar history, added another nomination to her resume this year with her performance in “Florence Foster Jenkins,” losing to Emma Stone. At 20 nominations, no one is likely to beat Streep’s record anytime soon.

“La La Land” won six academy awards including best actress for Emma Stone, and is tied with “Titanic” and “All About Eve” for the most number of Oscar nominations, at 14. “Moonlight” won three awards, including best supporting actor for Mahershala Ali. Other films which were heavily represented included “Arrival,” “Manchester by the Sea,” and “Hacksaw Ridge.”

The complete list of winners can be found online.