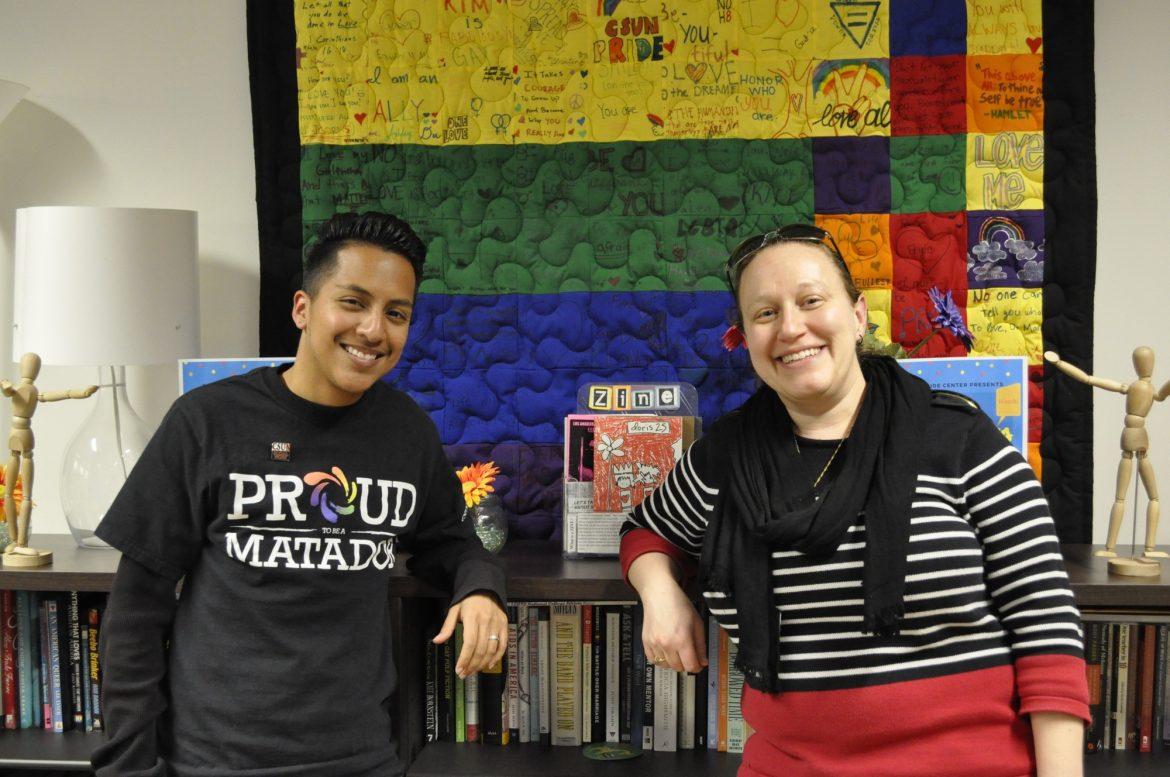 Under the Obama administration, the 2016 bathroom bill allows transgender individuals access to public restrooms, according to their gender identity. The Trump administration’s decision to revoke the bill will allow states to decide what kind of bathroom bills they will pass. The law goes into effect on March 1, 2017.

The center collaborated with Dr. Amy Rosenblatt, staff psychologist at the University Counseling Services, who is also the LGBTQ liaison.

Dr. Rosenblatt ensures a confidential safe space but is aware that not every student will feel comfortable with every counselor. “I speak on behalf of my heart and coworkers that the UCS (University Counseling Services) is very trans-affirming,” said Rosenblatt.

“[LGBTQ] letters get jumbled up, but I wonder if they get lost because the T is often silent. The needs of trans individuals are left on wayside,” said Rosenblatt in response to the recent changes to the bathroom bill.

The fight for transgender rights is beyond the bathroom bill; it’s a civil rights issue, said Sarina Loeb, Pride Center coordinator. Loeb said that the purpose of the event is to create a space for transgender students to come together and talk about what is going on.

In September 2016, California Gov. Jerry Brown signed a bathroom bill that “…require all single-user toilet facilities in any business establishment, place of public accommodation, or government agency to be identified as all-gender toilet facilities.”

Loeb said that although California is on board, that does not change the political climate and discrimination that can go on. Traveling out of state can be a huge impact on students as well.

Dr. William Watkins, vice president for Student Affairs, said, “It’s a very interesting time for me. In a different context, people are coming together. I permit myself to learn and be responsive, know how important you are to us.”

During an exercise within the group, students and members of the Pride Center voiced their concerns regarding the social climate not just in the restroom, but classrooms and health centers alike. Traveling outside of California, comforting friends and guaranteed awareness of gender identity from professors were addressed during the discussion among students.

“It’s important that often times the campus likes to be LGBT inclusive, but it’s important to be aware that the ‘T’ is being left out,” said a first year student getting a master’s in social work, who wishes to remain anonymous. “We are told that we don’t exist and our voices aren’t valid.”

He explained that even with the possible termination of his insurance and as a student who will seek services in hormone level therapy, his concern lies with the health center on campus. He believes that the Klotz Health Center is not trans-affirming, due to lack of accommodation for non-binary and trans students. “As a student, I pay for the health fee and other students can use those services, why can’t I get mine [here]?” he said.