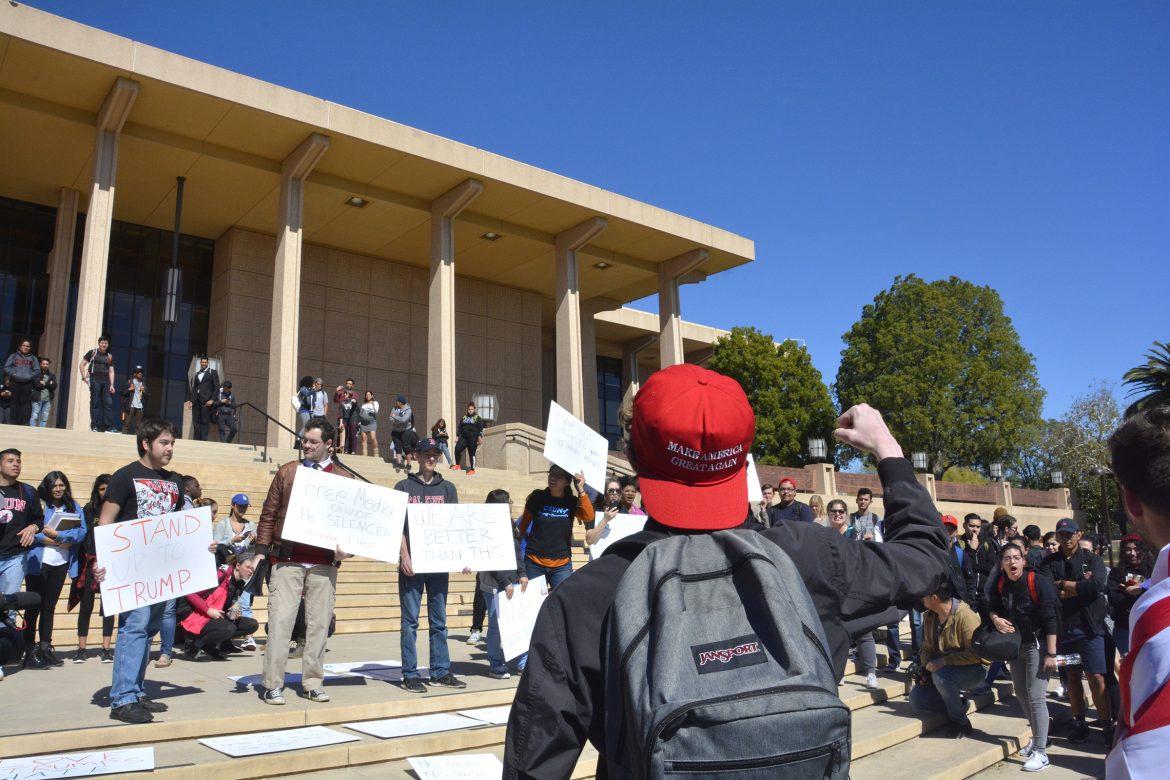 A large crowd gathered on the Oviatt Lawn Tuesday to watch a protest organized by CSUN’s Young Democrats.

The Young Democrats promoted the protest for two weeks and organized the event to challenge President Donald Trump’s presidency and new executive orders.

Protesters who joined started to chant, “No Trump. No KKK. No Fascist USA,” along with, “We need a leader, not a creepy Tweeter!” and other chants to protest Trump. The louder they chanted, the more people gathered around Oviatt Lawn to watch the protestors.

Kenny Salazar, a second year political science major, said he wants more students to be active with their voices when they have issues with what the government is doing.

For Salazar, it doesn’t matter what someone’s political preference is.

“I just hope to see a lot of students [get] active, no matter Republication or Democrat, but standing for what is right,” Salazar said.

Sandra Rodriguez, a senior geography major, said she wants to do more than just share things on the internet.

“It is not just about sharing things on social media, it is about taking action and actually getting involved,” Rodriguez said.

Rodriguez said she joined the protest because she takes this subject personally. She said as a someone whose parents are immigrants, she embraces all roots and cultures.

“Both my parents are immigrants, both born in Mexico. I am American, but I’m also Mexican, and you have to learn to embrace your roots, your culture, [and] appreciate each other as humans”.

Maritza Rosas, a third year family and consumer sciences major said she wants the CSUN community to be informed.

“Keep fighting because at the end of the day we are all humans and we all deserve the same respect,” Rosas said.