CSUN brings the heat to UCSD 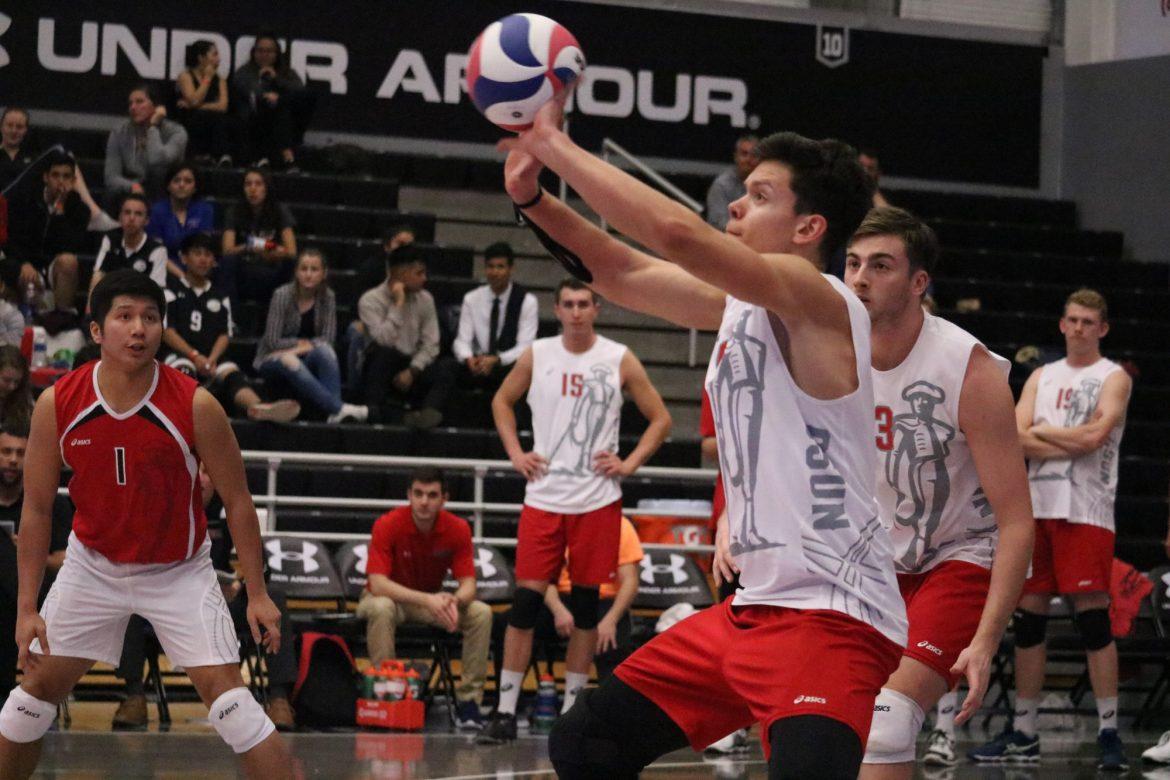 Sophomore Eric Chance had 10 points and a hitting percent of .667, while senior CJ Suarez also put up a good number of points with 14 digs.

“We missed 17 serves tonight, but we also put up a lot of good numbers tonight,” said head coach Jeff Campbell.

CSUN was trailing UCSD by one, but quickly gained traction with a kill by Greene and a solo block by Chance, making the score 5-8.

The Matadors went on a seven-point run and junior Josiah Byers hit two back-to-back service aces. Later, it was a kill by Greene to end the first set 25-16.

Again, the Matadors found themselves behind to start. CSUN continued to trail behind UCSD until a kill by Kalchev tied up the set 20-20.

“During the second set we missed a lot of serves and that can change a set,” said Byers. “We brought it together though and did well in the last two sets.”

“I rely on my team to communicate to me where I need to play the ball,” said Suarez.

The fourth set started with even scoring and then CSUN went on a three-point run with a serve by Kalchev and a monster kill by Byers. With two back-to-back attack errors by UCSD’s Shayne Beamer and Syftestad, the Matadors were at match point, and with a final kill by Chance, ended the match.