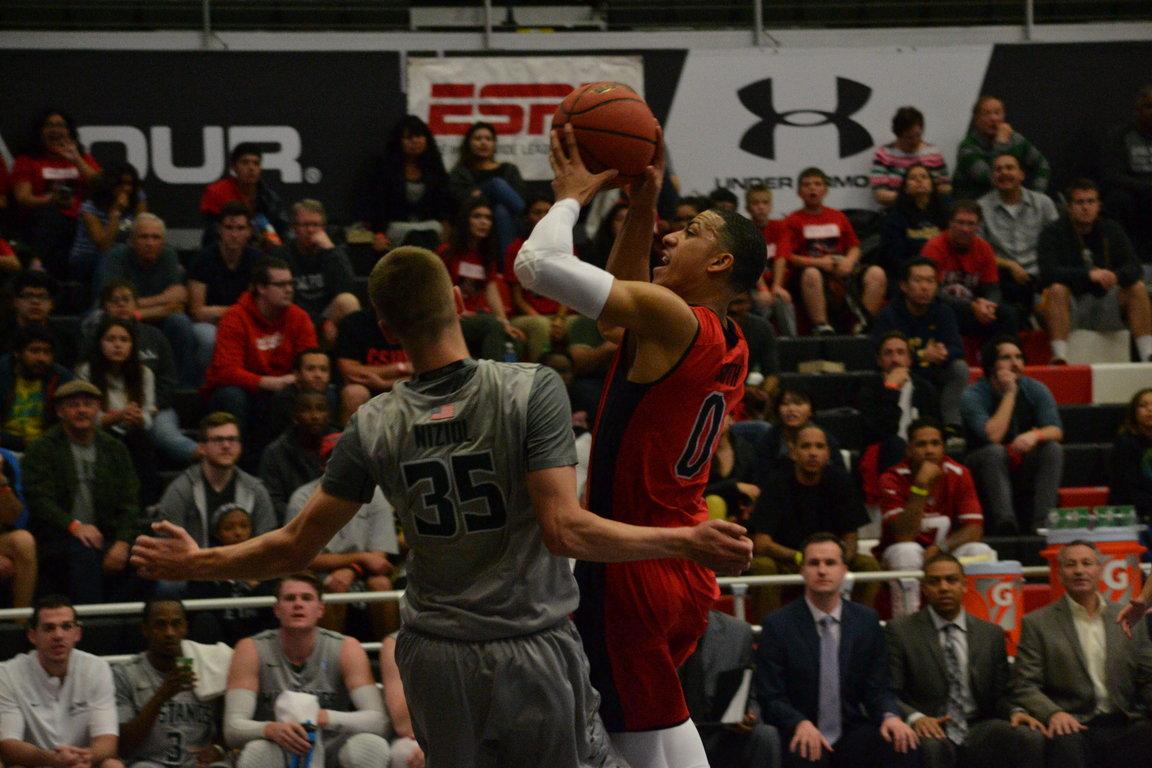 The Matadors struggled over the past month and the hope was that the issues would be rectified against the 10-18 Cal Poly team.

The problems, however, only intensified as CSUN let an early double-digit lead slip away and lost their fourth straight game Thursday night by a score of 76-70.

The Matadors came out of the gates hot, taking a 17-7 lead on a Kendall Smith three-pointer with 13 minutes left in the first half. From that point forward, the Mustangs were able to limit the CSUN offense, outscoring them 23-11 for the rest of the half to take a 30-28 lead into the break.

The second half saw a back-and-forth battle by teams near the bottom of the Big West Conference. The first seven minutes saw four lead changes and several ties before Cal Poly made a run to take a six-point lead with 10 minutes left to play.

A 20-7 run by the Mustangs gave them the 11 point advantage in the final five minutes, as turnovers, missed free throws and poor shooting plagued CSUN throughout the half.

After the 10 minute mark, the Matadors weren’t able to close the gap to less than six points and suffered their fourth-straight defeat.

Smith scored 19 points and had six assists in the loss and Darin Johnson added 15 of his own. It has been a rough few weeks for the team as their brief three-game win streak at the end of January is overshadowed by their struggles in February.

The Matadors will look to earn one final victory as they take on Cal State Fullerton Saturday at 7 p.m.

It is the final game of the regular season before the Big West Tournament next week.