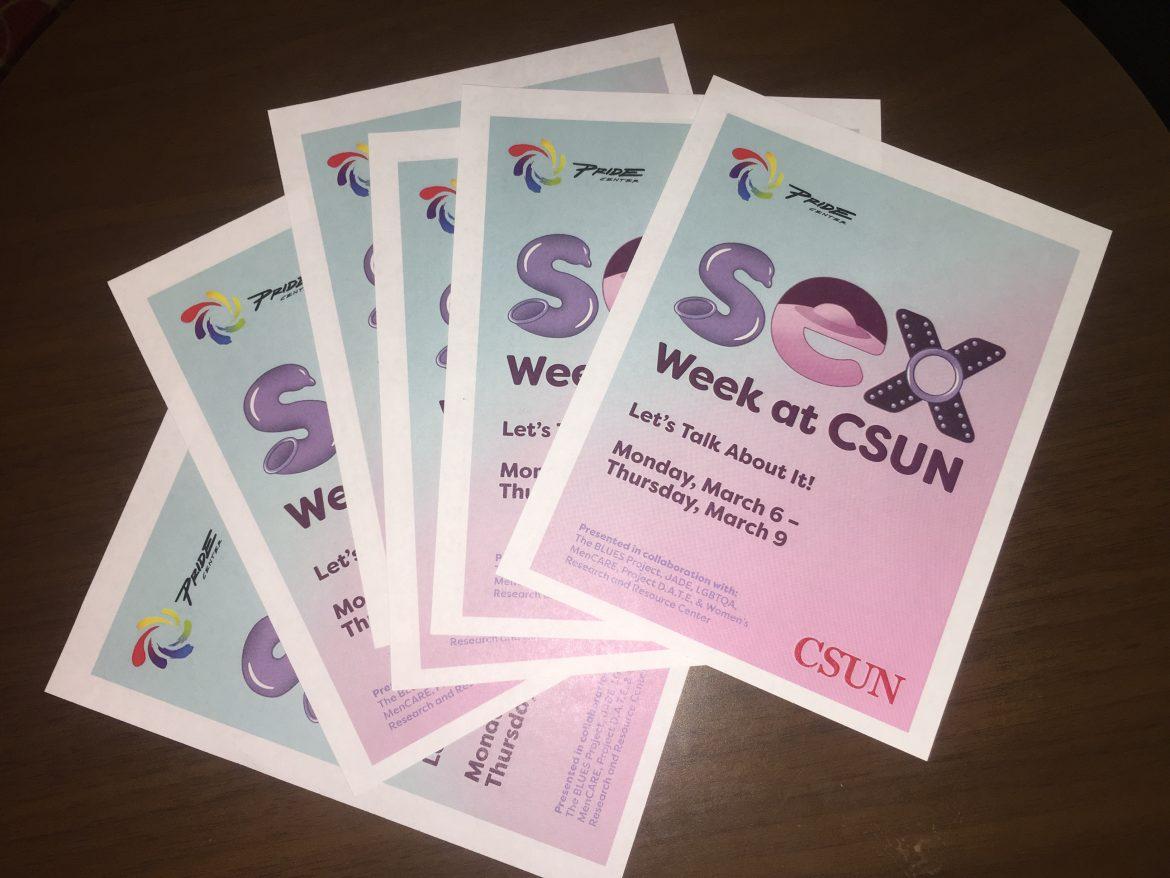 Talking, thinking and even having sex can be embarrassing and sometimes uncomfortable, but the Pride Center is hosting a series of events that promote sex positivity.

Sexual health resource lead and third year communications major Michael Pulido is the main person behind Sex Week. As a new hire to the Pride Center, Pulido was asked what he wanted to do for the LGBTQ center. His response was to improve the space’s sexual resources.

“At Sex Week we will be focusing on all aspects of sex, specifically queer sex, sexually transmitted diseases, body positivity and sex toys,” Pulido said.

With the help of other clubs and organizations such as The BLUES Project, JADE, LGBTQA, MenCARE, Project D.A.T.E, Pulido was able to put the event together. The week-long event will cover different topics ranging from sexual health, prevention, body image and other sexual concerns.

Pulido was also able to invite the sex store, Touch of Romance, to educate students on how to use sex toys.

Other events will include Kinky Karaoke Nights at the Games Room, on Wednesday from 8 p.m. to 10 p.m. Students will be able to show off their vocal skills as they sing along to Rihanna songs or ballads for their lovers.

“We wanted to make it inclusive and light-hearted,” Pulido said. “It can be romantic or sexual depending on your preference.”

Sex Week will conclude with a condom design contest by ONE Condoms during the weekly-scheduled LGBTQ Coffee Nights at the Pride Center. Participants will be able to design a condom wrapper and submit their work through the condom company website for a chance to be mass produced.

“We want everyone to have a good time,” Pulido said. “Our space is very inclusive and I want people to come out to learn and have fun.”