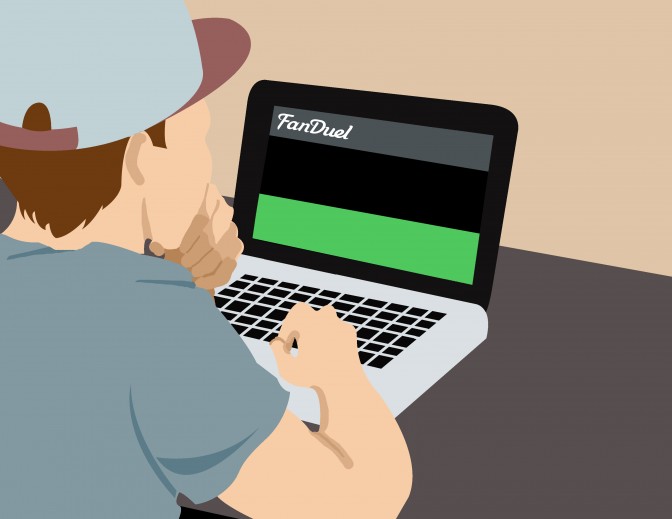 According to Gina Giotta, a communication studies professor at CSUN, net neutrality is a system of regulations that the FCC has instituted that prevent ISPs from discriminating among the data that they deliver to their customers. If net neutrality is ruled back in any way it would help ISPs discriminate data it sends to its customers, Giotta said.

“Say Netflix is sending data to customers, I’m calling up a movie, I’m streaming it, then my ISP could conceivably throttle the speeds which I receive the Netflix movie,” said Giotta. “The way they won’t do that of course is they’ll go to Netflix and they’ll say, ‘Hey if you want to go ahead and pay us some extra money to make sure your customers get your product quickly without any sort of download hesitation or staggering then we will go ahead and accept money to make sure that your data gets in the fast lane versus the slow lane.’”

Net neutrality ensures that there is just one lane of information for content providers and their information to get to a client at the same speed, said Giotta. If net neutrality is abolished, it will create different speeded lanes, according to Giotta.

“The pros are pretty easy, there are none except for ISPs the only entity or group that is set to benefit from the abolishment of net neutrality,” Giotta said.

According to Giotta, one con that consumers are going to find, include searching for information that is requested via the internet, because it is going to reach consumers slower or faster, depending on the deal that the content provider has with the ISP. The FCC currently does not allow ISPs to charge customers different levels of data. It’s just one standard price, but they can charge content producers.

“For consumers what will happen is the ISP will go to Facebook or Netflix and say, ‘Hey you’re going to give us more money each month so your data can get to your customers quickly’ and what do you think Facebook and Netflix are going to do? Are they just going to eat the money they have to give to the ISPs?” Giotta said. “No, they are going to pass on the charges to their customers.

Peter Marsten, a communications professor, added some pros and cons toward the issue.

“Most of the concern is political, that opposing political views will be given less space on the internet if we don’t have net neutrality. For example, if an ISP gives privilege or access to a commercial website than a smaller one, perhaps more people voices will not be heard by anybody,” Marsten said.

Marsten also mentioned that the argument on the other side is that if net neutrality is mandated, ISPs will be the same.

According to Marsten, there will be no incentive to better serve customers.”If we don’t have net neutrality an ISP can have a conservative provider, liberal or a social justice angle or even an NFL angle,” Marsten said. “Whatever people’s interests are we can tailor their web experience.”

Marsten added that some people will think corporate interest will overwhelm the more people sourced websites, but argues that opponents of net neutrality will want them to come up with their own service provider to provide a different service. “More choice is better than less choice,” Marsten said.

According to Giotta, small businesses who are trying to use the internet to sell their products will also suffer because they will not be able to pay fees that ISPs can potentially charge.

“Democracy suffers because when ISPs determine what information you get and at what speed they can potentially begin to slow down to the point that it will become non functional,” Giotta said.