An ode to black cinematic excellence 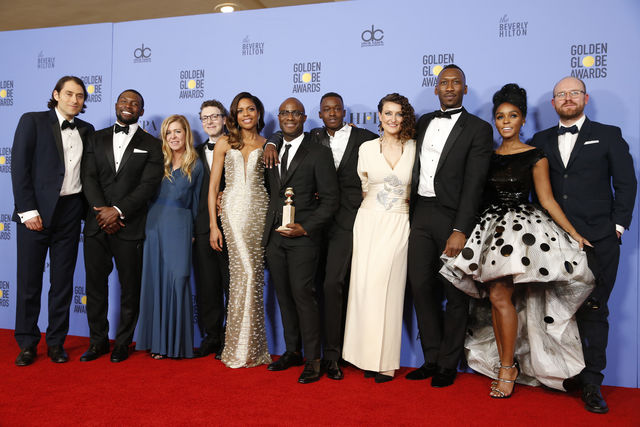 “I am so silently happy. So silently satisfied that this movie exists and will continue to exist and won for the best award out there.” – @thewarblerette

In a whirlwind of emotions on Oscars Night, Feb. 26, this is what I wrote on Twitter after “Moonlight,” a movie about a dark skinned, gay, poor, black boy in Florida discovering his sexuality throughout his life, won for Best Picture after the Academy had a snafu with the envelopes presenting the award.

Every person watching the broadcast thought the award would go to “La La Land,” a movie about an aspiring actress and an aspiring jazz musician, both of who are white. For a person to even fathom that a LGBTQ movie about a black boy’s self discovery about his sexuality beat a movie like “La La Land” in this country’s social and racial climate was practically insane. Yes, it was a beautifully directed and written movie, but would the Academy see that?

Would they feel the hurt look in Chiron’s eyes when his mother told him to stop looking at her?

Would they feel the love and compassion that Chiron felt when he actually had parental figures like Juan and Teresa?

Would they understand the feeling Chiron felt sharing the first kiss he ever had experienced with his best friend Kevin?

Almost everyone who loved the movie, including myself, didn’t believe the Academy would because they hardly ever do. However, they felt and saw all of it. “Moonlight’s” four wins of the night made me hopeful for the future of cinema when it comes to movies with black actors. What Barry Jenkins and Tarell Alvin McCraney did was simply an embodiment of black excellence, and a well needed event to happen during the end of Black History Month.

Even though I am a heterosexual person, “Moonlight” breathed life into my hopes and dreams when it came to filmmaking because that is what I ultimately want to do. As a young black woman, in all of my years of eating and breathing cinema, a black movie has never struck me the way that “Moonlight” did.

Maybe it’s because I’m at an age where I want to see our blackness embark on the next journey on the silver screen, and the fact that I’m tired of movies depicting us as always having to do with slaves or abusive narratives, but Barry Jenkins’ direction and McCraney’s writing were things I had never seen before. It was something that I had only seen in my head when thinking about how I wanted my movies to look, to feel.

“Moonlight” was sensitive, intimate, poignant, jarring, real and truthful. As many people had been saying, it was the first time in a long time, that I had seen a movie which actually let a black boy and man be as sensitive and as in touch with his emotions as much as he wants to be. It made my heart swell to see Juan and Chiron share an intimate moment in the sea.

Tears fell from my eyes to see Kevin and Chiron share silent moments as teenagers and, once again, as adults who hadn’t seen each other in 10 years. They looked as if they had the same innocent love for each other as they did when they were in adolescence, still questioning who they were. Everything that “Moonlight” encompassed was a much needed film for so many people. It was universal on so many levels.

One could relate to Chiron as he questioned his sexuality and his loneliness at school, while he struggled to fit in. People could relate to his toxic home life that he constantly ran from, constantly tried to forget. Chiron’s reality isn’t far from fiction. He lived in Liberty City, Fla., in a poor neighborhood, and he didn’t know whether or not he would get out.

It doesn’t matter if the setting of the film had been in the 80s or today because everything it dealt with is still relevant and very much alive in the new millennium. I was so elated that McCraney’s impeccable multilayered writing got the recognition it deserved by winning the Best Adapted Screenplay award. It solidified for me that people wanted to hear my stories, my experiences and my emotions in life. I saw that people could see my perspective as universal, that I can be universal.

Not only will this be a memorable Oscars moment until the end of time, but it will also be a memorable moment for the black men and women that “Moonlight” touched and wanted to see it win, but didn’t know if it could or would. Seeing the black, gay film win the Best Picture award gives the black community hope for a better tomorrow for us in the film industry. Cosmopolitan reported Barry Jenkins’ words from EW about what he wanted to say if Moonlight wasn’t robbed of a proper speech. His words were: “[‘Moonlight’ playwright Tarell Alvin McCraney] and I are this kid. We are Chiron…and you don’t think that kid grows up to be nominated for eight Academy Awards. It’s not a dream he’s allowed to have. I still feel that way. I didn’t think this was possible. But now I look at other people looking at me and if I didn’t think it was possible, how are they going to? But now it’s happened. So what I think of possibility, let’s take it off the table. The thing has happened.”

What he is saying is absolutely true. Black and brown kids aren’t given the opportunity to have the luxury of imagining a life like that. It simply isn’t a possibility, and then when something like this happens during a month that celebrates black people and our accomplishments and all that we’ve endured, it is a shining light in some of the darkness that overshadows our entire existence. It was an enormous victory in the long path that is ahead for our community to finally feel like equals in society.

By each minute, the post I quoted at the beginning of this article is getting reblogs and likes. Each time a person gives my post even the slightest bit of attention, it reaffirms my beliefs that people want to hear what I have to say, hear my stories, let me have my own voice out there in the world because that truly is the most powerful thing of all.