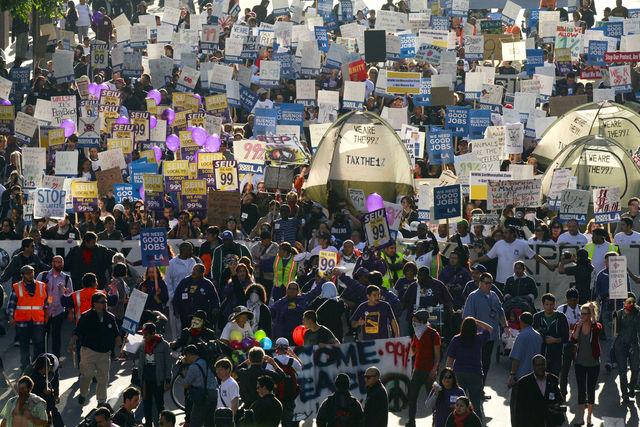 I should make it clear in the outset that the Internet and social media is not entirely filled with misleading or false information where all things are distorted. Making that case would simply not be true.

However, when considering the construct of social media and it’s many uses, one must consider the distortions of reality within it and how those distortions affect the world we live in outside of the Internet.

The Internet and social media have recently developed into a world where a new form of revolution can occur.

Karl Marx and Friedrich Engels theorized in “The Communist Manifesto,” that a revolution occurs with the working class rising against or attempting to overthrow the upper class.

This is no longer relevant with the invention of the Internet in that at this point in time there seems to be equal revolt from both sides towards the other.

With regard to how the Internet has altered any unfolding of a revolution, and with Marxism taken into consideration, I would argue that both the proletariat (working class people) and the bourgeoisie (the capitalist class) are enormously present in this world of the Internet. However, both act as the proletariat in their own right, fighting for revolution to gain ground on their individual ideas of social rights.

For example, these fights include, but are not limited to, the bourgeoisie’s fight for their businesses, their beliefs of smaller government intervention in their businesses, etc. The proletariat fights for their rights of equality, whether that is social or monetary.

The proletariat and bourgeoisie convey their individual message as though both are the Marxist base against the demeaning other. There is an enormous class struggle that occurs online, though the ideas of who the base and the superstructure actually are differ greatly depending on the author of the idea.

The mode of production (social media) for these prethoughtout words allows less genuine, actual conversation to occur between the two classes. Therefore, there is not likely to be a resolution to either side’s perceived struggles, but rather a constant revolution against one another.

Each side, the proletariat and the bourgeoisie, are able to delete the others viewpoints, allowing almost always for the regurgitation of their own views. In the world of the Internet and the ability to block those who do not think like the writer, there is no room for considerable thought of the other’s arguments causing only circular discussion.

There is no lackluster conversation occurring within social media, as passion is definitely pronounced within many parts of it, especially towards certain topics (politics, et cetera). The problem is the capability to block other outlooks allowing for less critical thinking as those differing perspectives are not taken into consideration as substantial thought.

Marx theorized that the base determines or shapes the ideas or the consciousness of the superstructure, but this too is no longer relevant in the society we live in. Our society now functions off ideas of prethoughtout discourse developed by both the base towards the superstructure and vice versa with no true reactions that necessitate change in either party.

One must take into consideration that the mode of production in which we get these prethoughtout responses is run by the class of people that the proletariat historically fought against, now called the one percent, what Marx called the bourgeoisie.

When taking into consideration the fight for equality, monetary and social, the mode of relaying ones thoughts through a production line completely run by the bourgeoisie should be given attention.

In history, revolutions occurred through people gathering together and unifying as an individualized group fighting for their beliefs.

In this day and age, however, people develop marches, protests, essentially any type of demonstration and gather others together to join in on those demonstrations by using social media, a tool overseen by the upper class who, at times, these marches may very well be fighting against.

For example, Occupy Wall Street was a movement against inequality in which the proletariat revolted against the bourgeoisie, the one percent. This movement gained momentum by the development of a Facebook page that gathered demonstrators together. Facebook is run by a member of the one percent. Therefore, the movement was essentially filtered through an entity with the same amount of power the demonstrators were fighting against.

A claim is not being made that anything was done by Facebook toward this movement, but one must take into consideration the fact that in our society today revolutions are no longer complete, separate operations that solely work against wholly separate entities.

Allowing for movements to occur with the assistance of entities that are so powerful and are seen simply as companies that are not required to adhere to constitutional provisions essentially allows for revolutions to be chaperoned by the very power they may be fighting against.

In the online world class status is essentially non-existent, but outside of the Internet classes are becoming more divided. It has become necessary for society to consider and be conscious of the way language and constructs are developed and through the means in which they are developed and relayed in both of the physical world as well as the realm of the Internet.