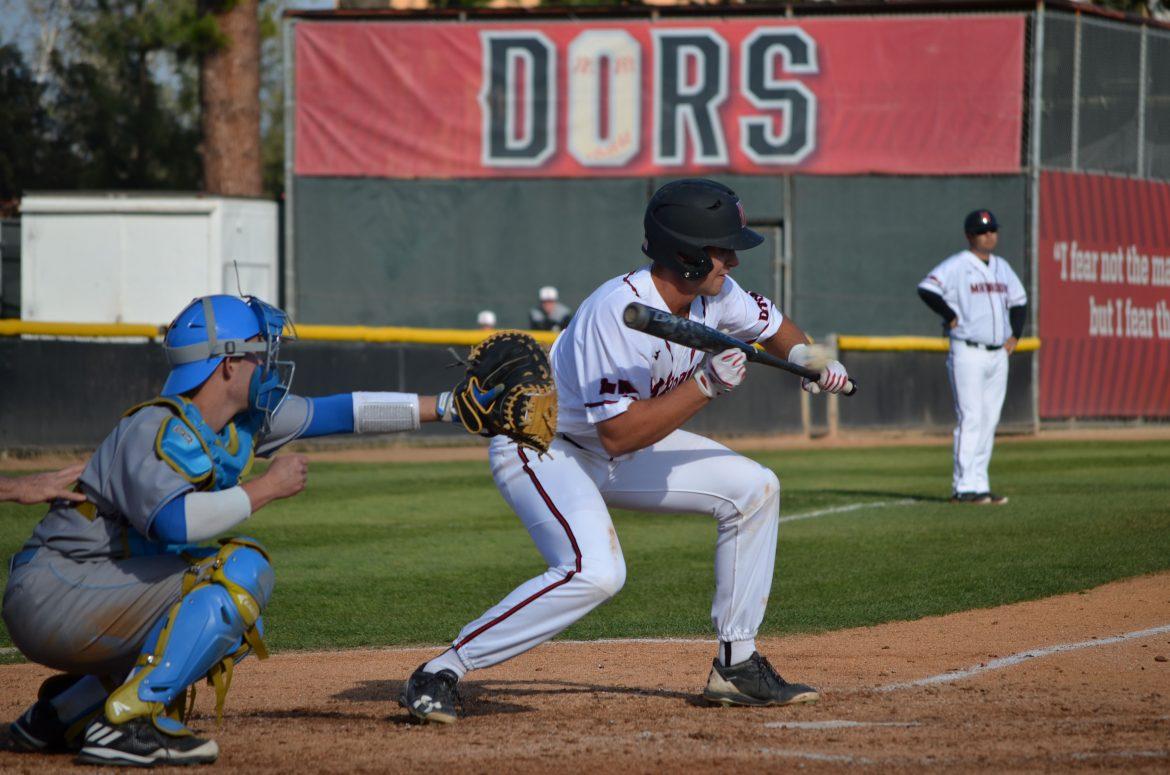 CSUN could not contain the UCLA offense at Jackie Robinson Stadium, losing a second straight game 7-2.

Early in the game, the Matadors pitching staff were not able to keep UCLA off the scoreboard, allowing seven runs in the first five innings, putting them in an early hole they were not able to get out of.

The Matador hitters were not able to string together big hits to keep them close to UCLA, going 1-10 with runners in scoring position with two outs as a team.

“We just didn’t get the big hit when we needed it,” said coach Greg Moore. “But we didn’t pitch well enough today to even make those opportunities matter.”

UCLA took an early 1-0 lead in the second inning, the proceeded to load up the bases with one out.

CSUN sophomore starting pitcher Ray Diaz was replaced by sophomore pitcher Joey Deceglie, who only allowed one more run to score in the inning and kept the Matadors in the game for the time being.

UCLA added two more runs in the third inning after a wild pitch and an RBI ground out. Deceglie walked his next and last batter of his night. Freshman pitcher Kyle Nicol came in and struck out the batter to end the inning.

The Matadors still kept the pressure on UCLA in the fourth inning. The Matadors finally managed to score when junior Nolan Bumstead hit a single to score a pair of runs, making the score 4-2.

“Great at bat. He [Nolan] stayed inside that ball and pushed it down the line,” Moore said. “He is tough guy at the plate, he continues to battle and hit a pretty good pitch.”

However, in the fifth UCLA managed to get those runs back and then some by scoring three runs in the inning going up 7-2, while knocking out Nicol for the game.

Matador sophomore pitcher Matt Campbell came in and had an effective 2.1 innings where he only allowed three hits and zero runs.

“We needed him to extend a little bit,” Moore said. “The first two guys needed to go two innings a piece but they didn’t quite get there.”

Freshman pitcher Ricky Rivera came in and only allowed one walk in his Matador debut.

“We are going to get back on the bus, get a little food a little bit of rest and play again tomorrow,” Moore said. “These guys want to play everyday and the only question is how consistent can we be and we will answer the bell tomorrow.”