CSUN students share what International Women’s Day means to them 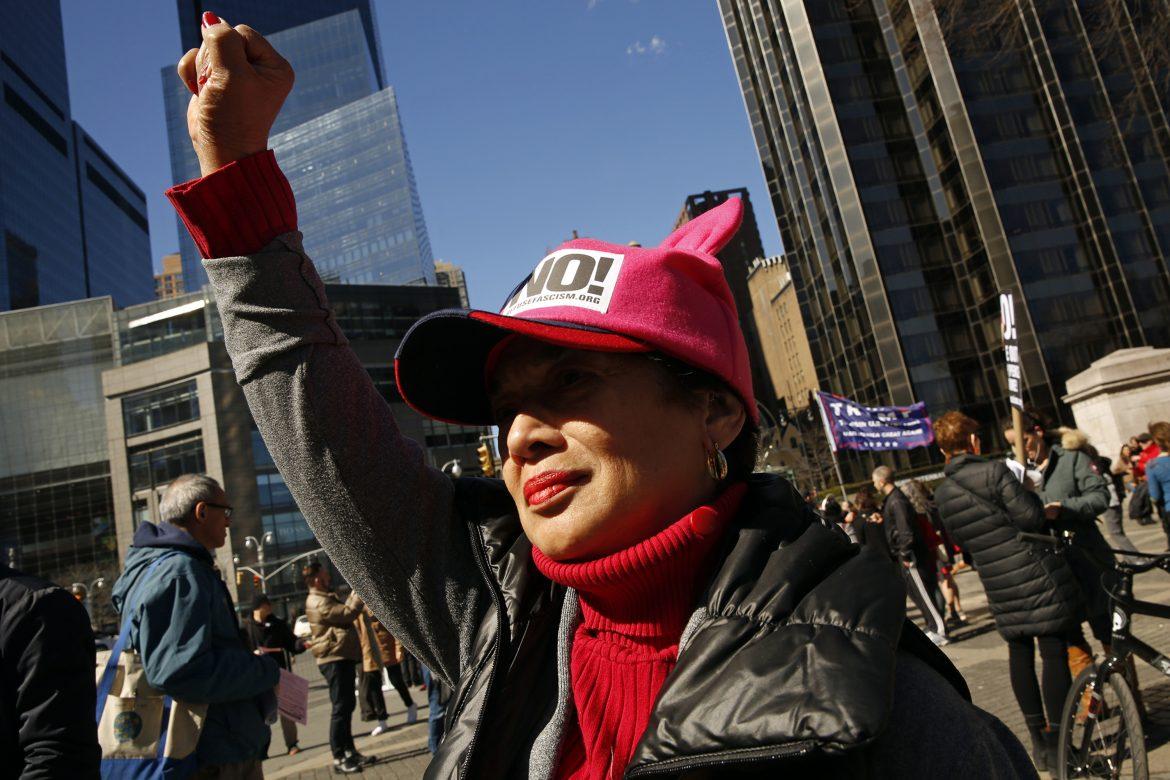 On International Women's Day, about 50 people gather on the edge of Central Park in New York to voice their opposition to the current administration policies. Nancy Pichardo, 67, of New York, says "I have to put myself in the middle as a proud immigrant and a woman. This president is attacking us." (Carolyn Cole/Los Angeles Times/TNS)

March 8 marks International Women’s Day (IWD) which celebrates the social, economic, cultural and political achievement off women around the world.

The holiday was first observed in February of 1908 when hundreds of women marched through New York City to demand better working conditions, including shorter work hours, better pay and the right to vote. American women continued to hold the march each year on the last Sunday of February. Meanwhile, European women were also organizing their own demonstrations for the same demands on different days.

In 1913, a consensus was reached to declare March 8 International Women’s Day where women around the world could hold their demonstrations simultaneously.

Although the Women’s Center is not holding any specific event today, through the semester they will be holding events such as “Take Back the Night” and Feminist Film Series.

English and religious studies senior Aubrey Harris said international women’s day to him means celebrating and recognizing all the achievements that women have done throughout the entire world.

Harris goes on to explain how today he will help celebrate international women’s day by going to Take Back the Night March as well as just contacting all the people he knows who are women and identify as women to thank them for all they have done.

Senior Yuri Morales, who is also a Zumba instructor at the SRC, will celebrate by playing a lot of Latina songs during her Zumba classes.

Microbiology major Alin Katoromian will also celebrate international women’s day by not going into work and going to a nice lunch with her mom.

Katoromian said the international women’s day to her means the value of women on this earth.

“We are pretty under value and a lot of the times taken advantage of. To reassure everyone just how important the role of a woman is in society,” Katoromian said.