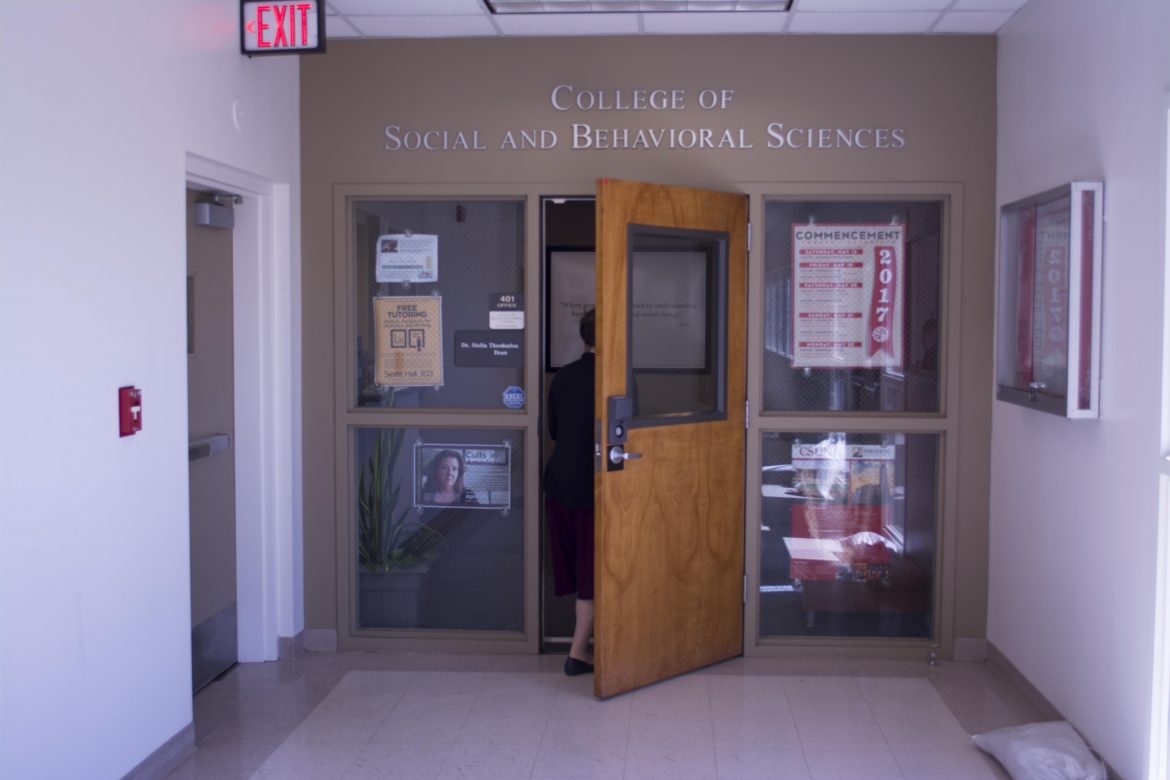 The Criminology Department falls under the College of Social and Behavioral Sciences. Photo credit: Em Pierce

In the fall of 2017, the College of Behavioral Sciences will offer a new criminology and justice studies major.

Vickie Jensen, chair of the Criminology and Justice Studies Department, explained that creating this new major was a long process that was inspired by students.

“This major is the result of a long journey,” Jensen said. “This is something that we’ve been working on for nearly three years. The interests in students have been changing and it was important to create this major.”

Criminology was previously an option under sociology, but students were not being offered many resources, according to Jensen. The new courses available will be in line to what students want.

“There was a tremendous demand for this major,” Jensen said. “We have a little bit more than 1,000 students in the criminology option under sociology. Our numbers in the sociology department grew, but the satisfaction went down. It became difficult to support criminology; the department did not have enough resources for the option.”

Similar programs at Cal State Los Angeles and Cal State Long Beach are both impacted, according to Jensen.

“We expect our program to get impacted like the criminology programs at other schools,” Jensen said.

The option under sociology will be discontinued as of fall 2017 and new students will no longer be able to declare it. However, students who are currently in this option will be able to finish it.

“No majors were cut to create this one,” Jensen said. “Option two will be discontinued, but it will evolve into the new major. If anything, we will have more curriculum than we did before.”

Jensen said this major allows students to explore a field that is relevant to issues in society.

“Given all the controversies about decision making in policing this major is a combination of what students wanted and what the community wanted,” Jensen said. “We need people who want to go into that field and that are going to be much more informed in law.”

Katherine Garcia, who is undecided as far as a major, said she is interested in learning more about criminology.

“I am currently undecided in what major I’m declaring,” Garcia said. “I’m definitely going to look into this option.”

Mia Swick, psychology major, said she wishes she had this option available when she was new on campus.

“I’m a graduating senior, but I wish this option would have been available sooner,” Swick said. “Maybe I would have chosen a different path.”

Students can change their majors by going online on their portal or speaking with an advisor.

“Current students can go to their portal and change their major or go see an EOP advisor and they can explain the process of changing their major,” Jensen said.