Culture a la Aztlán: An interview with Casa de Calacas 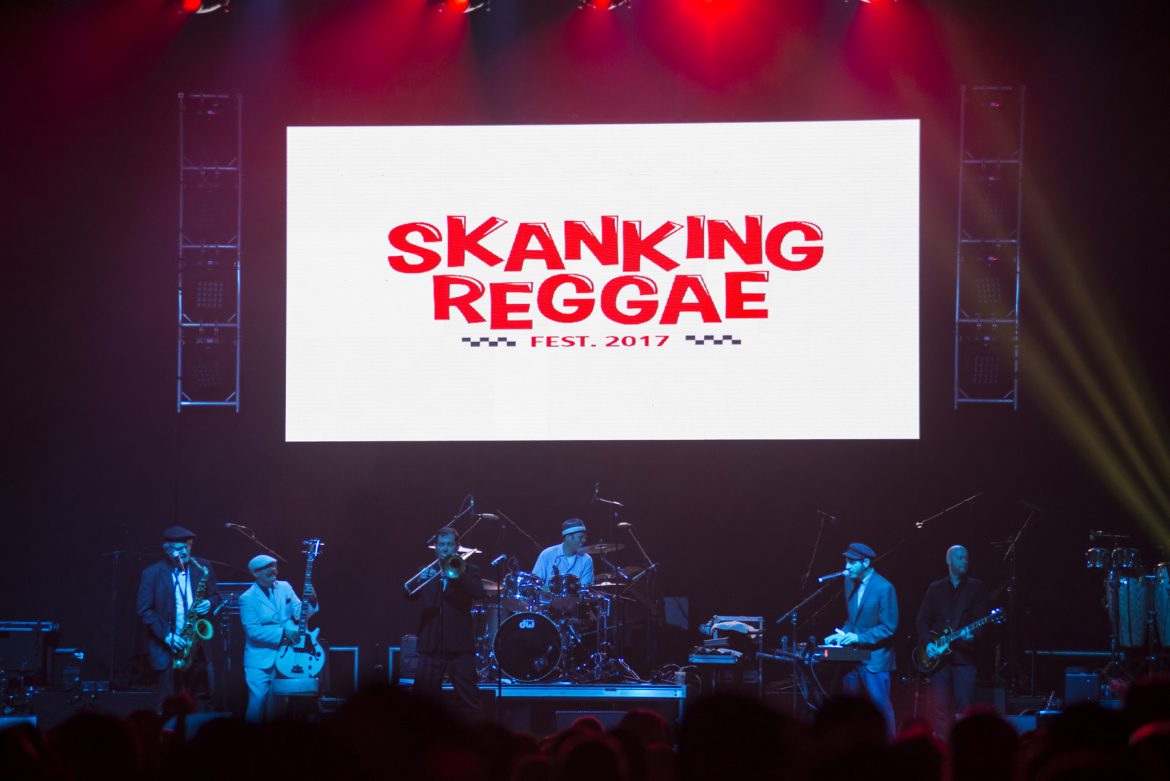 One of the local bands that displayed their talent in this year’s Skanking Reggae Festival were the East L.A. band, Casa de Calacas. With 10 years of musical trajectory, they are releasing their second EP “Musica del barrio.”

The band is working on a third album they plan to release before the end of the year.

The Sundial sat down with lead singer and bass player Carlos Mora and trumpet player Phil Sanabria for a brief interview, who are the main lyricists of the group. Their songs range from political and social critiques to their humble Mexican-American background.

Last Saturday, Casa de Calacas were the first band to play in the Skanking Reggae Festival. The festival found itself under an unfortunate cancellation of its headliner bands, Panteon Rococo and Antidoping. They released a public apology on their Facebook page.

Despite the cancellation of the bands, festival founder Adrian Antonio said in a previous interview with The Sundial that he and his crew will continue the festival since the public demand has been growing since the first event in 2010.

Mora and Sanabria shared their story as an upcoming ska and reggae band, the struggles they’ve had to overcome and an insight into the current political climate of the country.