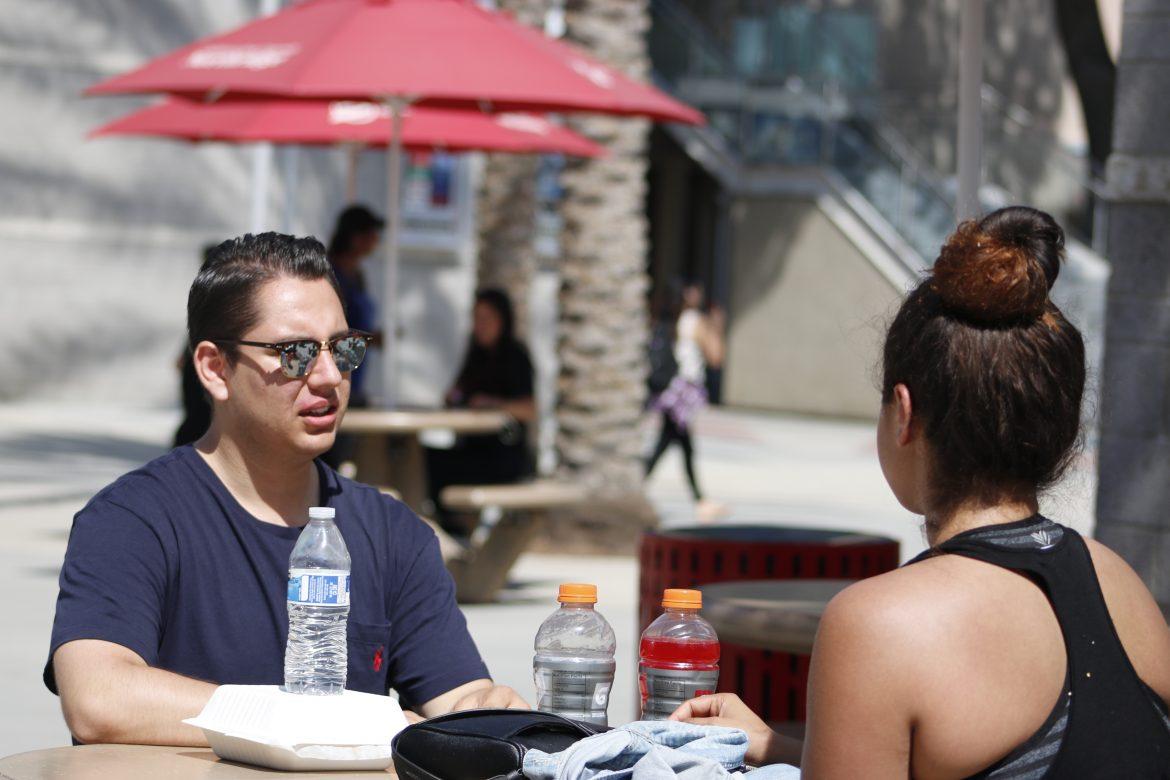 Students advocate to eliminate the use of plastic water bottles on campus through the “Ban the Bottle” movement.

Genna Gold, a senior, got the idea from her sustainability 401 class in which students came up with projects they were interested in.

Gold said the original goal to remove plastic water bottles off campus would be complicated.

“After talking to the University Corporation we realized that plastic water bottles are their top seller,” Gold said. “It takes a lot to put together the beginning of a movement, so we are setting up the groundwork for next semester’s class to take over it.”

In order to get this movement in full motion, Gold said they are going to need a lot of student support.

One of the events that raises awareness toward the movement features “Tapped,” a film that shows students the negative effects that single use plastic water bottles have on the planet, according to Gold.

“I want people to understand that all the plastic bottles being used on campus that end up in the trash are incinerated, which in the end comes back to hurt everyone if you don’t recycle,” Gutierrez said.

According to Gutierrez, the Institute for Sustainability has also supported this movement, which aims to raise awareness on campus.

“Our main goal is to get the word out, not to completely ban the bottle, because we have talked to people around campus and it would be really hard to do that here, right now,” Gutierrez said.

In addition, Gold said she learned how other campuses have gone fully bottle free by the support of students only.

“If you have power i[n] numbers, you can essentially get anything done that you want, so we are really trying to build just the knowledge how bad water bottles are,” Gold said.

Austin Eriksson, sustainability program manager at Facilities Planning, Design, and Construction (FPDC), said he thinks it is a great idea and students should keep pushing this movement.

“Obviously single use plastic bottles are not very sustainable, there is still demand out here for our student, staff, faculty, the CSUN community in general, for bottled beverages,” Eriksson said.

Eriksson said he is very hopeful for this movement because this is the furthest a group of students have taken action on this matter.

“Banning the water bottle would be great for the campus but it’s just a matter of figuring how to do it and making sure we aren’t affecting the campus in a bad way,” Eriksson said.