CSUN baseball gets swept in doubleheader by Saint Mary’s 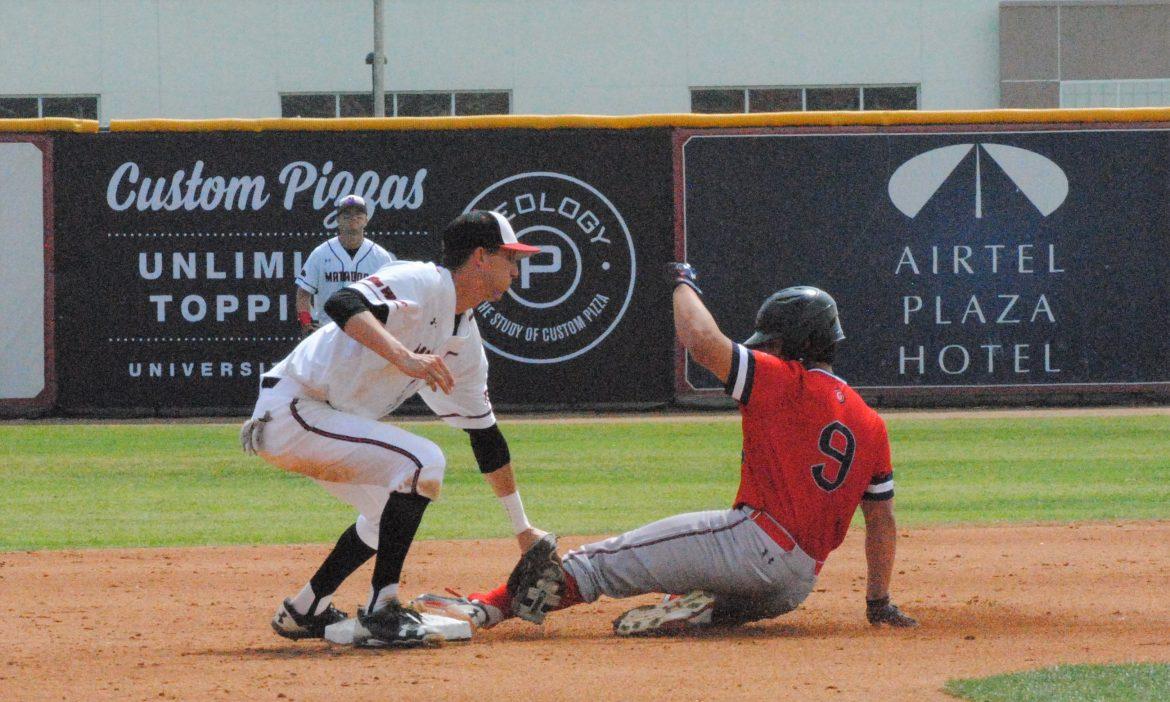 CSUN baseball lost both games of the double header 10-0 and 4-3 to the Saint Mary Gaels in Matador Field on Saturday.

Both Matador starting pitchers of the day managed to keep them in the games, but the Matador batters struggled to give their pitchers any run support which led to a sweep

“We just did not execute,” said head coach Greg Moore. “We had plenty of chances especially in the second game.”

The day began with a lead-off home run from Gaels’ center fielder Joey Fiske to give them an early 1-0 lead over the Matadors.

Matador starting pitcher Samuel Myers then got into his groove and did not allow a hit until the top of the sixth inning.

However, Saint Mary’s starting pitcher Jake Valdez matched Myers inning for inning. Valdez did not allow a base runner the first time through the Matador line up. When he did run into trouble, like in the fourth and fifth inning, he managed to escape and allowed only one run to cross the plate.

Myers continued to cruise along until the seventh inning when he allowed another solo home run, this time to right fielder Joe Vranesh, to double their lead to 2-0 in the seventh. After a hit by the pitch and an infield single, Matador pitcher Kyle Nicol came in and allowed a two-run double, then a two-run home run and put the Matadors down 6-0.

In the seventh after allowing one more run, pitcher Matt Campbell replaced Nicol. However, Campbelll also got himself into trouble and allowed three more runs to score and make it 10-0.

Pitcher Ricky Rivera came into the game in the ninth for an easy outing as he only allowed on hit.

Still, the extra runs did not matter because Valdez continued to shut down the Matador bats for eight innings, only allowing two hits in his outing. In the end, the Matadors could not avoid their first shutout of the season.

In game two of the doubleheader, both teams scored early, but the Matadors struggled to score runs just like the first game. However, Matador starting pitcher Tei Vanderford kept Saint Mary’s quiet until the top of the fifth when the Gaels took a 2-1 lead.

The Matadors answered back in the home-half of the inning when catcher Albee Weiss came away with a big hit. This time it was a two-run triple to take the lead back 3-2.

“[Weiss] is finding ways to get RBIs in different ways,” Moore said. “He has grown a lot and has ways to go like everybody does, but he really has gotten better.”

Saint Mary’s tied the game in the sixth with a two-out double, but Vanderford proceeded to get the next seven batters out and kept the Matadors tied 3-3 going into the ninth inning.

“Every time [Vanderford] pitches we are always in it,” said center fielder Justin Toerner.

Controversy struck when pitcher Conner O’Neil came in for Vanderford in the ninth with one man on, and pitched the ball which the umpire said hit the batter. Moore came out to argue the call, but was not able to change the mind of the umpire crew.

With now a man on first and third, O’Neil induced a double play to end the inning and keep the game tied.

The deadlock was broken up by a Vranesh solo home run, his second of the day, and gave Saint Mary’s a 4-3 lead.

“Good job by [Saint Mary’s],” Moore said. “They capitalize on some pitches that were up in the zone, got them in the air, and in this place it jumps a little bit.”

In the bottom of the 10th, the Matadors got the first two batters on, but failed to get the tying run in and lost game two of the doubleheader.