Softball racks up runs against the Murray State Racers 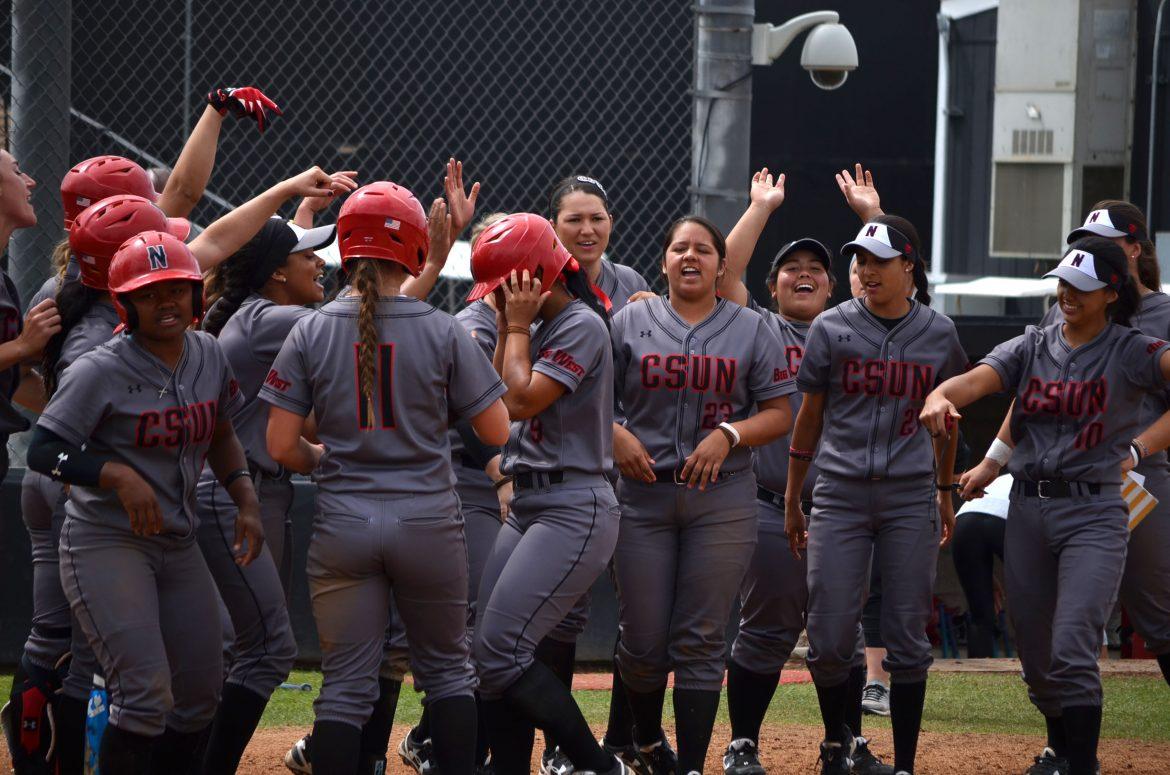 The Matador softball team wrapped up the 2017 Matador Classic with two high scoring back-to-back victories against the Murray State Racers earlier today, with the second game ending in a mercy.

CSUN had a quick lead over the Racers in the second inning, 6-0, before the Racers switched pitchers. A pitching change would not be enough to stop the Matadors’ hitting, as two more runs came in during the same inning.

Shortstop Savannah Horvath added another three runs for the Matadors in the fourth inning, although the Racers would respond with two of their own home runs in the fifth.

Horvath was hot with the bat, as she went on to knock another homer over the fence during the second game against the Racers. The shortstop’s influence later rubbed off as left fielder Madison Fleming answered with a three-run home run of her own.

With a quick second game ending in a mercy, the Matadors finished the day with scores of 14-7 and 11-0. CSUN ended the Classic with a four game winning streak, their only loss to Weber State on Friday.

Murray State’s Matador Classic fairing was not as successful, as the Racers only managed a single win, against the Bryant University Bulldogs, before losing their next four games.

The Matadors will be on the road for their next five games. On Sunday, March 26, the team will face off against the Cal State Bakersfield Roadrunners for a double header at 1 p.m. and 3 p.m.