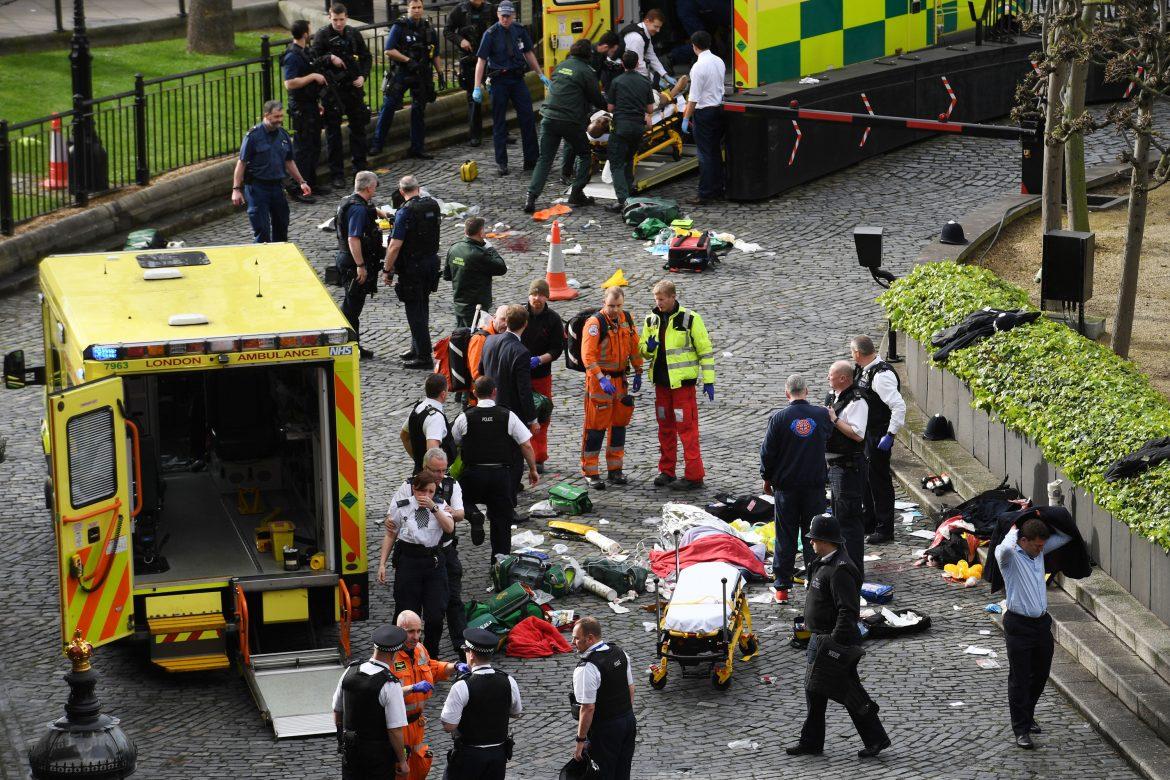 Emergency services on Wednesday, March 22, 2017 at the scene outside the Palace of Westminster, London, after a policeman was reportedly stabbed and his apparent attacker shot by officers in a major security incident at the Houses of Parliament. (Stefan Rousseau/PA Wire/Zuma Press/TNS)

Four people were killed and at least 40 were injured in a London attack on Wednesday, which has been declared a terrorist incident.

The attack began when a driver ran into members of the public and police on Westminster Bridgewith with his vehicle, according to London’s Metropolitan Police. The car then crashed into the fence around the Houses of Parliament and the suspect stabbed a police officer with a knife.

The suspect was shot and killed by police. Authorities believe the man that was killed was the only person involved in the attack.

According to police spokesman, Commander BJ Harrington, the attack is being investigated by the Metropolitan Police Service’s Counter Terrorism Command.

The House of Commons and House of Lords will both resume on Thursday at their normal times, according to UK Parliament’s Twitter.

The attack in London comes just days after another in Paris. It’s suspected that a man shot a cop during a traffic stop before trying to take a soldier’s gun at Paris Orly Airport on Saturday.

French Interior Minister Bruno Le Roux confirmed reports that Ziyed Ben Belgacem, the suspect in the Paris Orly Airport attack, has been accused of shooting a cop before the events at the airport took place as well.

About an hour-and-a-half before the airport shooting, the suspect reportedly shot at traffic officers in a northern Paris suburb after being pulled over for speeding, according to authorities.

The attacker used a gun that shot small metal pellets and, according to authorities, one of the pellets hit an officer. The officer’s wounds are not life-threatening.

Prosecutors identified the man who attacked a French female soldier later that day at Paris Orly Airport as Belgacem as well.

The suspect reportedly said, “I am here to die in the name of Allah … There will be deaths.”

The suspect then attempted to take the soldier’s assault rifle by threatening her with a pistol. He used her body to shield himself when authorities reacted, Paris prosecutor Francois Molins said at a news conference.

When the female soldier got down on her knees, two other soldiers shot Belgacem several times, according to Molins.

Molins said that the suspect had previously been imprisoned several times on violence and theft convictions. French terrorism investigators are looking into the attacks.