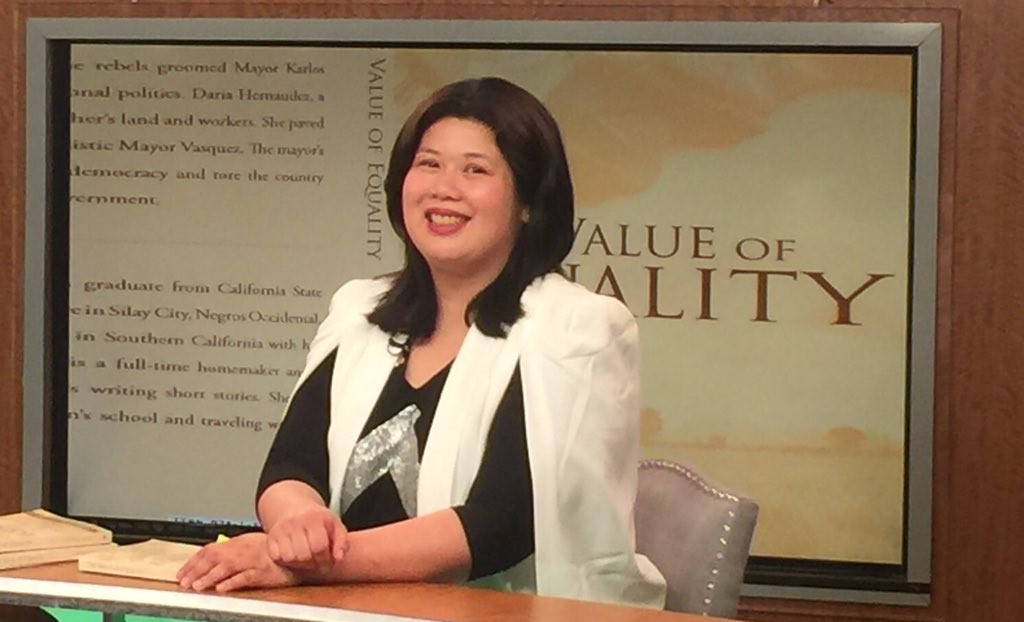 Author Cristie Locsin poses for a photo with her new novel, "The Value of Equality."

If you ask her what inspired her to write her new novel, Cristie Locsin will tell you she is simply a storyteller.

“It’s more of like a storytelling and a heritage,” she said of “The Value of Equality,” which takes place in the Philippines in 1969.

Locsin is a CSUN alumni who originated in Negros Occidental and remembers the hacienda culture around which the novel is set, but said that when she went back, the culture had changed.

“When we went back it was really different,” Locsin said. “The haciendas are slowly dying, and they’ve been replaced with buildings and shopping malls. The culture is different, it’s more global.”

Locsin, who is now a mother, said she wanted to share her memories of running around in the fields and riding water buffalos with her children because “maybe when they turn 20 or 21, no one can recall this type of history anymore.”

The novel follows Daria Hernandez, the daughter of an hacienda owner, and describes how she experiences the politics of land distribution and the loss of her father’s Hacienda Corazon. Daria sees equality differently, and Locsin said each of the characters have a different view of what equality means.

As Daria’s life changes throughout the novel, the reader is reminded that the story of change is often universal. Daria finds herself in the middle of politics, her life on the hacienda is gone as she is faced with difficult decisions.

For Locsin, the technical training of being a journalism graduate helped develop her writing, as she conducted research through oral history, stories she had heard from her family, and her own memory. She said that while a degree is not necessary to write a book, writers will benefit from the training that it offers.

“The technicality is very important, so don’t take that for granted,” she said. “If you have a good imagination, with a very strong technical background, I believe anyone can write a novel.”

“You know your book more than anybody, so you have to be brave,” she said. “The story will speak for itself.”

“The Value of Equality” is the first book of a trilogy, which Locsin said will answer questions the first book left and show the reader the beginning and end of the story.