Resistance: the importance of voter turnout 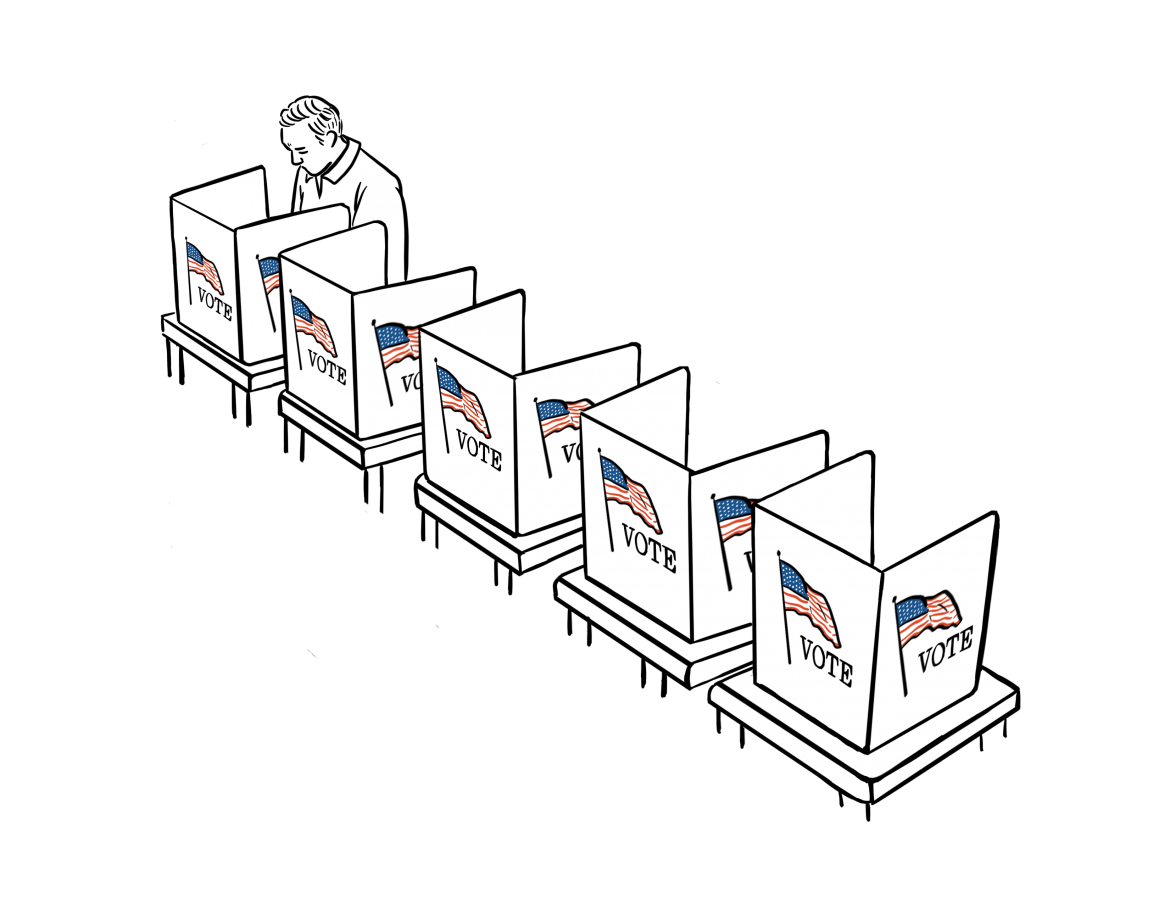 About one in five eligible Los Angeles voters turned out for the 2017 municipal election. Illustration by Kiv Bui.

Contrary to popular belief, turnout for our last election was not the lowest it had ever been, according to an article published by LA Weekly. As stated in the article, turnout in Los Angeles was a whopping 18.5 percent.

Expectations are so low that the article’s headline stressed that turnout actually “wasn’t that bad.”

Make no mistake, this is all troubling. Democracies count on their public to vote so that the population is accurately represented and people don’t feel that their voices are being left out. Instead, nearly four out of five Angelinos witnessed their voice unheard. I am willing to bet that many people felt like the government left them out the loop as well.

In addition, when over 80 percent of people do something “controversial,” like not vote, we have to wonder if they are not more normal than we make them out to be. I am an unemployed political science major and I barely got around reading my informational ballot on election day. My mother, whom I watched every presidential debate with, unfortunately sleeps during the day because she works nights. She was unable to vote.

Voting is hard, especially after an election as exhausting as the one last November. Sadly, this presidential administration didn’t recognize the emotional toll it had on Americans.

Therefore, it is only fair that we remind them, through the ballot box. The fact that we live in a place like Los Angeles should give us some hope for the future too, because it appears ready to mount the resistance against our president.

There has never been a more compelling reason to care about local politics. Voting means choosing people who will fight for our families, neighbors, classmates and friends to stay in the country. We can vote for prosecutors and judges who not only better understand the challenges of living in this city, but look a little more like us too.

Furthermore, when was the last time school boards responded to the needs of a community? If you have younger siblings in K-12, the fact that only 8 percent of people turned out for a LAUSD election this year should be concerning.

Even the people who run our city’s community college system are on these local election ballots. Think about the communities they serve. Think about what type of power they have.

I know many people who attended a community college. Regardless of where you get your schooling though, most students have the same goals: to be successful, happy professionals in the world. In order to make that happen, our voice must be represented.

However, not only do we owe it to ourselves, but society, that we come together as one. We are likely the most progressive, accepting, and diverse generation that the modern world has ever seen. We could be the tipping point in creating the world as it ought to be.

Next year will be grand for our country. Every member of Congress’ House of Representatives will be up for re-election. In other words, it is within our power, to bring today’s plight in Washington to a halt.

To be ready for that day, we have to get our “reps” in now.