Tales from the border 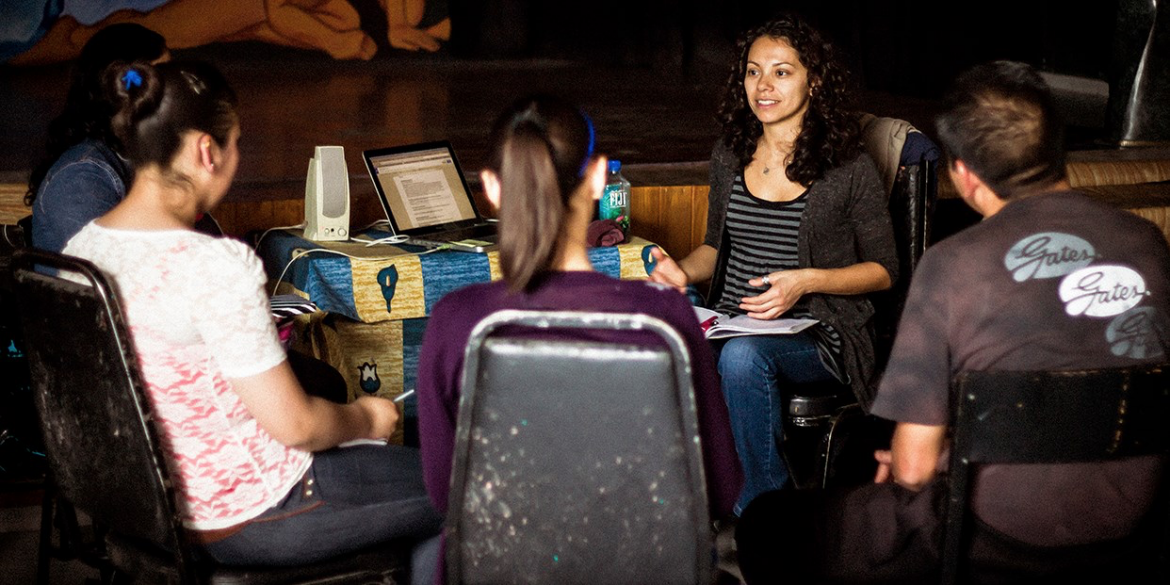 Jasmin Mara Lopez, journalist and producer, walked through the desert in search of man’s body after his wife called border patrol and reported him missing. This is only some of the work Lopez has to endure in order to report on migrant deaths after it has become more difficult for immigrants to cross the border.

Lopez, who grew up in Artesia, Calif.,comes from an immigrant family and said she was impacted by issues on both sides of the border.

“This instilled in me a strong passion for immigrant rights, youth empowerment and social change,” she said.

A lot of Lopez’s work has been highlighting social issues in the Latinx community as well as in Mexico. More recently, she has covered immigration issues like the criminalization of undocumented immigrants.

Lopez has worked with several media outlets such as KCRW, KPFA/Cronicas de la Raza, The California Report to North Carolina Public Radio, NPR, and NPR’s Latino USA. She has done work on both sides of the border and founded a volunteer-run project, Project Luz, that teaches kids photojournalism and audio techniques. After working on this program Lopez was inspired to pursue Journalism.

Lopez did an audio documentary in 2015 called “Deadly Divide: Migrant death on the border” on the podcast “Making Contact.” She traveled to Mexico’s border by the town of Brooks County, Texas and visited the town of Reynosa, Tamaulipas.

She met with a rancher who set out water for people who crossed through the desert,an immigrant who was planning on making the treacherous trek through the Rio Grande and into the United States, and a Sheriff’s deputy who gets called out for bodies of unknown people found throughout the desert close to the border.

“Over 6,000 migrant deaths were recorded on the U.S. side of the border with Mexico between 1998 and 2013,” Lopez said in the documentary. “The true number of deaths is probably much higher, many people who try to make the crossing go missing and are never heard from again.”

This documentary is a piece of the work Lopez has done in her years as a journalist and producer.

“I have covered immigration and have reported from the southwest and south U.S., as well as Mexico,” Lopez said.

In a separate segment, “Maternal Matters; Indigenous Women in the Yucatan Challenge Violence and Indifference,” she spoke to local women about their experiences with giving birth in Yucatan with a midwife compared to giving birth in the hospital and one of the locals started a project for safe maternity for the women in East Yucatan.

“I have encountered many issues, danger, problems as a journalist that reports on social issues,” Lopez said. “I have reported in Reynosa, Tamaulipas on days where the cartels were setting off grenades in the center of town. I’ve also reported in rural Louisiana where my presence was very obvious so it was necessary to take precautions as a lone reporter.”

Lopez spoke of the dangers that come with reporting stories that, at times, people don’t want getting out. This is where the job can get dangerous and problematic.

Much of Lopez’s work has been utilizing radio and podcast story telling mediums.

“Most of my work is audio/radio-focused but I’m now delving into film to bring issues to wider audiences,” she said.

Recently she has taken on a new project documenting her family’s story with child sexual abuse.

“My advice to aspiring reporters is to know where you are going or reporting. Do the research and understand the culture so that you have that sensibility,” Lopez said. “Understand that you’re most likely an outsider, and that these aren’t just stories to tell/take, but people’s lives. Appreciate them.”