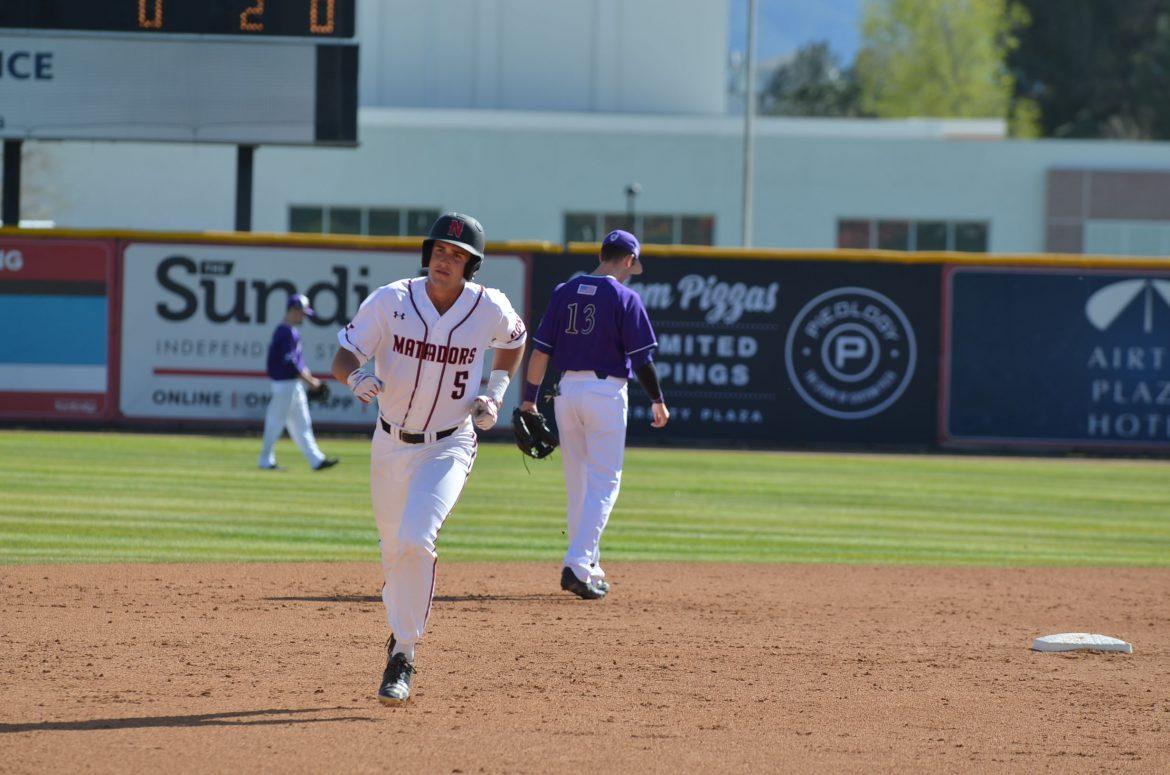 Junior third baseman Nolan Bumstead, #5, runs to third base after hitting a home run in the bottom of Wednesday’s game against Holy Cross on March 8, 2017. Bumstead’s homerun brought the Matadors to a lead of 2-0. Photo Credit: Anthony Martinez/The Sundial

CSUN baseball was on the verge of losing eight of their last nine games until the ninth inning against UC Davis.

With two men on, the designated hitter Michael Russo hit an RBI double to tie the game. Shortly after, center fielder Justin Toerner got on base thanks to an error driving in the winning runs against UC Davis.

The Matadors managed to get seven hits going into the ninth, but were 1-7 with runners in scoring position with only one RBI. The Matadors then got a big hit and three runs in the ninth to win their first Big West game of the season 4-2.

Matador starting pitcher Samuel Myers got into some early trouble allowing two runs in the first inning, but cruised through the rest of his outing and kept his team in the game allowing only one more hit and zero runs the rest of the game. Myers went 7.1 innings striking out three and walking only three.

In the fourth inning, third baseman Nolan Bumstead cut the Matador deficit with an RBI single, but the Matadors could not get the big hit before getting into the ninth.

Connor O’Neil came in for Myers in the eighth and pitched two steady innings walking three but not allowing a run to cross the plate, closing out the game with a victory.