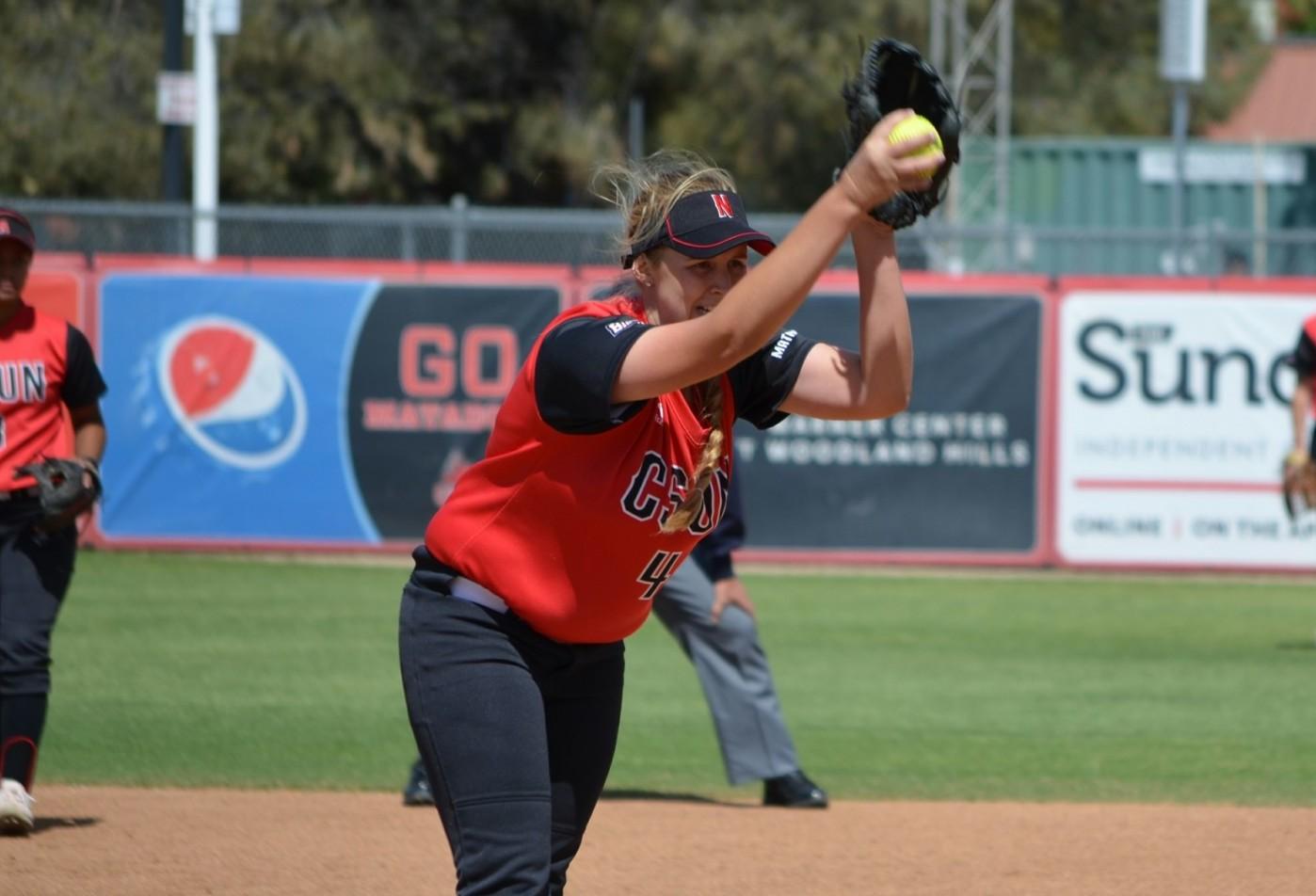 Freshman pitcher Taylor Troost, winds up for her next pitch. (Anthony Martinez/The Sundial)

CSUN softball faced Long Beach State (12-18-1) in the first game of a double header Saturday afternoon to kick off the Big West Conference play. The Matadors (20-11) are on fire as of late, having won six in a row and 18 of their last 21 games.

Northridge was unable to carry over that momentum into their game against the Beach’s as they lost 3-1 on the road.

Senior ace Daphne Pofek started for the Matadors and got off to a rough start giving up two runs in the first inning. Pofek got the first two batters out to start the inning, however she went on to give up two runs, two hits, one hit by pitch and walked next four hitters.

CSUN was unable to get anything going offensively against Long Beach State pitcher Christina Clermont scoring their only run in the top of the third on a Taylor Glover sacrifice fly.

Only three Matadors obtained hits with only four hits total for Northridge in the offensive showing.

Clermont threw a complete game against CSUN, allowing one run on four hits and walking one.

It was more of the same as Northridge lost the second game of their doubleheader, 1-2, versus Long Beach State to finish off on Saturday.

Getting the start for the Matadors was sophomore Taylor Troost against Long Beach State freshman Cielo Meza.

Troost had a rough start giving up two runs and four hits in two and one thirds innings pitched.

Offensively the Matadors were unable to get anything going against the LBSU freshman as Meza pitched four innings of shutout softball while striking out four and only allowing two hits.

The only run Northridge was able to scrape across was a Taylor Glover single in the fifth inning which scored leadoff hitter Taylor Nate.

In the doubleheader CSUN scored a total of two runs on the day while allowing five runs and 15 hits.