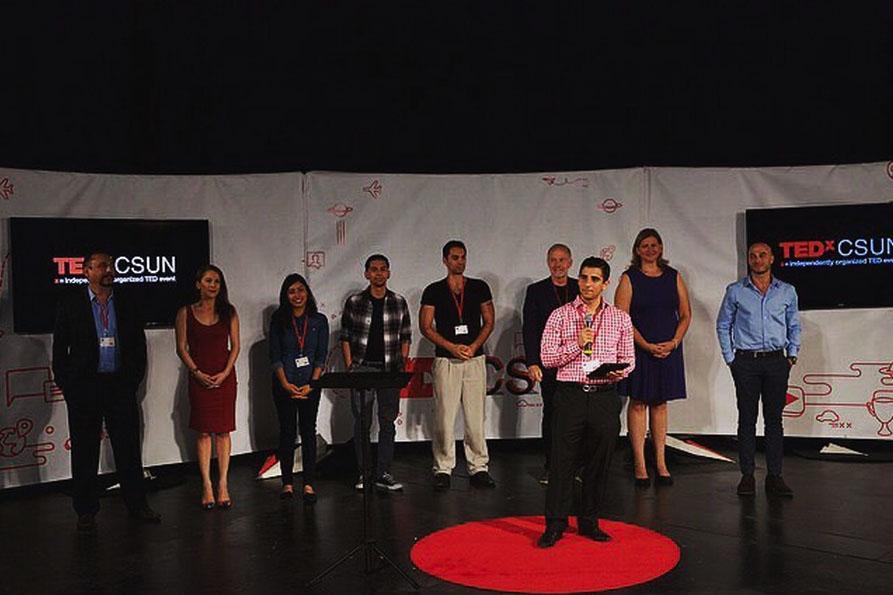 TEDxCSUN is coming back to The Little Theatre on April 29 with “human potential” as the theme.

TEDxCSUN is an annual event organized by CSUN students with the help of alumni, professors and faculty. TED is a nonprofit organization which began as a four-day conference 30 years ago in California, with the main purpose being to “invite the world’s leading thinkers and doers to speak for 18 minutes or less.” TEDx is an independently organized TED event, according to the website.

“My goal for this event is that everyone who attends or watches the live stream will walk away feeling inspired and take the ideas that they heard with them, even after the event is over,” said Karina Schink, the lead organizer and student curator of the event.

The event will feature eight speakers who will cover topics such as design, the arts, entrepreneurship, science and technology. While the event leaders are not yet ready to release names, Schink said CSUN students, faculty and alumni will speak. As a special preview, she revealed that one of the speakers will be from NASA. The names will be unveiled the names on the TEDxCSUN Instagram in the first week of April.

“We have incredible minds on campus that have ideas worth spreading,” Schink said.

The student leaders said they did their best to select speakers who could display the potential CSUN students have.

There will also be three performances at the event. According to Schink, these performances include dancing from the CSUN Salsa Libre Club, slam poetry from Alex Salazar and a musical performance by Caleb Bigler and Blake Kasting.

Schink hopes the TEDxCSUN event will showcase the diversity of CSUN and prove that the school should held to a higher regard even though it tends to be considered a second-choice or backup school.

“CSUN is a place that fosters dreams and makes them realities, ” Schink said. “TED is an institution meant to discuss things like that. It was founded and created for ideas worth spreading, and CSUN, itself, is an idea worth spreading.”