Editorial: freedom of speech in an era of political-correctness, part two 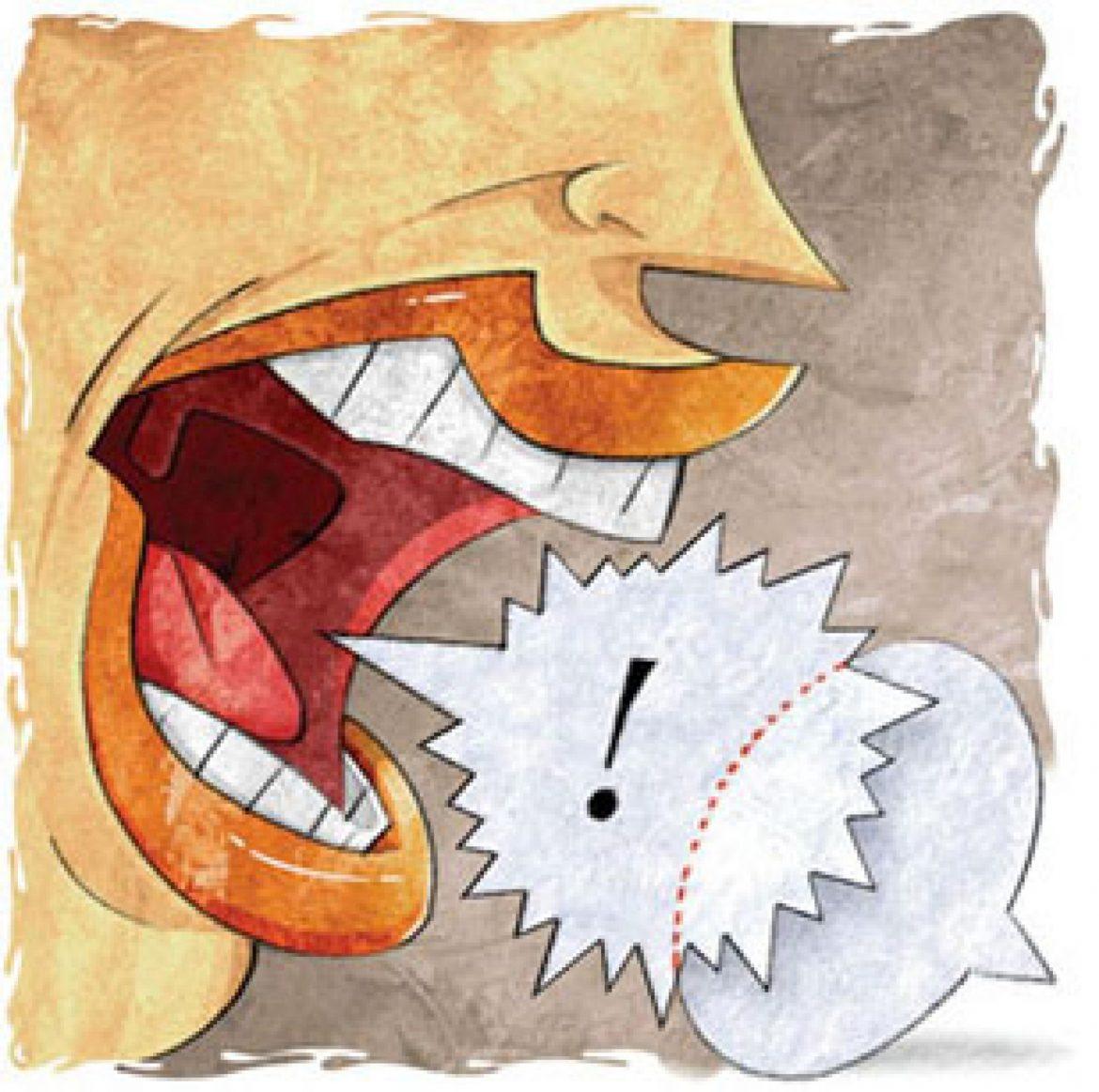 Illustration of an interrupter, someone who won't let you get a word in edgewise. (Dean Hollingsworth/The Dallas Morning News/MCT)

Though there should always be legal and moral standards to how we go about exercising our freedom of speech, press, assembly and petition, “political correctness” does not actually infringe on anyone’s freedom of speech.

However, political correctness (PC) culture can contribute to social division or polarization. The contemporary philosopher, Slavoj Zizek, argues that political correctness “doesn’t really allow you to overcome racism. It’s just oppressed controlled racism.” As any culture that becomes dominant in a given area, a number of sub-cultures are bound to form in response and sometimes for the mere sake of opposition. When speakers like Milo Yiannopoulos openly state “I just want to burn it down,” they’re making intentional provocations that stem from the sheer desire to oppose majority thought.

On one hand, we have the ability to cultivate a space around ourselves where we don’t have to hear or expose ourselves to different opinions. We can un-friend people on social media, walk away from a politically charged family dinner, and ignore reading or listening to particular media sources that do not share the same value system as ours. However, this mentality just further polarizes people, undermines inter-community relations and severely limits our own ability to grow as individuals.

To exercise our freedom, the kind that is not necessarily governed by any nation or piece of paper but that is governed by our own critical, reasoning, minds, we must question how genuine our thoughts truly are. Since context plays such a crucial role in the formation and expression of one’s thoughts, whether it be in the context of PC or anti-PC culture, reasoning and introspection are necessary. As the 18th century philosopher, Immanuel Kant, said in Critique of Pure Reason, “there is nothing higher than reason.”

When individuals feel that their freedom of speech is being violated, they feel they cannot speak for fear of retaliation or some social form of excommunication. Jon Ronson explores the consequences and nature of our modern “democratization of justice” via online shaming in his novel, So You’ve Been Publicly Shamed. He writes, “we are defining the boundaries of normality by tearing apart the people outside it.” In this vicious cycle, we’ve reached a level of polarization where the mind’s power to reason begins to stale. It becomes easier to stew in anger than to deconstruct and answer what’s so righteous about that righteous indignation.

If an opinion is held solely because it dwells in an echo-chamber of whispers or because it’s written in stone, then the holder of such an opinion is not using their natural privilege as a human being to use critical thinking before expressing the truth, or their truth, as they believe and reason it to be. Freedom of speech is arduously protected in America and exercised in many ways, but it’s nothing without the freedom to reason.

Kant goes on to state, “thoughts without content are empty, intuitions without concepts are blind.” Therefore, sincerity in words and reasoning behind those words helps illuminate the point of solidarity, that steady point on a precarious path. To teeter from thoughts and words that are subjective truths and that hold reason far beyond intuition is where one risks falling into the trap of a narrow-minded perspective. In addition, processing words solely by their context of communication can also lead someone to succumb to that frame of mind.

Freedom of speech, as it’s protected by our government, allows for us, our peers, colleagues, friends, neighbors, the disenfranchised, the silent, the underrepresented, the overlooked, to have a voice. No one should be pressured or forced into quietude, not when we have both the constitutional freedom of speech and the natural freedom to reason. Every time we pick up a microphone to speak, sit behind a computer to type, or march behind a picket sign, it’s not just what we say, but why we say it that matters.