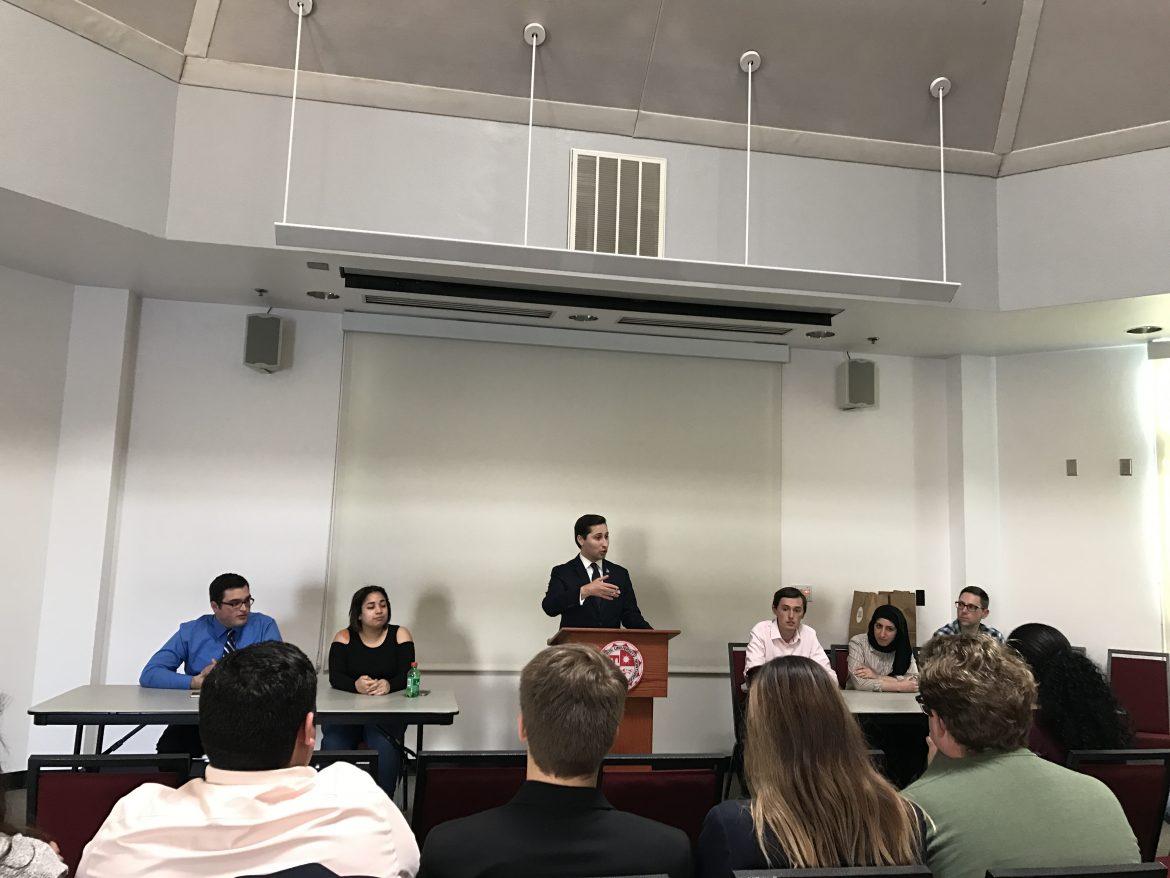 Representing a better future, Jonathan Goldenberg and running mate Zahraa Khuraibet look to address the issue of dropout rates with students who are taking remedial math classes 92 and 93, which are up to 83 percent, according to Goldberg.

“A third of incoming freshman, when they come in are set up for failure right off the bat,” Goldenberg said. “We need to make sure we are addressing and helping those students and any other students that is facing academic hardships.”

Goldenberg and Khuraibet said they will do that by increasing funding for tutoring centers, making them more accessible for students. In addition, they want to focus on students in classes that have caused them to drop out of college.

“I worked with MEChA de CSUN to do the event Dia de los Muertos and Associated Students asked if they could also do the event,” Ramirez said. “I felt that it would be better if we could do it in collaboration…a cultural organization did something with an institutional organization and it created something beautiful.”

One thing both candidates agreed on was their concern with the new CSU tuition increase.

“The fight is not over,” Rubalcava said. “The way Associated Students have approached how to lobby legislators have been ineffective.”

Rubalcava addressed his support for the loan forgiveness bill and the middle-class scholarship to not be taken off the table.

Khuraibet also explained their plan to advocate against the tuition increase to the governor, and their fight to make sure the CSU system is funded and receives the resources needed.

“We go to the governor, we campaign, we have a silent protest,” Khuraibet said. “I hope that you all join us.”

Nathan DeBevoise, an independent candidate, was also present in the town hall. DeBevoise is running for a senate seat for the College of Behavioral Sciences.

Among increasing the budget of the college, DeBevoise wants people to feel safe and have students feel that their school will protect them.

The election will take place April 12 and 13.