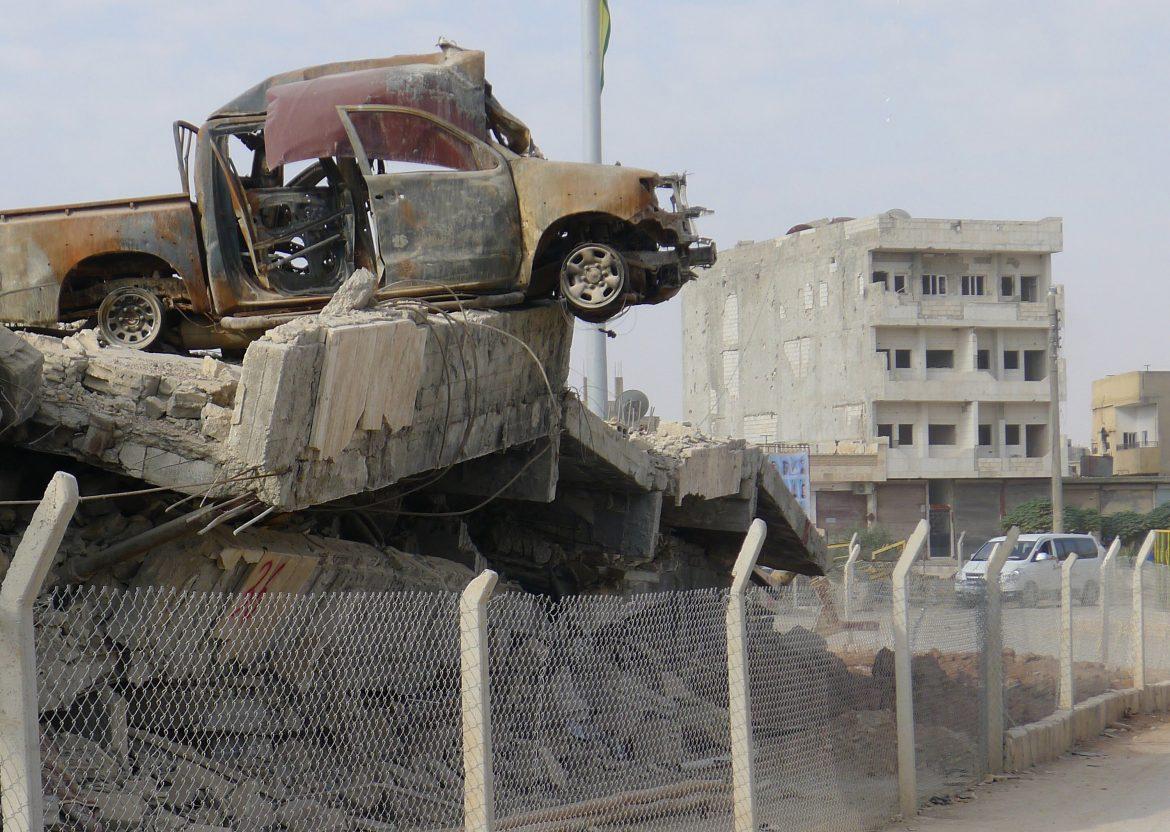 Whole buildings were leveled and vehicles thrown on top of them during the battle of Kobani in the autumn of 2014, in which Kurdish defenders, backed by American airstrikes, eventually were able to expel Islamic State fighters from the north Syrian town on the Turkish border. To the right of the pick up truck is the flag of the Kurdish YPG militia, which now runs the town. (Roy Gutman/McClatchy/TNS) /MCT

According to L.A. Times, President Trump authorized the Pentagon to launch 60 Tomahawk cruise missiles at a Syrian airbase on Thursday.

In its seventh year of conflict, the attack will be the first time the U.S. has targeted Assad’s military in Syria’s civil war. The U.S. has been focused on targeting Islamic State militants, according to L.A. Times.

Defense secretary James Mattis took military action after a briefing with President Trump and, according to officials, “The target was Shayraf airfield, with two runways in western Syria that were used by Assad’s warplanes to launch a chemical attack Tuesday against civilians in the rebel-held town of Khan Sheikoun.”

The chemical attack changed Trump’s view of Assad and how to deal with foreign disasters. Trump had a different perspective from his tweet about former President Barack Obama on Syria in 2013:

“If Obama attacks Syria and innocent civilians are hurt and killed, he and the U.S. will look very bad,” he tweeted.

The lethal gas attack in Idlib Province on Tuesday changed Trump’s mind about the situation from how he felt in 2013. However, his criticism towards the Obama administration didn’t change and is now claiming responsibility for the crisis.