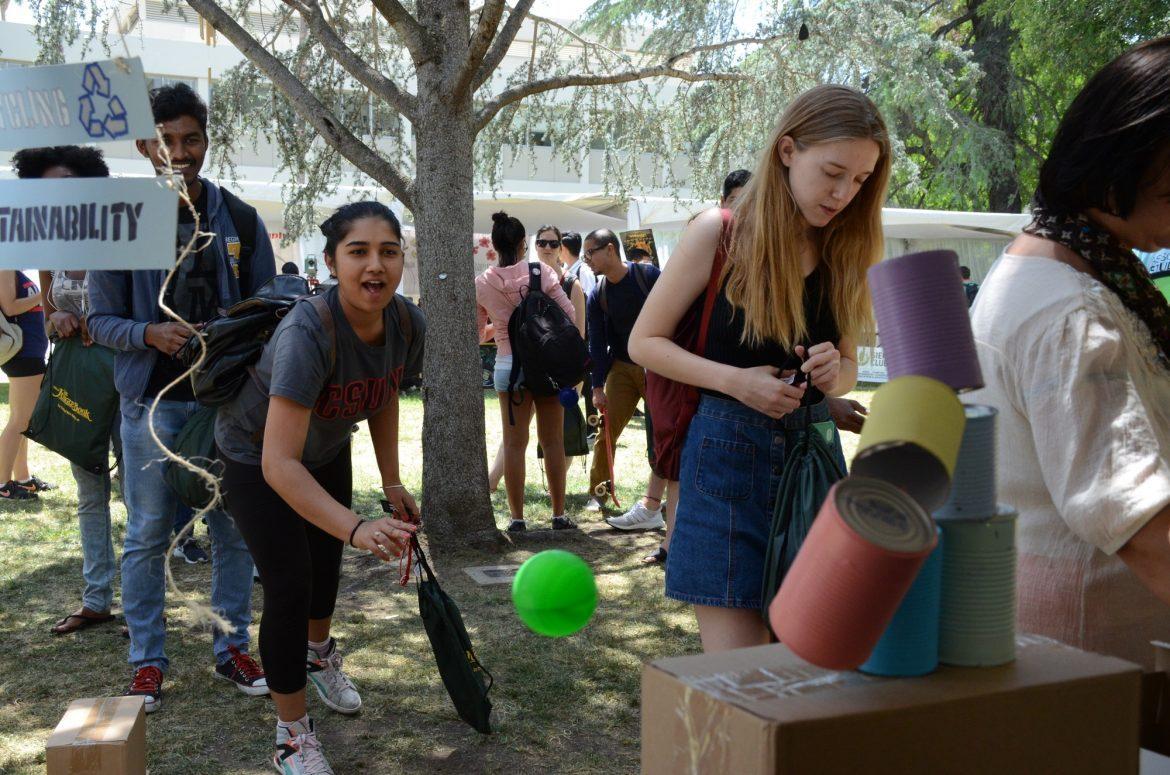 Student Gayana Karade throws a ball in order to knock down the cans to win a prize at the Associated Students recycling booth during last year's Earth Day Fair that took place in front of Bayramian Hall on April 21. Photo credit: Erik Luna

Associated Students (A.S.) will have their annual Earth Fair that will feature students, speakers, public sectors and more.

Kira Paczkowski, a graduate assistant for A.S., said the Earth Fair is important to students because it provides them with the opportunity to learn about different organizations who want to make a difference in the world.

“We are in a state of climate change and it’s affecting their daily lives and it’s going to affect their future and this is a way to gain knowledge,” Paczkowski said. “We are really just giving them the opportunity to find out more.”

Paczkowski said the Los Angeles Department of Water and Power, Public Works and Caltrans with their campaign will be at this event. There will also be music, art, vendors, giveaways, games, cooking demonstrations and information about vegan options students can make.

The five themes for the Earth Fair will be waste, water, energy, transportation and climate change. There will also be student speakers giving 20 minute segments about each of the five themes, said Paczkowski.

A.S. will also have a speaker series at the USU in the Northridge Center for “Rain: A History of Stormy Times,” which will be presented by award-winning journalist Cynthia Barnett at 12:30 p.m. This talk will be about our ancient connection to the climate and rain.

Another will be “SILA and the Gatekeepers of the Arctic: A Feature Documentary Film” presented by director and producer, Corina Gamma in the Northridge center at 2:00 p.m. The documentary discusses global warming and how it has impacted a culture which was once successful but is now trying hard to live on the northern-most frontier.