A Night at JPL 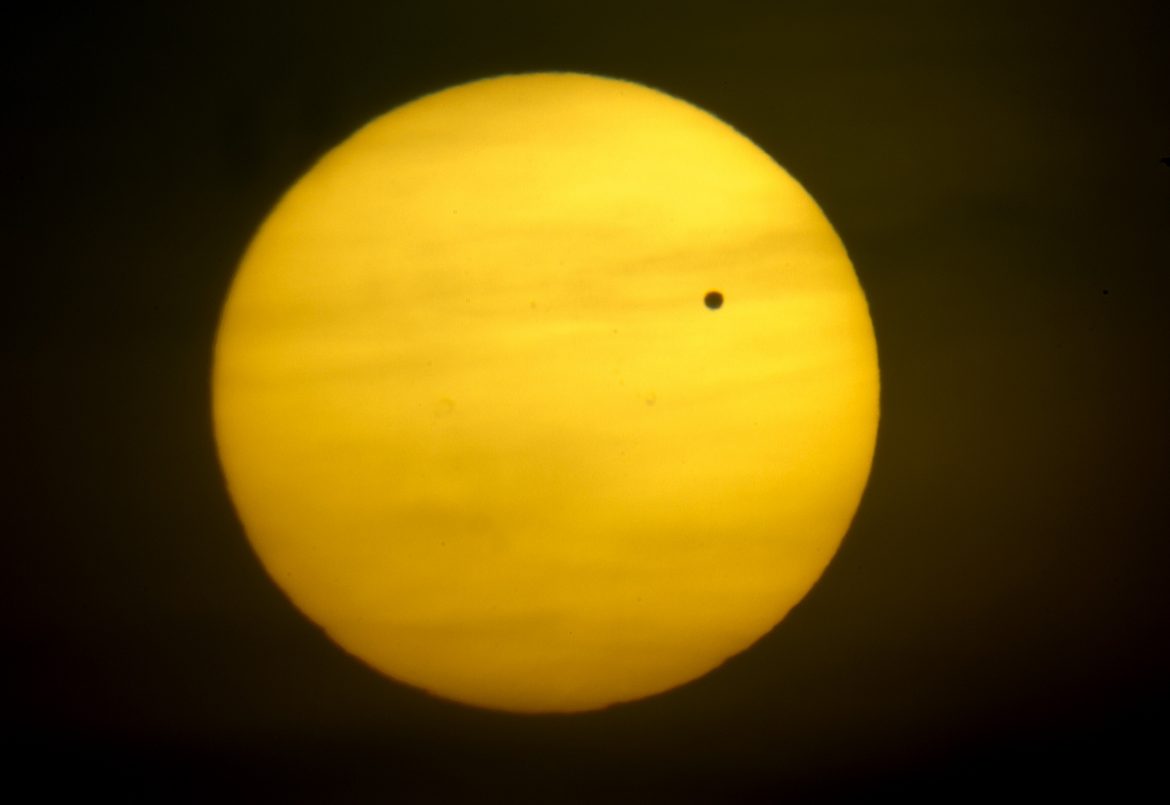 The transit of Venus in front of the sun as seen from Kauffman Stadium in Kansas City, Missouri, at sunset on Tuesday, June 5, 2012. (John Sleezer/Kansas City Star/MCT)

“There’s a whole universe out there,” said Mark Helmlinger, a speaker at the lecture. “You can’t see with your own eyes.”

Helmlinger, who works for JPL’s Imaging Spectroscopy Group, lectured about that technique as a way to gather data from far away and presented demonstrations related to spectroscopy.

Spectroscopy is a branch of remote sensing, which according to the National Oceanic and Atmospheric Administration, is the science of obtaining information about objects or areas from a distance, typically from aircraft or satellites.

According to Helmlinger, these sensors attached to the aircraft can be either passive or active. If the sensor is passive, it responds to external stimulus, the most common of which is sunlight. Active sensors gather data from an internal stimulus.

“It’s our job to make it work,” Helmlinger said.

He explained that imaging spectroscopy works within the context of the electromagnetic spectrum, which can be perceived as light.

He then demonstrated the integrated sphere, a device that all cameras, whether they are cellphones or professional cameras, are exposed to this production. The sphere projects white light, but on the inside, there are only three small red, blue, green, LED lights and can change colors by turning off certain lights. During the demonstration, turning off one of the LED lights changed the white light to yellow.

“Much of the world is beyond human conception,” Helmlinger said.

That led to the next part of his lecture where he spoke of the history concerning the discovery of the light spectrum and the scientists who made substantial contributions, such as Sir Isaac Newton.

“Science is about finding what’s physically true for everyone, everywhere,” Helmlinger said.

After this demonstration, Helmlinger outlined the various uses of imaging spectroscopy. Data received from this technique can show the placement of minerals otherwise invisible to the naked eye. This was how the discovery was made that Mars had oceans.

This imaging process found gypsum on Mars, which is a mineral which can only be created in the presence of oceans.

After the Simi Valley fires in 2003, it was used to measure burn temperatures and recovery speeds. One of the main uses is ongoing monitoring on earth.

There was also a demonstration about carbon dioxide and different types of spectrometers, and a video showing one of the spectrometers on an aircraft.

All of this comes amid a decreasing budget for NASA. In President Donald Trump’s 2018 budget, he allotted $19.1 billion for NASA, a 0.8 decrease from the 2017 CR level.