Baseball and pace of play: does it really matter? 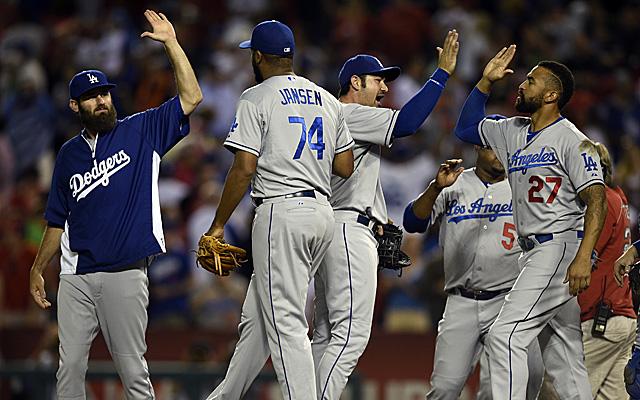 In a recent article from sbnation.com, two major league baseball games were analyzed. One played in 1984 and one played in 2014. The games were identical in the number of hits, runs scored, number of pitches made and pitching changes.

Pace of play is one of the main issues Commissioner Rob Manfred is trying to tackle since he believes it is of the utmost importance, but does it really matter? Does the time of game affect interest in the sport?

Manfred believes his league is going to have trouble grabbing the attention of future generations. He sees the fast paced offenses of the NFL, the high-scoring and high-flying action of the NBA as a threat.

His solution is to shorten baseball games due to the fear that the games drag on too long and will deter younger, prospective fans. However, is major league baseball really in trouble?

The current generation of baseball fans age 20 and up grew up in an era where baseball was king. It is only within the last 20 years that the NFL has taken over as America’s number one sport.

It is likely that this generation is going to pass on their passion for baseball to their children, which would mean a fairly consistent fan base going forward. Shaving a few minutes off of games is not going to deter these younger fans from watching.

Troy Klein is an accounting major and lifelong baseball fan. He played the sport from age three until high school.

“I don’t think the pace of play is going to have much of an effect on the number of baseball fans,” Klein said. “True baseball fans are dedicated to their teams for life and will probably pass that on to their children. Most baseball fans grow up with the sport. I think it’s hard to enjoy watching the game if you have not been a part of it.”

The last comment Klein made is key. Why is it harder to enjoy for fans who have not been around baseball before to enjoy watching the sport? Could it be because the games are dragging on too long?

Narek Pilipossian is a business major who attended his first Dodger game in 2015. He believes that is the case.

“Sometimes the length [of the games] gets in the way of the fun. At a certain point you just want to leave because it gets to be too much and too boring.”

How Much Time Are They Really Saving?

What Pilipossian said is exactly what Commissioner Manfred is worried about. In response, he began to institute new policies in regards to timing. A clock in center field now indicates the amount of time teams have to make pitching changes, start the next inning, challenge a play and more. Talks of a pitch clock and even shortening the game to eight innings are being considered.

But how much time is really being saved by these changes? According to the Associated Press, these changes only resulted in an average six minute difference in game time. Are fans really going to flock to the sport because the game is six minutes shorter? Of course not.

Kinesiology major Jacky He is what some would call a baseball “purist.” He does not want to mess with any of the rules that have made baseball great for the past century and a half.

“I get what the commissioner wants to do and I agree with some of the measures he’s taken,” He said. “There’s no way true baseball fans will tolerate any extreme rule changes. Stuff like making the games eight innings instead of nine is just crazy.”

The fact is, Major League Baseball (MLB) does not need to make any extreme changes going forward. According to Forbes, the league saw record revenues for the 2015 season and a $500 million increase from the season before. They trail only the NFL in revenue as a league.

“Baseball has been popular for 150 years. It’s not going away any time soon,” He said.

It’s a tricky situation for Rob Manfred, but he must toe the line carefully. His obsession with shortening the games is on the verge of going too far, and with that he risks alienating his current fans in favor of pursuing new ones.

While some of the guidelines instituted have benefited the game, the commissioner has to realize pace of play is only going to take the league so far, and MLB will never surpass the NFL as America’s sport again. He should be content with where the sport is and encouraged by the numbers going forward.

True baseball fans can only hope the sport does not become indistinguishable from the game we have loved our entire lives.