Players discuss the road back from major sports injuries 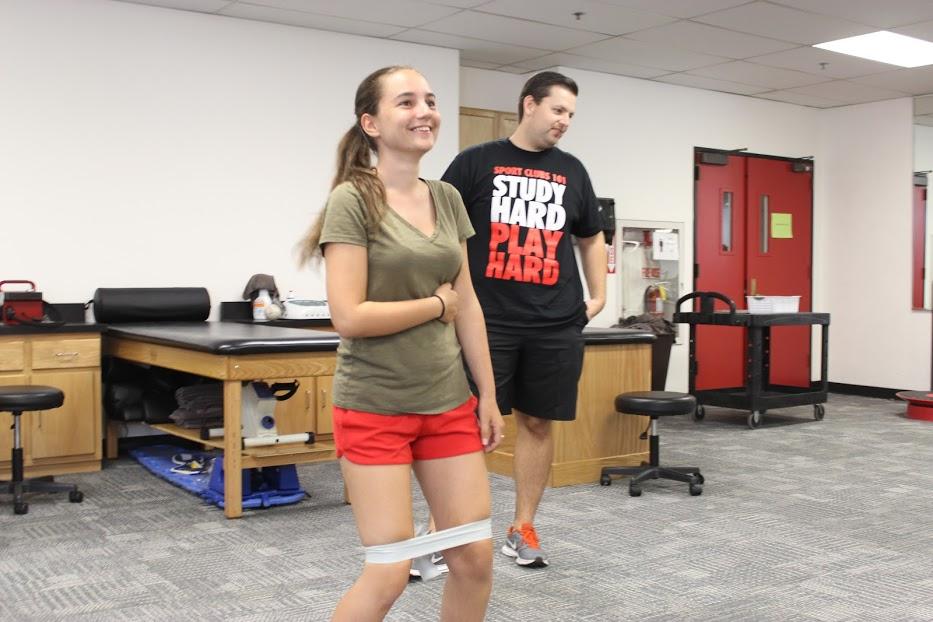 Running down the sideline during the final game of the CSUN Rugby season in 2014 against the University of Montana, the outside center cut back, but realized it was a bad move so he stopped in his tracks. He was then grabbed by one of the opposing players really low before he heard something go wrong.

“There was this loud pop and at that point, I knew I messed something up for sure,” said Stephen Saldate, a kinesiology major. “Everything below my knee was facing the other direction than everything above my knee, and when they popped it back into place all the pain came out and I was like ‘crap I am definitely hurt.’”

Saldate tore his ACL and underwent a long process of rehab to get back on the field. He had already been through an experience similar to this when he tore his meniscus back in high school, so he felt prepared going through another painful injury and rehab process.

However, most athletes dealing with this sort of injury for the first time have different experiences and the process could be a hard time to get through.

Joyce Lee, a sports blub athletic trainer, said after an injury people get different reactions. Lee first wanted to calm the athlete down and reassure them that it will be okay and prepare for what the specialist might say after testing is done.

“By that point if we have a good idea and prepare the athlete and they go to the doctor to get their injury checked out, for the most part I feel the athlete reacts in a better way,” Lee said.

One of the biggest concerns for the injured athlete according to Ashley Samson, a CSUN professor who focuses in sports psychology, is whether or not they are going to play again at the level they were before suffering an injury.

“They worry about losing a starting spot or the team moving on without them and getting left behind,” Samson said. “The longer the athlete is out of play, the more mental concerns we usually see.”

Saldate went through six months of physical therapy to regain strength. He had to use muscle simulators, get his walking gate back to normal, worked on his stability and balance back, but the hardest part of the process was working on his hamstring to get it back to 100 percent.

“They had to grab my leg and push my heel to my butt and that was the most excruciating pain I ever felt,” Saldate said. “That pain was worse than tearing my ACL.”

Samson said if players over analyze every feeling their body gives them, it can have an impact their mental state as well as their performance. Once a player is able to physically play, there is still a mental block some they have to go through.

“There are two sides that the athlete has to be ready, physical and mental,” Lee said. “You want to send the full play and full activity being prepared in both aspects.”