Students on campus to campaign at March for Science 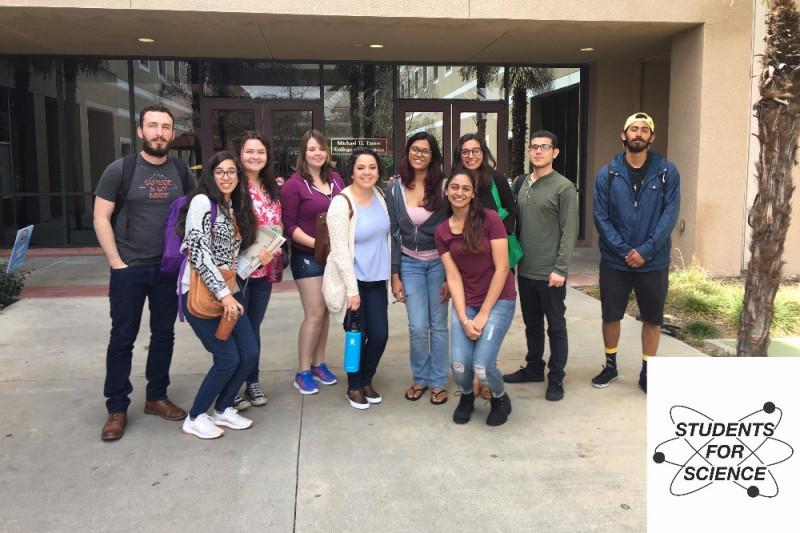 Scientists are not the only ones feeling left out by recently proposed cuts to science and the arts – CSUN students are also reacting.

One group on campus, Students for Science, is looking to get students involved in protesting the cuts, and is starting with the upcoming March for Science in downtown.

“There’s ten of us in the group,” member Amanda Galvez said. “We mainly want to bring a large student-led presence to the march so everyone can kind of feel the impact that students care about the sciences.”

The club started with several sustainability students who felt strongly about the need for action on campus in light of the recent election, as well as the dangers of downplaying the role of science in everyday life.

“After our most recent election, we started seeing a lot of different scientific organizations being silenced by our current administration,” another member, Joshua Anderson, said. “Seeing the march for science organized was a very reassuring sort of movement for me.”

The Trump administration has proposed billions in budget cuts for areas of research such as disease and climate change. Last month, the Office of Management and Budget’s director, Mick Mulvaney, stated the administration would cut all funding for climate research.

“As to climate change, I think the president was fairly straightforward. We’re not spending money on that anymore,” Mulvaney said, calling it a “waste of money.”

Galvez and Anderson said it’s important to remember it’s not just the sciences that are at risk of losing funding, but the arts as well.

“I think it really pertains to elementary school kids when you’re taking away their science and their art, those are things that really shape people,” Galvez said. “So not only is it affecting us, but it’s really affecting those future generations.”

According to Galvez and Josh, Students for Science has found cooperation from both the Associated Students and from the Institute of Sustainability. They also listed sustainability professor Loraine Lundquist as a major influence.