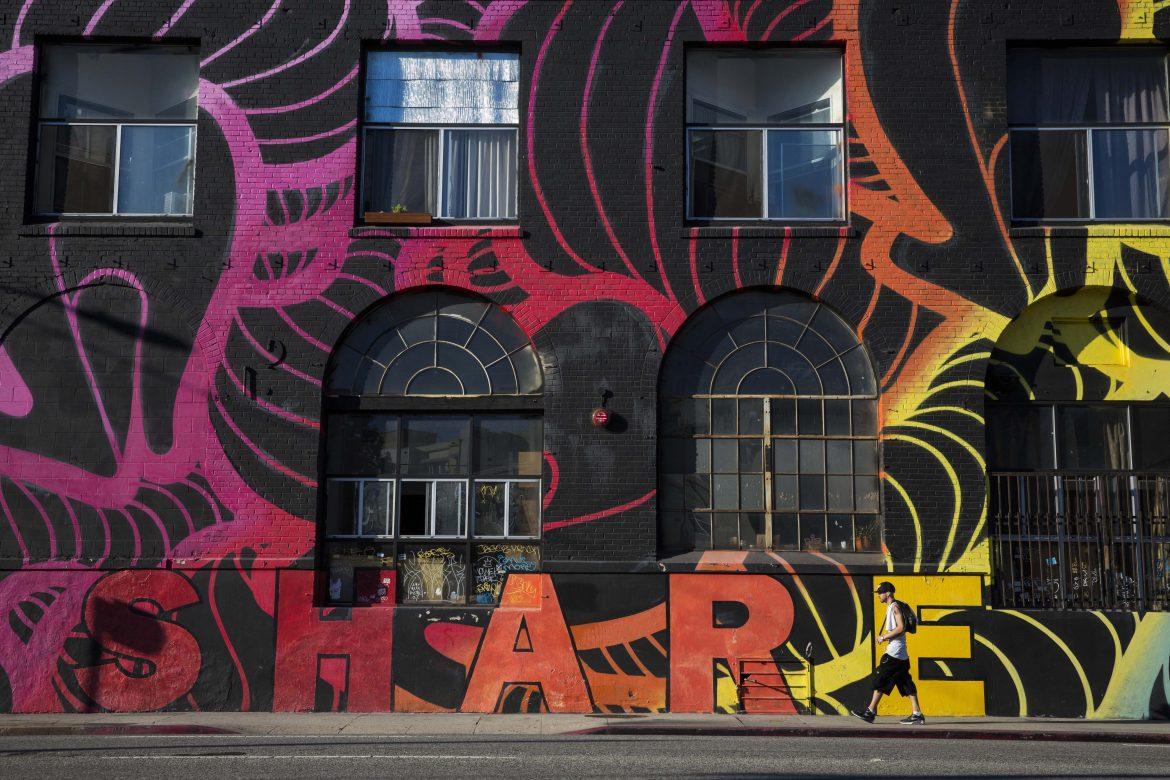 A man walks by Art Share L.A. on July 21, 2014. Art Share L.A. has become a sanctuary for the arts in downtown Los Angeles and maintains a 28,000 sq-ft warehouse where they provide 30 subsidized live/work lofts for artists and offer classes, exhibitions and events. (Jabin Botsford/Los Angeles Times/MCT)

Every Thursday, Laemmle’s and Eat|See|Hear bring classic movies back to the big screen. This month, Laemmle’s movie theme is “April at Bat.” The featured presentation this week will be “The Natural,” a movie about a baseball player who becomes an overnight sensation.

For the third year the Art Walk has celebrated World Art Day by hosting various project such as exhibitions, pop-up stores and performances. Although World Art Day falls on April 15 (Leonardo Da Vinci’s birth date), art enthusiasts will have until Sunday, April 16, to celebrate.

VRLA event-goers will have the opportunity to virtual reality and augmented reality demonstrations, education sessions and other related expos.

Thrones! The Musical Parody has been sold out in three cities around the world and it is now in Los Angeles for the entire month of April. Warning: SPOILERS!

*Goldstar.com offers discounted tickets to the events above. Tickets in official event websites are priced regularly.