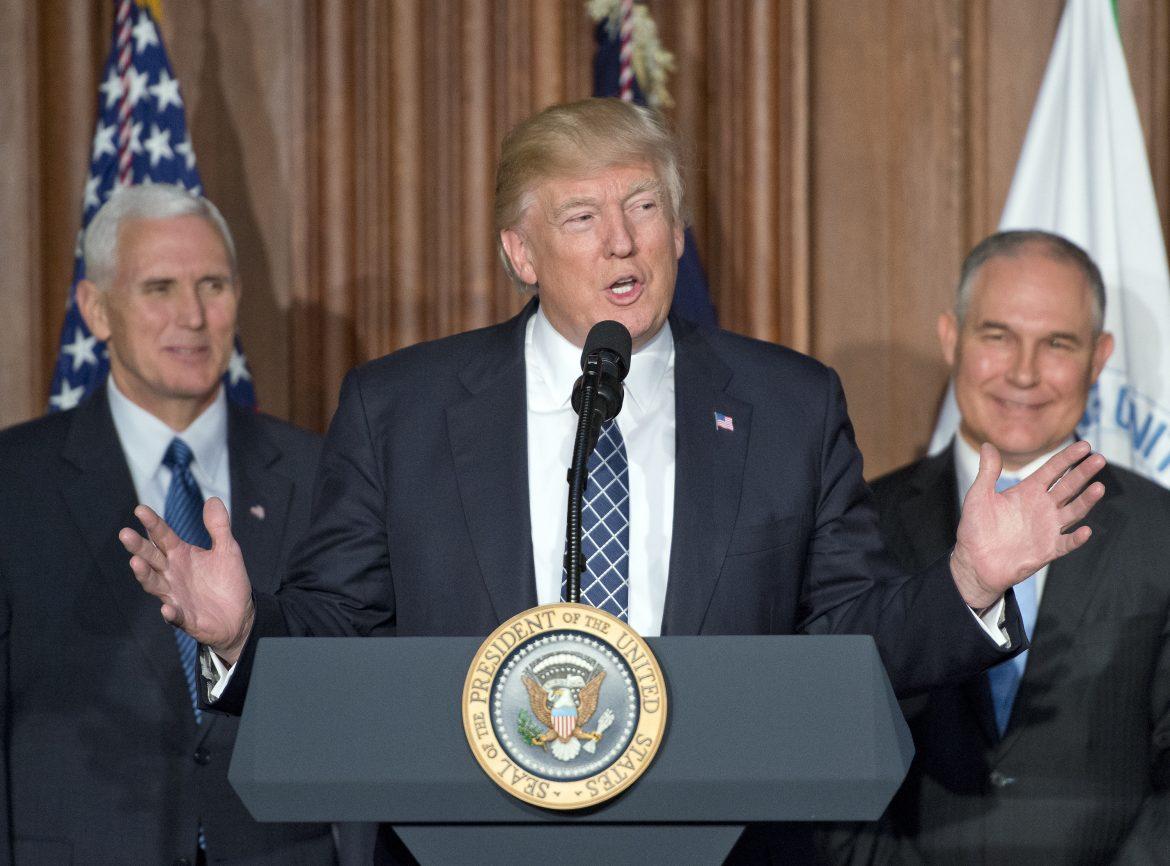 The executive order mainly aims at eliminating the Clean Power Plan, a set of rules regulating energy plants powered by fossil fuels. However, the order also targets a federal temporary ban on coal leasing, and the social cost of carbon, according to a Washington Post article.

On August 3, 2015, President Obama announced the Clean Power Plan, an effort to reduce carbon pollution from power plants, according to the United States Environmental Protection Agency.

“These final emission guidelines, will lead to significant carbon dioxide (CO2) emission reductions from the utility power sector that will help protect human health and the environment from the impacts of climate change,” the EPA said in the Federal Register.

Before the Clean Power Plan came into effect, power plants could release unlimited amounts of carbon pollution into the atmosphere.

The Clean Power Plan claims to put our nation on track to reduce carbon pollution by 32 percent by 2030. This regulation lowers pollutants that can create dangerous soot and smog which will ultimately result in fewer premature deaths, asthma attacks and hospitalizations, according to the EPA.

“The plan was essentially to try to reduce greenhouse gas emissions from power plants,” Curtis said.

“So essentially, what Trump is doing is getting rid of any kind of reduction in carbon dioxide emissions,” Curtis said. “He is rolling back on what Obama did to get rid of any protections. The U.S. is a large producer of greenhouse gases, the second largest in the world. The effects of dismantling this plan could be detrimental and negatively impact global climate.”

Sustainability is a priority at CSUN and it is integrated into various aspects such as operations and infrastructure to outreach, education and research, according to the Institute of Sustainability.

In the fall of 2012, President Harrison requested the Institute for Sustainability and its affiliates draft a sustainability plan for the University. CSUN has developed a 10-year Sustainability Plan that lays goals and activities in ten different functional areas.

Peter Bellin, environmental and occupational health’s department chair, explained that while this new order may affect the entire country, the CSUN community will continue to progress.

“CSUN’s sustainability effort can go on,” Curtis said. “We can still have an impact and take action here on campus. What Trump did was dismantle regulations that will push the country backward, making it harder to reduce carbon dioxide. But CSUN can still continue on with action plans.”

Trump has also targeted the federal moratorium on coal leasing, and the social cost of carbon.

In 2016, the Obama administration placed a moratorium on new coal leases due to overpricing and pollution. The moratorium considers the social cost of coal which refers to the literal price of carbon pollution.

Trump’s order to lift the moratorium is aimed at delivering a campaign promise of bringing back coal mining jobs.