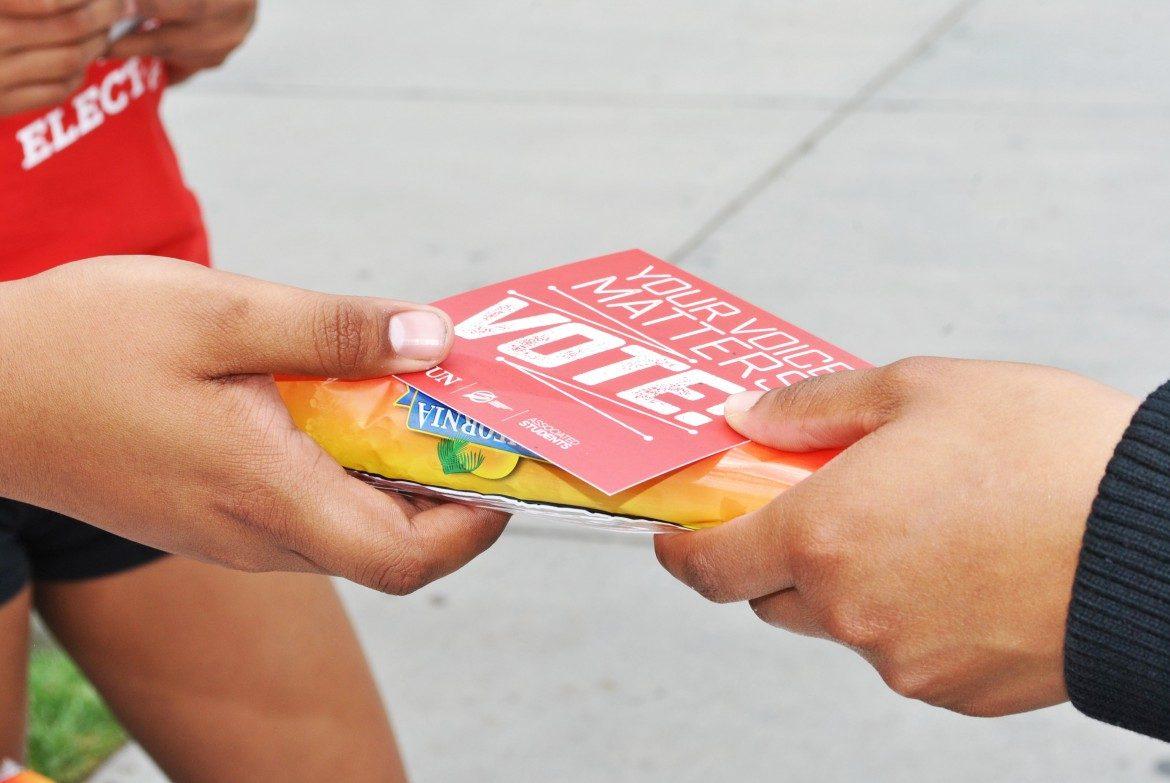 AS committee members stood near the voting stations passing out ice cream and flyers to promote the elections during the April 2016 elections. File Photo: The Sundial

As Associated Students (A.S.) elections are happening this week, the three competing slates near voting days. Vice President (VP) candidate Erika Villalvazo, from the “United We Stand” slate, has been denied eligibility to run.

All candidates running for a position within A.S. must have a minimum undergraduate GPA of 2.5 or a graduate GPA of 3.0, according to Article V – Qualifications of the Power and Senate in the A.S. constitution. Villalvazo had not met the 2.5 GPA requirement stated by the General Elections Code.

The “United We Stand” candidates did not respond after The Sundial made numerous attempts to get into contact.

Chair of Election Jaelin Palmer, said that ultimately the student is responsible for ensuring that their GPA meets the requirement and that Villalvazo was notified within the one week deadline for filing.

Villalvazo attached screen shots to her appeals showing dated emails between her and her professor requesting a recalculation of her grade. The professor realized he had missed grading a few of her assignments. Although her professor eventually updated her grade, the committee argued that her eligibility at the time of filing was still below the requirement.

Initially, Villalvazo had requested an appeal to the judicial court after the elections committee had denied her ability to run. The appeal was denied and the committee decision remained. Villalvazo appealed again but was denied eligibility by the A.S. Senate on Monday.

“The A.S. Senate discussed the matter this morning and voted to uphold the Judicial Court’s decision, and therefore Erika and Nick are disqualified from running in this Election,” Palmer said.

After this situation, Palmer said that she is open to reviewing the election code to ensure a better election experience for students.