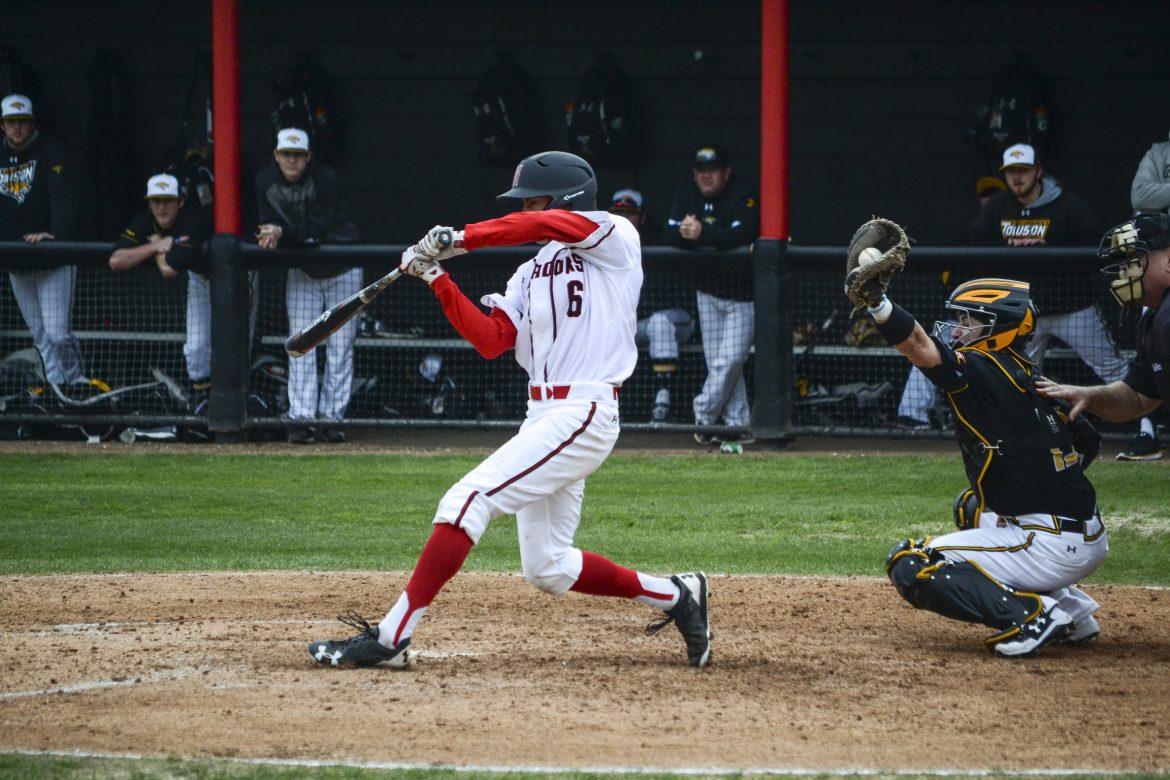 After taking an 2-0 lead, the Matadors could not overcome their mistakes, allowing four runs with an error, a hit by pitch, two walks and two wild pitches losing against the CSU Bakersfield Roadrunners 4-2.

For the first three innings, the Matadors matched zeros with CSU Bakersfield. A lead-off double by second baseman Alvaro Rubalcaba in the fourth inning got runners on base to set up a scoring opportunity. A sacrifice bunt and a RBI ground-out by first baseman Kevin Riley gave the Matadors a 1-0 lead.

In the fifth inning, the Matadors extended their lead, this time cashing in on a lead-off walk to third baseman Nolan Bumstead. Left fielder Michael Russo drove him in with a two out RBI double.

After walking the lead-off batter in the sixth, relief pitcher Joe Ryan replaced Diaz and got out of the inning stranding the runner on first, but his pitching came undone in the seventh inning.

After two hits, a walk, an error, and a run scored, Ryan was replaced by relief pitcher Justin Toerner, who started the game in center field, but could not find the strike zone.

Toerner walked a batter in the second run of the inning, and then a sacrifice fly ball scored another run. Toerner threw back to back wild pitches to allow the fourth and final run of the inning, giving the Matadors a 4-2 deficit to try and overcome.

However, the Matadors could only manage one base runner in the final two innings and went quietly down in the night.

They will be playing a three-game series against Big West Rivals Long Beach state starting on April 12 at 6 p.m.