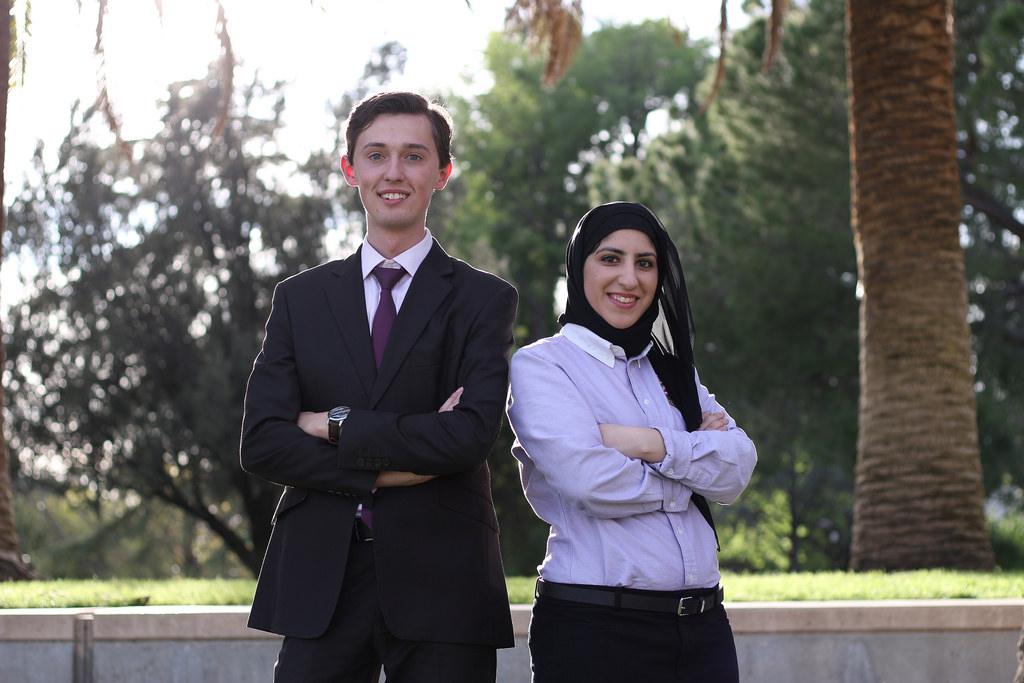 With a 17.2 percent voter turnout, the results of the Associated Students (A.S.) 2017 spring election are in.

CSUN A Better Future candidates Jonathan Goldenberg and Zahraa Khuraibeh will serve as President and Vice President for the 2017-2018 school year, which was announced on a live feed from the A.S. Facebook page Thursday afternoon.

Students had the chance to vote via email or in-person at the voting polls that were located in various parts of campus on April 12 and 13.

The ceremony at the University Student Union also announced the winners for senator positions in various colleges: