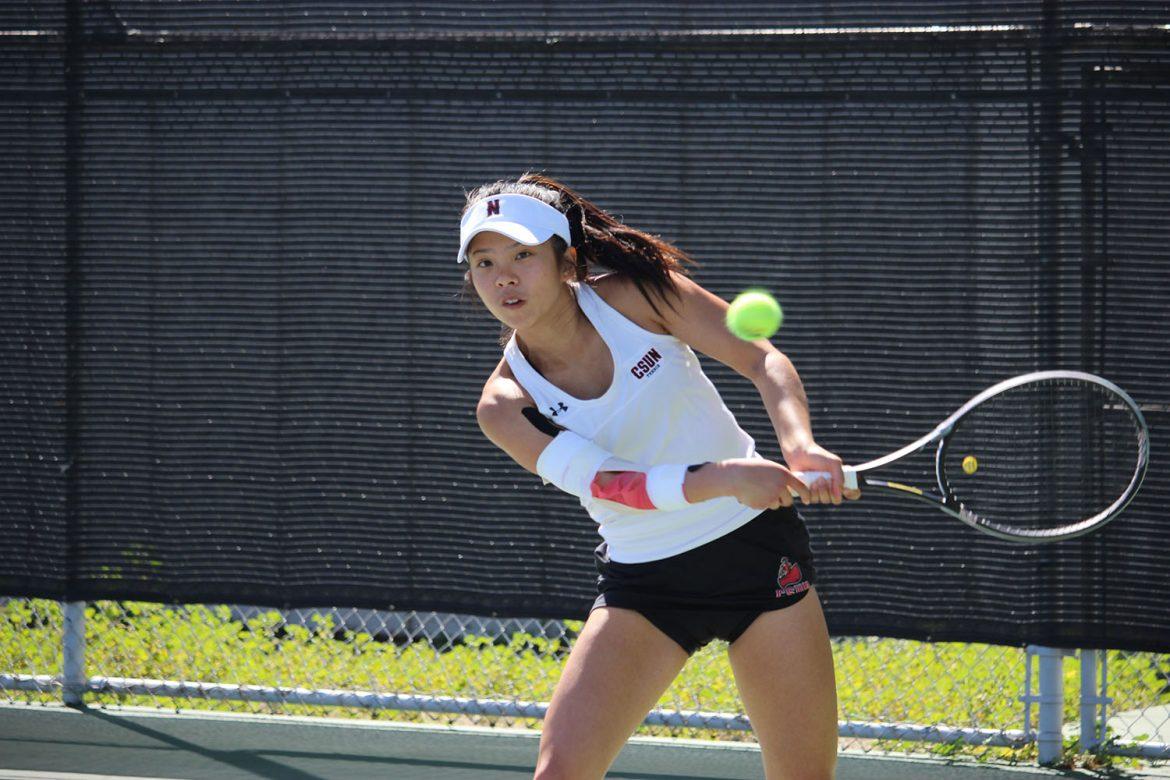 Women's tennis senior Mickey Hsu facing off against UCSB Junior Palina Dubavets in an unfinished match 3-6, 6-4, 0-3 April 2, 2017 at CSUN. "It hurts, like every single ball I hit, so I'm just trying to adjust my game plan a little bit," said Hsu about her injured arm. "I'm really like just playing for the team." Photo credit: Robert Spallone/The Sundial

The women’s tennis team put up a fight on senior night, but could not come away with a victory against Cal State Fullerton.

The Titans grabbed the doubles points with wins in the first and third draw. While they also came away with victories at number two, four and five during singles.

Though CSUN lost, it was the seniors who were the stars of yesterday’s match.

Lin has been a three-time honorable mention in Big West as an outstanding doubles player during her first three seasons.

Poei finished off her senior season strong leading the team with 11 singles victories, with a 47-25 in her CSUN singles career, ranking 11th in school history.

Judan has played her last three years as a Matador, and this season with doubles partner, Elisaveta Nosenko. They won in number three doubles during the home opener.