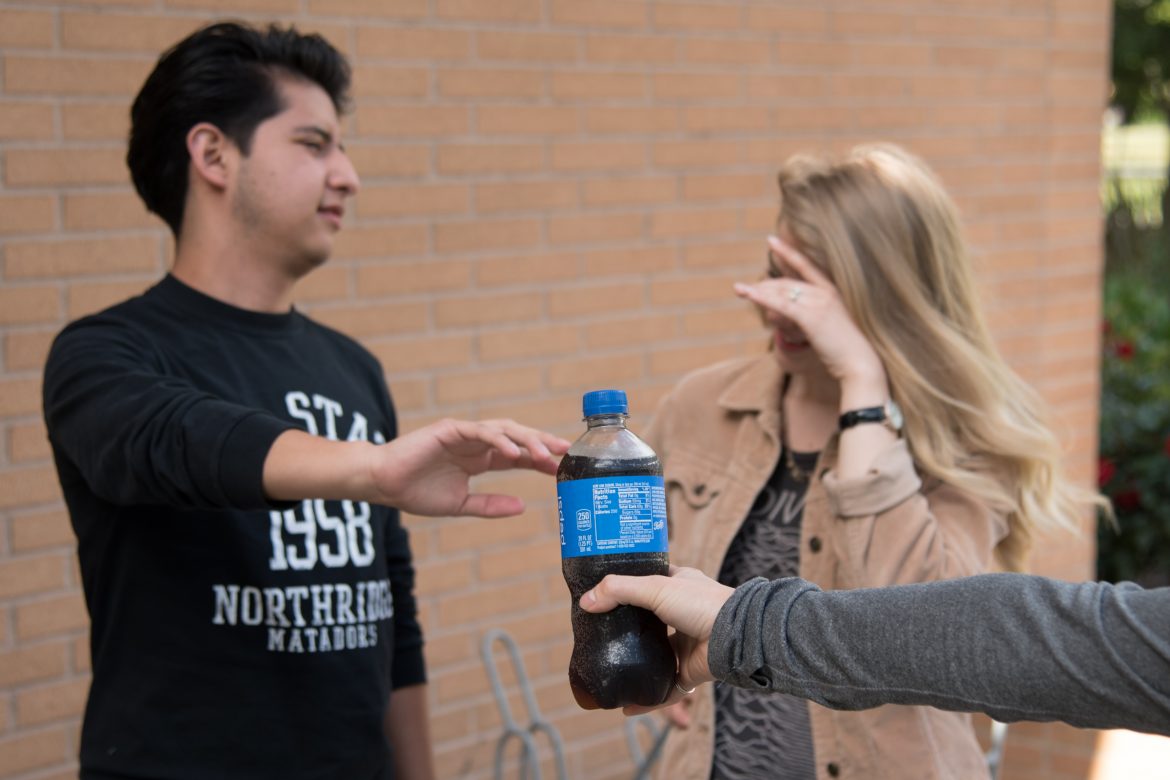 Throughout life, people don’t often reflect on how their actions or statements can influence others—especially strangers. A small offhand comment can cause a hurricane, or a word of positivity can swell a person’s heart twice its size.

Imagine being able to influence one person a day. Imagine the power that holds in the decisions and thoughts that person may make.

Now imagine you didn’t affect just one person a day, but millions. By the hour. By the minute. By the second.

Earlier this month, Pepsi released a new soda commercial that placed fashion model Kendall Jenner at the forefront of a large protest for an unknown, yet seemingly passionate and powerful cause. In the commercial, Jenner joins the protest (reminiscent to the anti war protests in the 60s) and ends the protest not through awareness of the serious issue in question, but by handing a heavily armed police officer a can of Pepsi. The crowd cheers, and it cuts to the ads main tag line “Live bolder, live louder.”

At first glance, the ad seems harmless. It is lighthearted, and aims to present an idealized version of our world that promotes peace, sharing and love. However, at second glance, people began to be outraged by the message the ad relayed: that the only weapon the people have left in their artillery to fight back was being dismantled by the perverse lightheartedness of this advertisement, during a very dark, tumultuous time in our history.

In the commercial, it seemed as if Pepsi, or rather the world, was purposely being ignorant of the hardships that people who attend these kind of protests have to face every day. It seemed as if it was okay to appropriate important causes such as the Black Lives Matter protests, for the sake of selling a beverage.

The commercial seemed disturbingly ignorant of the struggles of minorities and people who feel don’t like they have a voice in this country. It undercuts the efforts of those fighting through blood, sweat and tears over causes they believe in.

Imagine Martin Luther King Jr. or Malcolm X winning the civil rights movement by merely providing police officials with a carbonated beverage. If only life were that simple.

Although Pepsi is getting a lot of flack for the entire debacle, the recipient of most of the outrage and anger towards the ad is directed toward Jenner, who merely modeled in the ad. She mainly serves a figurehead for the commercial through her fame and influence rather than being creatively tied to the project itself.

Though this is true, the anger directed towards Jenner lies, not in her creative contribution to the ad, but to the power of her influence she inflicts upon her fans by participating in it.

Whether celebrities know it or not, their actions insight reactions upon other individuals. The question lies whether they are morally or even civically obligated to understand the social repercussion of their actions.

Some argue that it is not their responsibility and they are not in the position they are in to have social consciousness, accompanied in choices they make or the actions in which they pursue. However, even if this were true, there is no avoiding the undeniable truth that their clout within society unceremoniously holds weight amongst the public.

It invokes reaction not only among the impressionable, but among those that are worried about impressing.

The problem with this commercial then becomes two fold through the offense of its lightheartedness, but also at its long term repercussions by celebrity influence. In Jenner’s case, this means that people may ignorantly assume that there are no real problems in America, that Black Lives Matter is not a huge issue and everything is perfect and great when it comes to social issues.

Through ignoring these social responsibilities, celebrities can unknowingly unravel and destabilize what those fighting for civil and social justice have long tried to embed into the minds of the ignorant: that humans are humans are humans and that we all are equal.

To undercut these efforts by unwittingly influencing their fans otherwise, (whether or not it was on purpose), does the world and humanity a massive disservice.

Whether it is desired by celebrities or not, people follow what they choose to say or do, leaving them with a social responsibility to try to improve the world we live in, or at the very least, not add fuel to the flames. Due to celebrities influences over their audiences, they should be conscious of what and whom they choose to support and how they relay that message to the public.