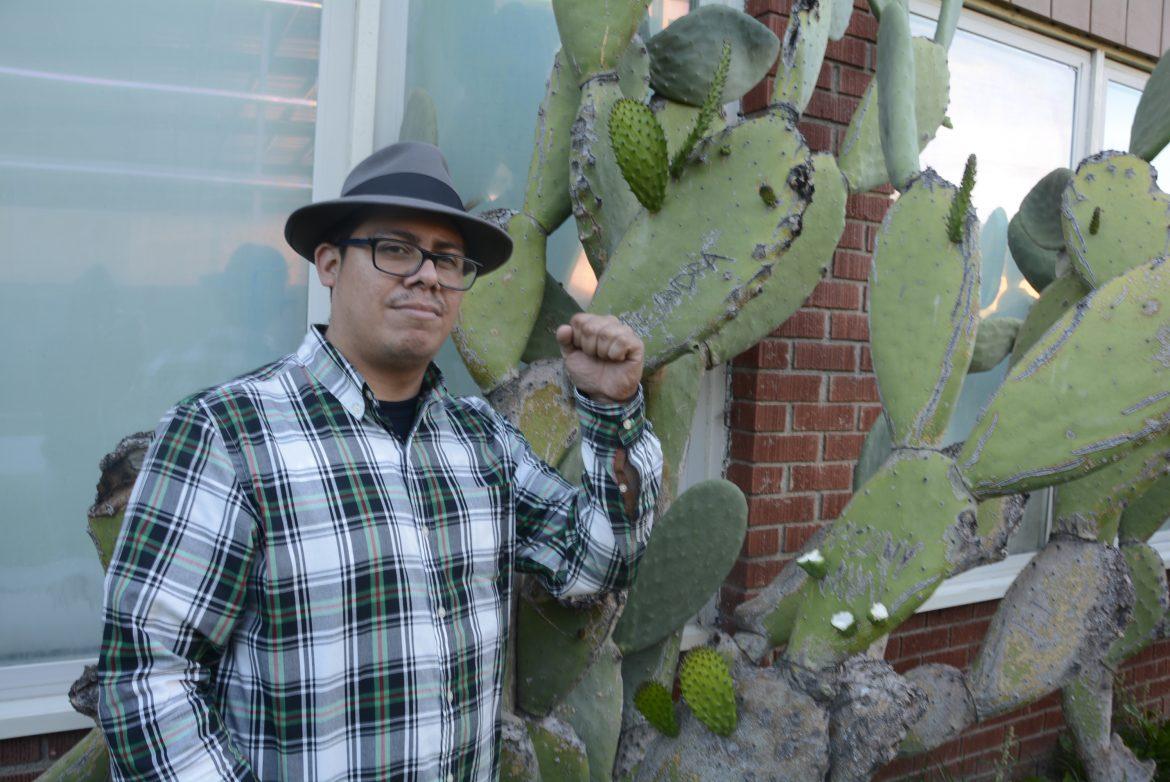 "Don't give up. You need to love yourself. Be willing to learn from others and be true to yourself," Grunauer said. Photo credit: Jessica Herrera

Since 2008, the 30-year-old DJ has focused on tying his music with organizations and fundraisers relating to social justice. When he DJ’s, he plays music with positive messages with the goal to bridge what he’s learning in his studies with music that he listens to and creates.

Grunauer and his friends created an organization called “Xincanx Organizers Cultivating Humanity and Indigeneity in Teaching and Learning” (XOCHITL), which aims to see an increase in high school graduation rates for people of color in the Los Angeles area.

XOCHITL was inspired by the banned Mexican American studies program in Tucson, Arizona, where high school graduation rates for people of color were high. Students were more involved and more excited about their education, which is a change Grunauer and his friends want to see in Los Angeles and why they created the organization.

Grunauer was the supplemental instructor for Chicana and Chicano studies professor Mary Pardo, and assisted her with leading and teaching groups of students.

“Usually, supplemental instructors stick to following the rules, which is good, but George went beyond that,” Pardo said. “He contributed with great material and activities. He was a great role model to inspire the freshmen who seldom have much knowledge about Chicano and Chicana studies or activism.”

Pardo is grateful of Grunauer’s contributions to the Chicana and Chicano studies department and said he has enriched lives of students.

With M.E.Ch.A., which stands for “Movimiento Estudiantil Chicano de Aztlan,” events such as Dia De Los Muertos, invite the community to partake in a celebration for the dead. Endependence is another event that teaches the community to become self-reliant.

Grunauer said these are all group-led events and it takes an entire community to make it all happen.

“It takes a group of people for change to happen,” Grunauer said. “That’s one of the reasons I decided to help create XOCHITL because I know I can make a bigger impact in the communities if I’m working with other people who have similar goals. It’s going to take a nation of millions, like Public Enemy said, to make change.”

After taking his first Chicana/o studies class at Santa Monica College, Grunauer was motivated to be different than what he believed society expected and established for him.

“I started understanding my position in this society, what this Eurocentric society expects from me and decided to control my own destiny and say that I’m not just going to be another statistic,” Grunauer said. “I wanted to make a positive change.”

Grunauer is motivated by injustice he sees on the streets and on TV. It angers him but keeps him focused on making change.

Salinas said Grunauer’s commitment to community building and to his students stands out.

“He has created a community with the students and I have learned a lot from him,” Salinas said. “He has made working with his a great experience. From being a DJ to being apart of social movement organizations. He is super down to earth.”

His willingness to listen and learn from others is what makes Grunauer unique. He said the Chicana/o studies departments on campus has given him the tools to help him understand his own self-importance and the importance of giving back to his community.

M.E.Ch.A. will be hosting the Raza Youth Conference on April 29, which invites high school students in the San Fernando Valley area to take workshops focusing on multiple identities and how to heal, which is their theme this year. High schools can sign up through the M.E.Ch.A. de CSUN website. Other future events will be on low rider culture and indigenous methods.