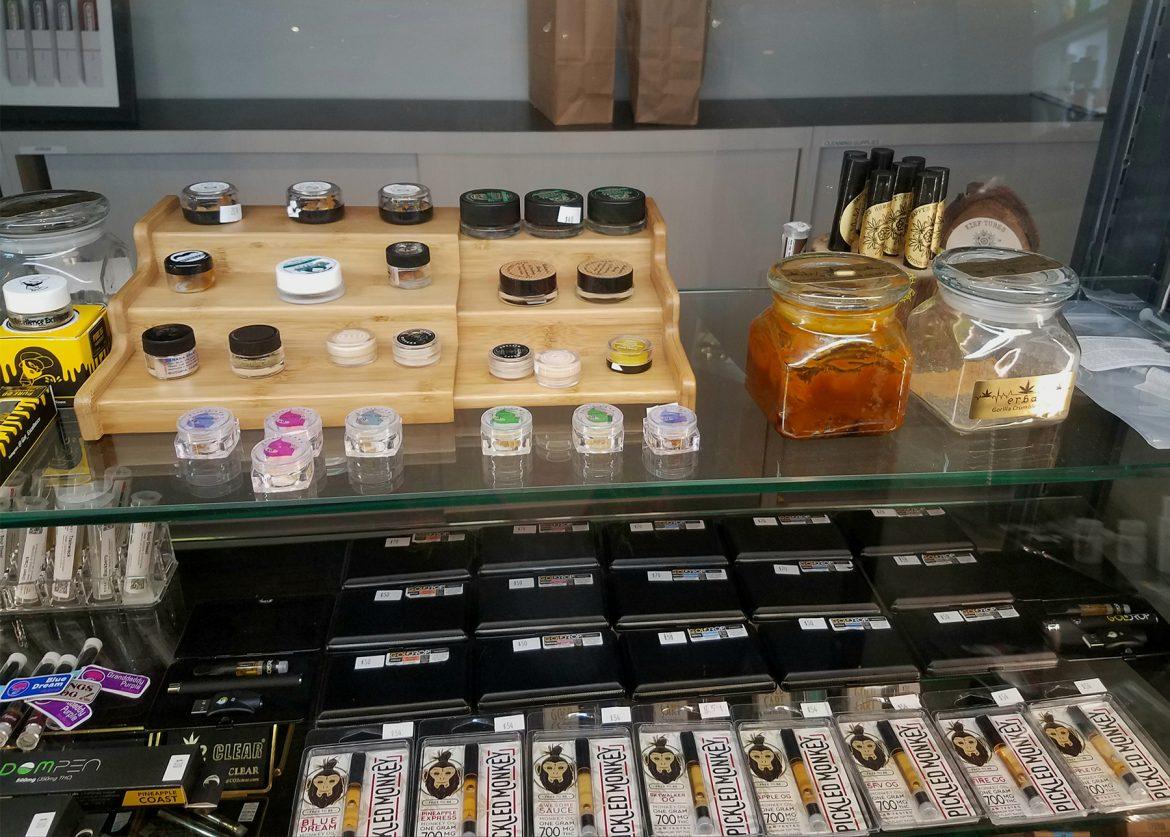 Wax or THC concentrate oils have been dominating the marijuana game for several years now, and much of the hype is credited to the far more intense high consumers get from using such little amount of product according to cannabis.net.

“Wax is on a different level,” explained front desk worker at Erba Collective in Santa Monica, Calif., Serena. “Once you go wax you don’t go back because you build such a high tolerance from smoking wax that flower just won’t cut it anymore.”

According to Cannabis.net wax (also known as shatter, dabs, sugar, or oil) is the newly evolved form of consuming marijuana (also known as flower, herb, weed, pot, tree, or grass), and when smoking just one dab can equate to 3-10 inhalations of herbal cannabis.

“Wax is just another term for concentrates,” said Erba Collective Medical Cannabis Advisor, Chase Wilkinson. “So by creating wax you are now super-sizing the natural state of marijuana, and trying to take it’s simplicity and make it better.”

There are a few significant steps to extracting the THC from marijuana plants to then create the shatter used to dab. To start, marijuana growers have to use butane to freeze the cannabis plant in order to melt away all of the THC, explained Wilkinson. The residue is then placed in a condensing-like machine where it becomes vacuum-pressed into shatter.

“The butane will freeze off and break down the plant, so it is less work for more money,” Wilkinsom said.

According to The 420 Times, shatters look like glass with a amber tint to it, oils have a consistency like molasses, budders have a creamy look to it, and lastly waxes range from creamy to crumbly due to the different methods of production (CO2, butane, or solvent-free).

“People want higher levels of THC, and think that more is better, so growers give them what they want by creating wax,” Wilkinson said.

However, when talking to frequent marijuana consumer and CSUN senior Bianca, she said she prefers herb to wax because wax is just too powerful.

Today’s concentrates can contain 70-90 percent of THC, whereas old fashioned pot will only have about 30 percent present, according to Cannabis.net.

To smoke wax or shatter, consumers can use a dab pen, or can use a butane torch to heat up a dab rig to then drop a piece of wax that quickly vaporizes and is then inhaled.

“I like smoking wax from a pen, but smoking from a rig is too much,” Bianca said.