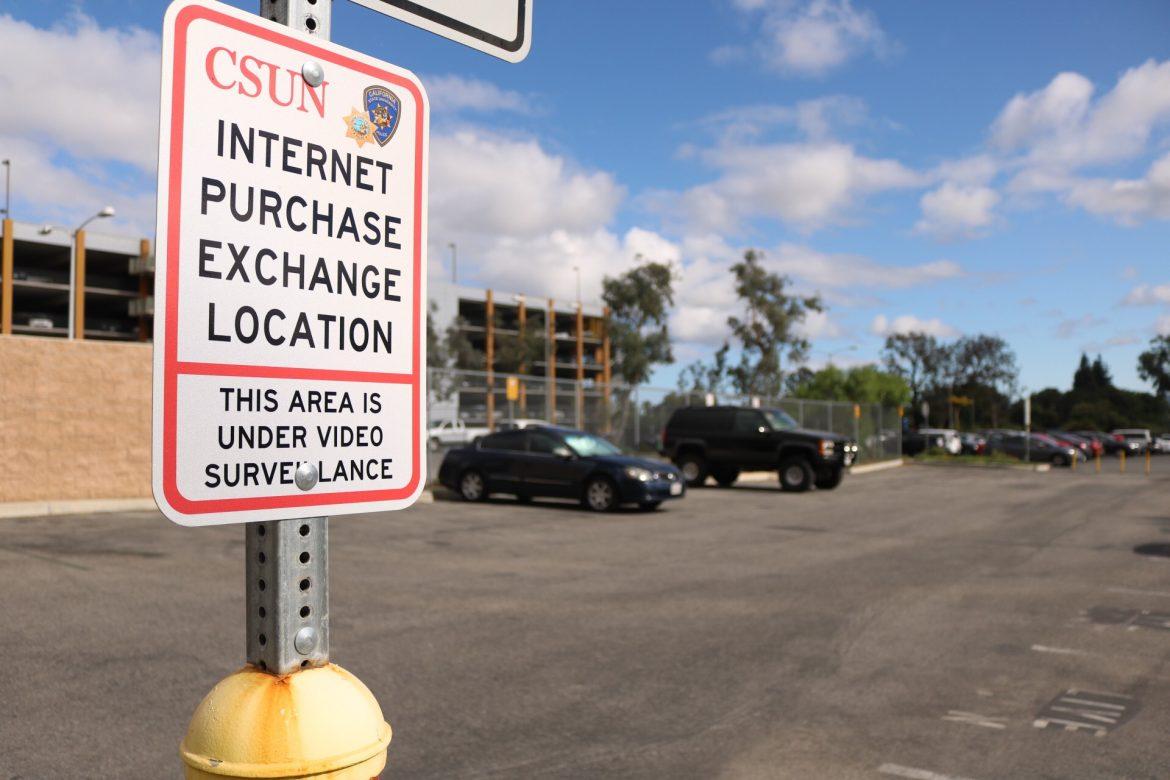 The Internet Purchase Exchange sits on Darby Avenue behind B3 parking structure.

In response to theft reports last semester, the Department of Police Services and Student Affairs put together a new way for the CSUN community to make sales with “Internet purchase exchange parking.”

There will be two designated parking spots in the police services parking lot that offer free 15-minute parking for students and the surrounding community to sell their items.

“What better place to do it,” said Captain Scott G. VanScoy, who has been with the department for 20 years.

Dr. William Watkins, vice president of Student Affairs, came up with the idea when he went to visit San Francisco Sate University. Watkins then collaborated with CSUN Police Chief Anne Glavin, who handed the effort to VanScoy and Crime Prevention Coordinator Stacy Nowak.

The program was ready after three to four weeks of planning. The two parking spaces will be constantly under camera surveillance.

“We hope it will deter crime, especially by individuals who would prey on unsuspecting students who may be new to our urban area,” said Watkins in a statement.

VanScoy said that this crime has been a growing phenomenon not just on campus but at a nationwide level. After last semester’s thefts, the police department analyzed the crime at the campus level. They found that suspects usually asked victims to meet in the parking lot behind the church across from the dorms, away from heavy foot traffic.

From these incidents, there was one assault reported but it was minor, and no weapons were part of the robberies.

VanScoy said the department will begin handing out cards promoting the new program this week. In addition, there will be tabling events at the USU, Oviatt Library, and next year’s freshman orientation.

According to VanScoy, there will be a special focus on promoting the program to international students because many usually sell their items when they leave to return home.

There are no plans for expansion, the only spaces will remain in the police services parking lot.

When it comes to selling items, VanScoy suggests students take precaution, to never meet alone and always bring a friend. He also recommended to not chase a suspect if they take your item. The promotional card will include more instructions on how to be safe when selling or buying.

Steven Gutierrez, a childhood development major, said he thinks the program is a good idea.

Gutierrez has heard of incidents happening since his freshman year in 2014, he thought that the matador escort was also a good idea to make people feel safer; and that with this new program no one would try to do anything stupid.