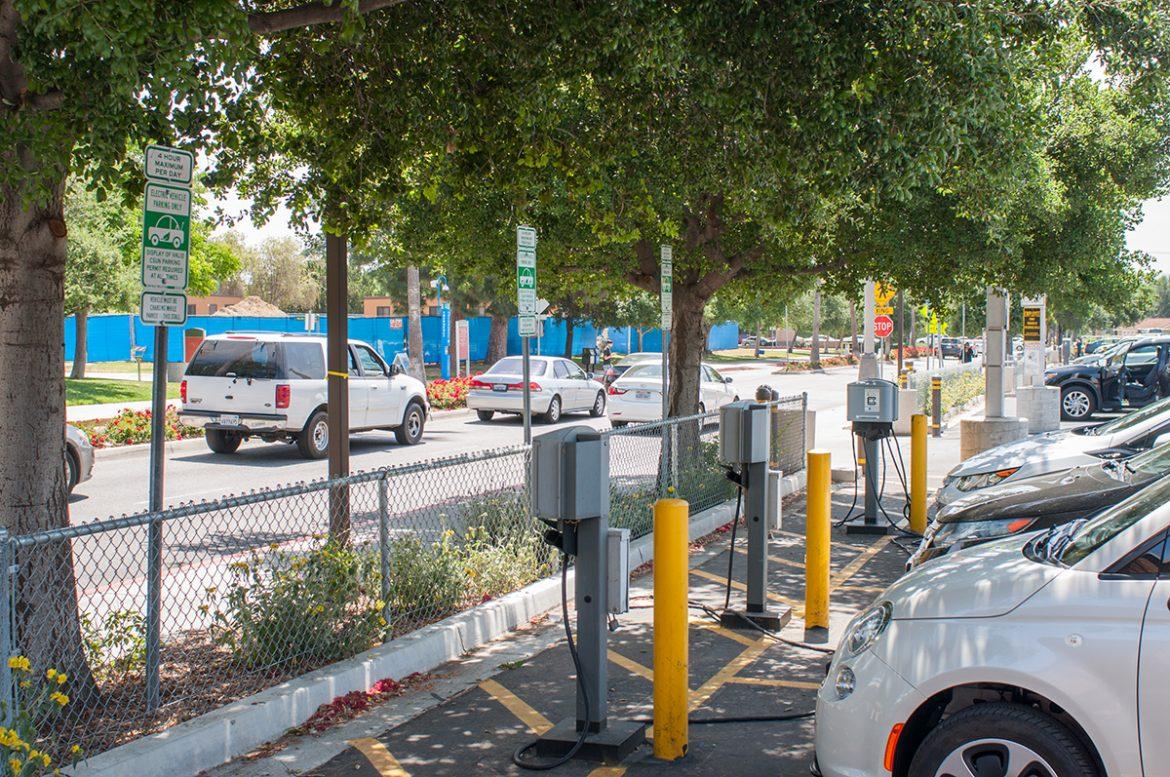 CSUN students are expressing their frustrations with the limited amount of electric vehicle chargers placed on student lots.

There are 24 electric vehicle charging stations on campus. Eleven are located in faculty parking lots and 13 are placed in five student garages. Some students have claimed to park in faculty lots in order to get their car charged. Others say they are frustrated that electric car owners are not following the charging rules.

Accountancy major and senior, Steven Macauley, drives a Nissan Leaf and said 50 percent of the time he has trouble looking for a free charging stall. It isn’t until nightfall when he’s finally able to find one.

Parking manager Michael Yu said there has been some inquiry coming from both faculty and students about adding more chargers to certain areas. Although CSUN has expressed their concerns, Yu admits there’s currently no quotes for new chargers.

“We’re not increasing but swapping out old chargers to smart chargers,” Yu said.

According to Yu, these smart chargers will be able to collect data such as, how long vehicles are being charged at a time.

Communications major Mary Bassily owns a Fiat 500e and says her biggest concern is when others don’t follow the rules.

“My frustrations are simply the shortage of chargers and that some people don’t follow etiquette and move their cars when they’re finished charging,” Bassily said.

There are parking signs by the charging stations that indicate that E.V. owners are limited to a four hour charge time.

Senior and Cinema, Television and Arts major Ori Basly, who owns a BMW i3, believes that CSUN is not living up to their “brown is the new green” motto.

“I am saving the environment, why isn’t CSUN doing their part?” Basly questions.

Macauley loves the fact that people are adopting electric vehicle technology but dislikes that too many hybrids are using these chargers.

“If your car has a tank full of gasoline, you should be in a line behind me,” Macauley said.

On the other hand, Basly does not mind if CSUN adds more chargers and decides to start putting a price on charging time.

“All of the chargers are free, which is amazing,” Basly said, “but why not add more and have users pay for it.”

Basly believes that E.V. drivers would not mind the charging fee since they save a lot of money by not pumping gas.

She also said more electric vehicle chargers should be installed because there are more E.V. drivers due to affordable prices and incentives.