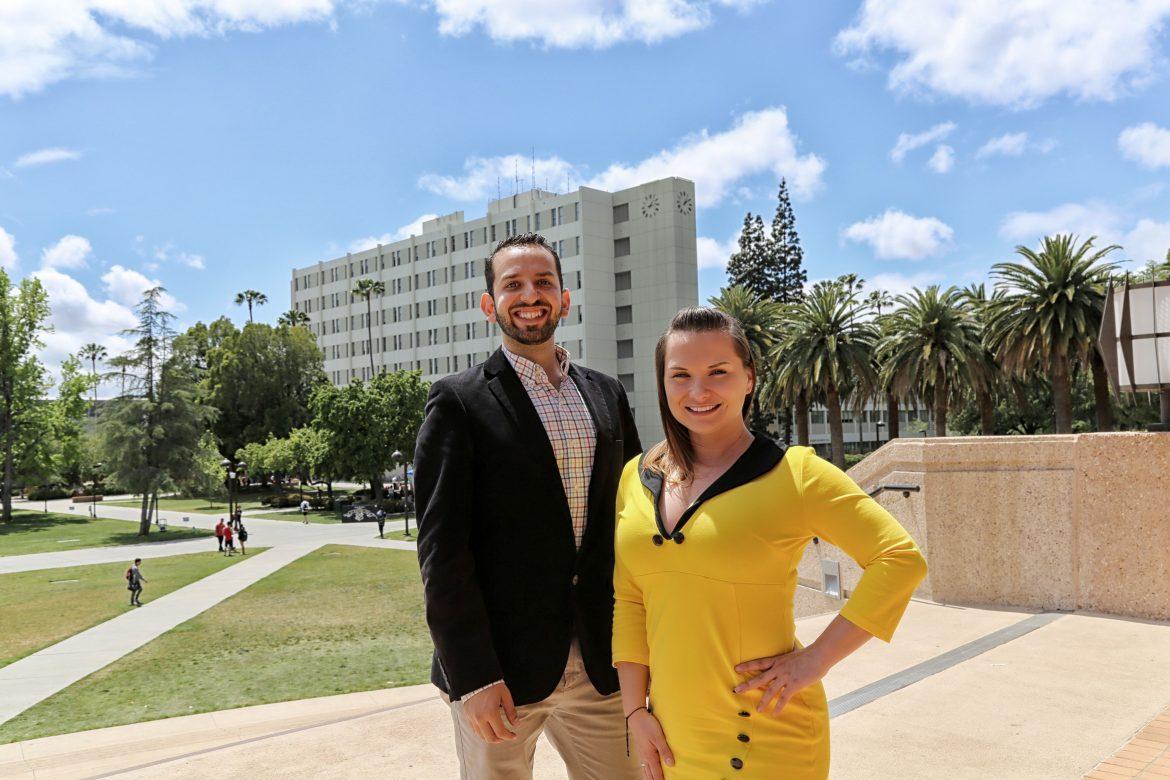 Ute and Alex pose for a photo in front of the Oviatt Library at CSUN Photo credit: Mercedes Mayers

Two CSUN graduate students will head to New York for a conference about student sex workers.

Ute Anderson and Alex Petro researched this topic and will present their findings titled “Degree of Shame: The Invisible Population of Student Sex Workers.”

Their research came to life by developing a qualitative study with six participants ranging from CSUN students to other colleges in the L.A. area. Both Petro and Anderson wanted to learn their stories.

“Our objective was not to label or generalize the population by coming up with statistics” Anderson said. “We wanted the individual to have the ability to tell their stories and let the stories represent the person versus letting a number become a placeholder for the people behind the story.”

Through Anderson’s internship at the Women’s Center, and among other panel discussions, students were open to share their experiences as sex workers.

Anderson also disclosed her personal connection to the topic.

“I had personal history with sex work, I was a sex worker for 15 years, and I didn’t feel like my story was represented in the research,” Anderson said.

She said research typically focuses on portraying a small piece of sex work, usually stereotyped with connections to drugs, STDs, homelessness and criminality. Anderson wants to disprove these stereotypes.

She also explained the interest they had in the topic.

“We wanted to keep it broad because we were also interested on how does it differ; how does the experience of a sex worker differ to the next person who might be in the gay industry and one person who is a dancer catering to mostly straight clients,” Anderson said.

The pair chose to use ‘sex work’ because the phrase is “relatively non-loaded” and allows the research participants to claim their own identities, such as a dancer or escort.

According to their findings, many students regarded sex work as a flexible way to fund their education. One participant mentioned earning more in a short period of time, thus having more time for school work.

“Their salaries ranged, but they were living pretty comfortably, their bills were paid, and there were no themes of financial stress” Petro said.

This project alone took them about a year to accomplish and the response they received from others was a surprise to them.

Petro said he expected a lot of resistance from the school and the IRB [Institutional Review Board] admissions, professors, family members and coworkers.

“I just expected a lot of obstacles and judgments. [Instead] we received praise and the ease of getting approved by the IRB,” Petro said. “We did everything right from the start and I thought professors would be objective to it but they showed us otherwise.”