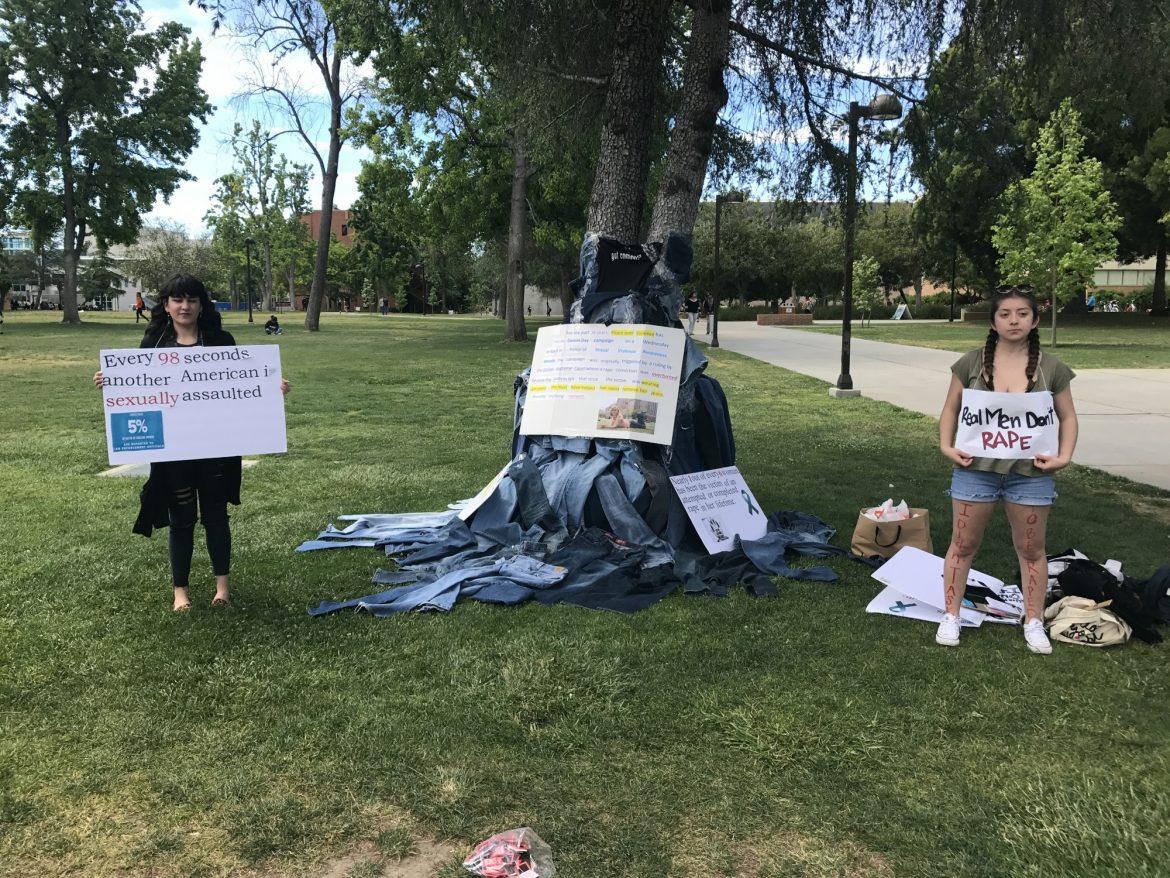 According to denimdayinfo.org, the case was overturned because the justices felt the victim consented when she helped her rapist remove her jeans. The following day, the women in the Italian Parliament came to work wearing jeans in solidarity with the victim.

Since then, the campaign encourages individuals to wear denim in solidarity with victims and survivors.

“We decided that sexual assault on campus was a big topic that nobody talks about” Labrie said. “It just so happened that Denim Day fell on our day, so it was the best idea to do it [today].”

Arviso explained how they spread the word among students. The pair raised their voices and said their facts loud enough for every passerby to hear, according to Arviso.

One of the topics they spoke about was consent and the forms of it. Additionally, Labrie and Arviso had pamphlets and surveys to further inform students.