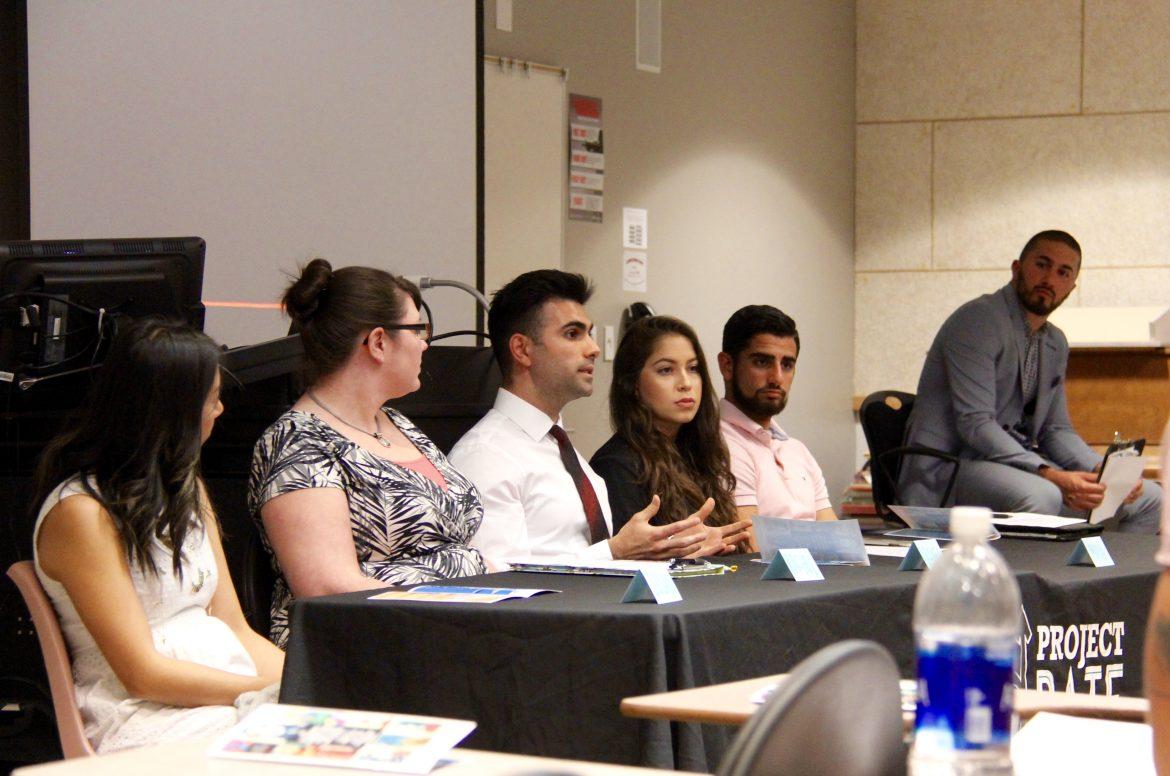 The issue of rape culture can correlate with the presence of hyper-masculinity, according to Arakel.

“It’s important to encourage men to have discussions [about male gender stereotypes] to challenge one another,” he said, addressing how programs like MenCARE can provide the space needed to bring awareness.

Panelists came to the mutual agreement that the main solution to tackle sexism and “any type of -isms,” is to talk about it, according to Hua. “It’s a matter of being mindful,” she added.

Another solution that Rustom presented is acknowledging the messages given by media and pop culture, stating that even in hip-hop songs—where women are labeled negatively— people don’t listen or analyze the lyrics.

“If you don’t talk about it, you won’t think twice,” said Alexanian, stating that there is a problem within our culture.

Recognizing sexist messages or questioning media and culture is another step to ending misogyny. Aristakessian presented the example of those messages through Disney films where the prince kisses an unconscious princess in which she could not give consent.

In regards to addressing sexism in culture, Rustom recalls parents stating, “You’re not going out in THAT, [that means] you’re asking for it,” based on what their daughter wears.

The current political climate motivated immediate action from the panelists to provide safe spaces for all genders.

“When you have the leader of the country saying slurs or hateful things towards women, you tell yourself ‘My president can’t say this,'” stated Ruston. “[He] triggered me and my organization because it’s not okay [to say those things] on a national level.”

Dr. Friendly recognizes the mass appeal of community organizing where “there is more activism and more opportunities [to adress an issue],” compared to past generations.

Panelists also interacted and listened to concerns from the students present at the event that relate to sexism within the family, becoming allies and masculinity.

“For a lot of people it’s hard for them to seek help even when they feel harassed,” said psychology major Casey Chang, on why students would want to tackle the issue of rape culture and harassment.