Students showcase work at the Annual Research and Service Symposium 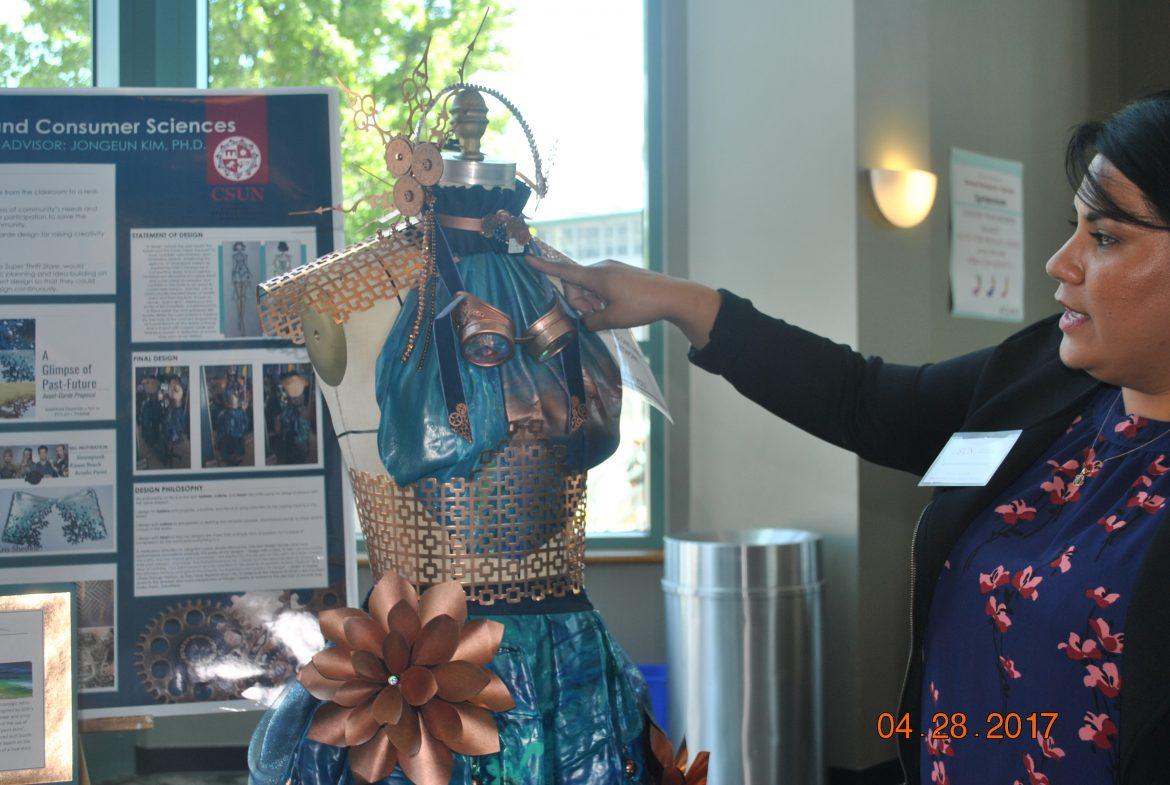 CSUN’s Office of Community Engagement hosted the annual Research and Service Symposium Friday at the USU Grand Salon to recognize the work of students over the last year.

There were 19 tables that displayed different projects and seven judges voted for their favorites.

This year, the format of the symposium was a poster session where each student, or student group, had a tabling area to showcase their service learning projects with a poster. There were no formal presentations. The judges and all attendees were able to view participant’s posters throughout the event.

One of the projects being showcased was Mentoring to Over Struggles and Inspire Courage (MOSAIC). Gerardo Yañez, sociology major, explained that MOSAIC is a mentoring program that connects at risk youth with CSUN students.

“Students we serve attend schools that would often be considered bad,” Yañez said. “We made it our project’s mission to help the population of students that is often overlooked.”

Yañez also said they faced obstacles during their mentoring program.

“Finding resources for funding was an obstacle for us mentors,” Yañez said. “But for students, one of the biggest obstacles was being held accountable for their grades. A lot of the times they have been overlooked and their grades are often the last of their concerns.”

Students had the opportunity to be as creative as they wanted with their tabling areas. They were able to bring additional items to support their projects such as brochures, props, and flyers. Students also showed additional data using their own technology such as laptops or tablets.

Madelynn Esquivias’, project in family and consumer sciences, utilized the extra space around her table to display her draping project.

“Part of our project was helping stores,” Esquivias said. “Usually virtual merchandising is about decorating windows, but what we added because this is a draping class was our own creative designs. We put mannequins in the stores that helped promote the businesses by making people more aware of them.”

“Basic things we’re looking for include if the organization is clear,” Linton said. “That the community need was met, the overall project goal was reached and that there was an impact in the community.”

Linton added that students’ projects should be clear and easy to understand.

“Presentation style can help students stand out,” Linton said. “Since there are no formal presentations, there projects should be able to speak for themselves.”

In first place, was the Special Education 563: Spoken Language and Audiology for Teachers of the Deaf. Second place was awarded to MOSAIC, and third place was given to The Importance to Serve as Bilingual Interpreters for VITA -CSUN Clinic.

While the judges decided the top three, all of the attendees voted for Proud2Bme_CSUN: Civic Engagement in a Hyper-Connected World as the winner for the People’s Choice Award.