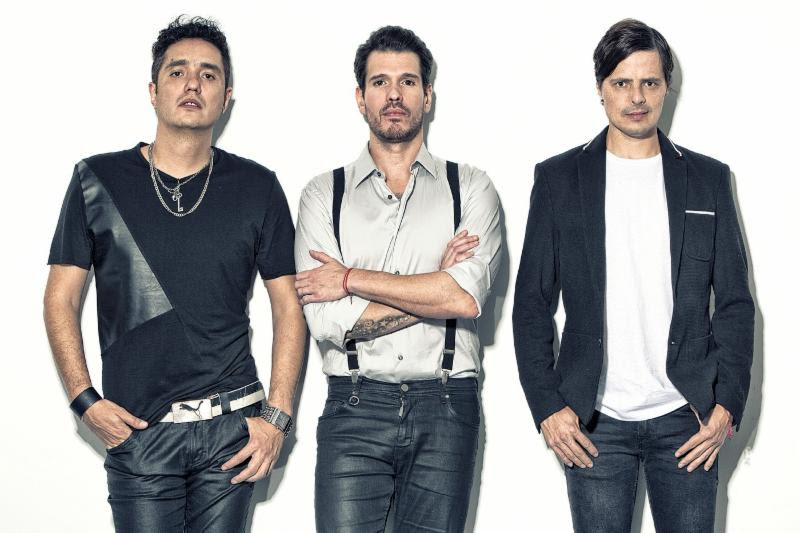 After the release of their latest album, ”Futura,” the band is now eager to share their newest material with American audiences.

Formed in 1998, the band took five years to debut their self-titled album after a friend of the band had sent a demo to a radio station conducting a contest. The band landed in second place and received the chance to record an album with a record company.

The band’s former name caused controversy and marketing issues, but they managed to keep afloat and produced six albums which are all accompanied by awards or nominations—including two Grammy nominations.

Lead singer and guitarist Francisco Familiar spoke to The Sundial about its upcoming tour, the evolution of their lyrical content and the story behind the band name change.

The band is about to begin a tour across the U.S,, tell me how you guys feel about the upcoming tour?

Familiar: It’s been a while since we’ve toured the U.S.—probably like six years. It’s coming at a precise moment [in our trajectory]. We’re more than excited to bring our tour, which starts on May 24 in Houston and we close in June in San Francisco.

I’d like to talk more about your most recent album, “Futura.” Is there something different you attempted in its production?

Familiar: Yes, I’m glad you asked. We wanted to do this on the beach, but it wasn’t just out of whim, we wanted to capture the vibe of the ocean. We located ourselves on the south, in Quintana Roo [Mexico]. There’s a saying that says ‘one travels to change one’s way of thinking,’ in this case, it worked out for us. We did most of the album over there, but we produced the details in Mexico City.

Did you work with other people in the process or was it just the five of you?

Familiar: We worked again with producer Armando Avila. He’s one of the best producers; he’s actually won a few Grammys. The people of EMI Music have also helped us out a lot.

One of the things I noticed in the lyrics of your single “Las Cruzadas” were the lyrics. In specific its chorus: “unconscious when wanting to fly, we fall/all because of the damn ego/all for not giving in.” Who wrote the lyrics and what were the author’s intentions?

Familiar: I wrote those lyrics. It’s a paradox when placed into the context of the album title because it talks about how the only thing we own is our present. It’s everything we have and the decisions we take at the moment, that will lead us to our future. There are two types of egos: one that can make you conscious, give you calmness and serenity to take [good] decisions, and there’s the other ego that leads you into wrathful situations and all these negative feelings. We have to be conscious of both egos and learn how to control them.

Have you seen a change in the content of your lyrics throughout the years?

Familiar: Definitely, we’ve been together for 18 years together, so we don’t act upon the same follies as we used to. We’re all family men now, so that has changed our perspective of life. I think that’s what’s pushed us to write in a more conscious and thoughtful manner.

Familiar: We would have some problems seeing our name in the stands. [shop owners] would say ‘we’re not going to put that album in the stands because this is a decent business.’ We changed our name when, [during interviews], they would ask us more about our name than being able to ask about our music. Our name was overshadowing our work so we decided to abbreviate it.

Out of all the six albums, which one is your favorite?

Familiar: I think “Ventura” is [a collective work]. At that moment we were frustrated and we said ‘this is our independent record and let’s give it all we got, if not much happens here then we have to think about changing our line of work. That album is significant, due to the era we were crossing. In the end, all of our albums have a very special meaning.

What additional projects are you working on?

Familiar: The album has us very busy. We recently recorded a cover song “Te Sigo Amando” originally by Juan Gabriel. The song is included on an album called “Amor Eterno al Divo de Juarez.” We’re including the song in our setlist so audiences will be able to listen to it live.

DLD will play live at The Roxy theater in Los Angeles on May 31.