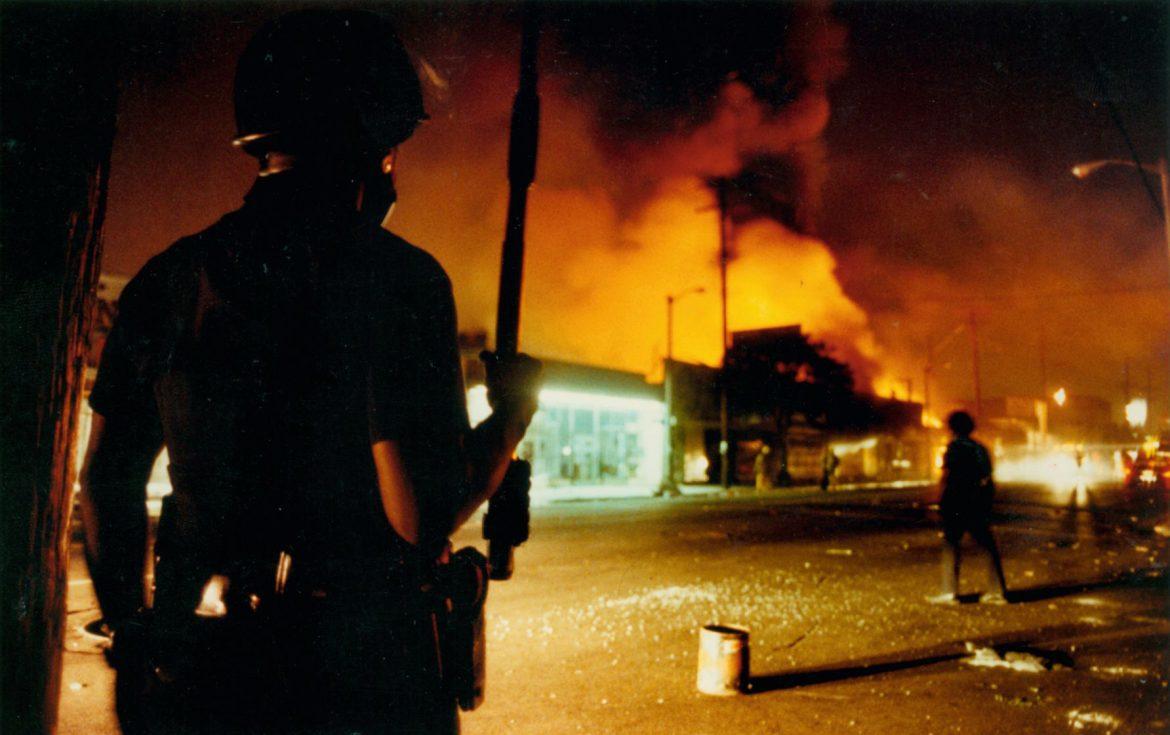 Saturday marked the 25-year anniversary of the Los Angeles riots. As an effort to raise awareness, professor Taehyun Kim and his journalism 498 service learning class organized a discussion panel Thursday at the Oviatt Library to discuss the riots.

On April 29, 1992, a jury acquitted four LAPD officers for beating Rodney King, which resulted in riots that lasted for five days and left 60 people dead, according to the Los Angeles Times.

Kim explained that he was 21-years-old as he watched the riots unfold on television.

“Twenty-five years ago, I was an undergraduate student at Ohio State University in Columbus, Ohio and I watched the riots on television,” Kim said. “Like most people, I was stunned by the injustice in the Rodney King verdict.”

Kim said he was unaware of why Korean business owners were being targeted.

“I couldn’t understand at that time why black rioters were angry at Korean business owners when the racism and police brutality was created by white people,” Kim said.

He explained that the riots are still a relevant issue due to police brutality and media coverage of minorities.

“I feel like I must teach students about the riots that took place less than 30 minutes away from the CSUN campus,” Kim said. “Many students are from the inner city and grew up as the city was being rebuilt from the ashes. The post-L.A. riots generations inherited extraordinary challenges and opportunities.”

Guinyard shared her personal experience as a broadcast reporter for KCAL covering the riots.

“The riots were a series of days and nights where you lost track of what time it was,” Guinyard said. “Your lines of demarcation were ‘this was the day the LAPD did nothing, this was the day the national guard came in, this is the day we saw Korean merchants with rifles protecting their stores on the roof.’”

She explained that racial tensions were high and caused people to draw assumptions.

“I had a gun drawn on me,” Guinyard said. “The guy pulled the gun on us because we were shooting video of people looting stores, because he thought we were going to give the video to the police.”

“Some folks were pulling liquor out of stores and stealing big TVs,” Guinyard said. “They had no connection to the anger from the verdict and were just taking advantage of the situation.”

Guinyard said that after the riots people began to talk about the existing cultural differences.

“We haven’t learned to be a melting pot yet,” Guinyard said.

Karen Slade of Kindness, Joy, Love and Happiness (KJLH) discussed her experience as a radio host during the riots and the murder of Latasha Harlins, a 15-year-old who was shot in the head after a confrontation with a store clerk.

“When Latasha Harlins was killed by the Korean grocer, our listeners started to change,” Slade said. “They were angrier, more volatile, they just didn’t understand.”

During the riots, a new program was created at KJLH to give listeners an opportunity to express their thoughts.

“The program Front Page was created because we wanted to keep playing music but we also wanted to delve deeper into the issues affecting the community,” Slade said. “After Latasha was killed, we tried to diffuse the anger and tried to get constructive action. For the next days, we took the calls and we let them talk.”

Slade said that during the years after the riots, there have been good changes in the LAPD, but that there are still some things that can improve.

“There have been good changes in law enforcement but we are still economically repressed,” Slade said. “We still have work to do. There are still buildings that have not been rebuilt.”

Jorge Leal, an independent journalist, had just arrived to the U.S. when the riots began.

“I was inspired to pursue a degree in journalism because of the riots,” Leal said.

Leal explained that the riots are still a timely issue that people can learn from.

“It is important to analyze the riots because we can learn how to cover marginalized groups,” Leal said. “Historically, groups have been marginalized but there have been improvements in interactions between groups.”

The final speaker at the event was 89-year-old Kyung Won Lee of the Korea Times. He explained how several events led up to the riots.

“The Rodney King and Latasha case both led up to the riots,” Lee said. “I covered 40 years of civil rights struggles and this was just an example of how much racial tension there had been built.”

At the event, students and faculty gave their opinions on how things have changed.

Genesis Lopez, a sociology major, said she was young when the riots happened but still remembers the tension.

“The racial tension at the time was indisputable,” Lopez said. “Some viewed it as riots and others as an uprising but since then things have improved among communities.”