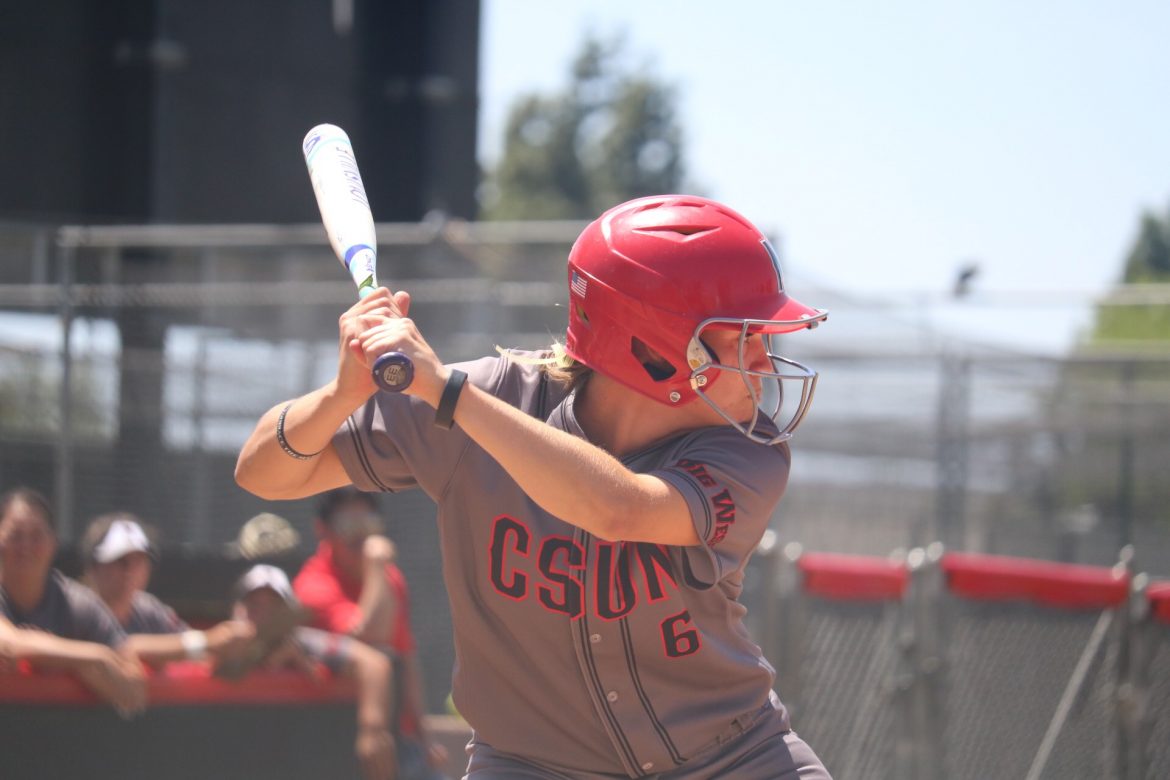 One of CSUN’s seniors and ace pitcher Daphne Pofek took the mound for her final home game as a Matador.

After a scoreless first inning, Riverside got on the board first in the top half of the second inning.

Pofek started the inning by walking the first two batters. After a sac bunt moved the runners to second and third, Riverside five hitter Anessa Cepeda, knocked a single up the middle.

However, only one run scored after a perfect throw from center fielder Taylor Glover thwarted the second run from scoring.

The Matadors offense was unable to get a run across in the first couple innings. That changed in the bottom half of the third as junior Savannah Horvath stepped into the batter’s box.

With a runner on second and two outs, Horvath hit the 31st home run of her Matador career to deep left field giving the Matadors a 2-1 lead.

Pofek hit her stride after the Horvath home run, only allowing one hit for the rest of her outing.

“When Savannah hit that home run, you could feel the energy in the dugout and I really fed off them,” Pofek said.

After a scoreless half inning for the Highlanders, the Matadors kept the pressure on in the bottom half of the fourth inning.

Senior Madison Fleming worked a walk to start of the half inning and fellow senior Jessica Rozanthul reached base on a single to right field.

With one out and runners on second and third second baseman, Tara Kliebenstein stepped up to the plate and singled to left field scoring one and advancing to second on the throw to home.

Leadoff hitter Mckenzie Babbitt came up with runners on second and third and one out.

In the bottom of the sixth inning, the Matadors added on a couple of insurance runs.

Designated hitter Jessica Rothanzul started off the half inning by hitting a double off the top of the center field wall.

Next up was catcher Karlie Habitz who singled up the middle scoring Rothanzul from first and giving the Matadors a 5-1 lead.

Freshman Pudi Hernandez’s pinch ran for Habitz and a pass ball would move her to second. After a groundout, a walk and a fielder’s choice Hernandez scored from third on a Horvath infield hit, giving the Matadors a five run advantage.

Pofek went out in the seventh inning and captured a complete game in her final home game as a Matador.

With the 6-1 victory, the Matadors got their ninth conference win pulling them three games away from first place Cal State Fullerton.

Head coach Tairia Flowers had high praise for the ten seniors in their final game at the Matador diamond.

“They play off of each other,” Flowers said. “Having such a big group has only helped. You can tell they all feel like sisters and I think it’s a big reason why we’ve been so successful over the past few years.”

Utility player Taylor Nate loves the team success however, she appreciates what her Matador career has meant to her off the field.

“I’m a utility player, so I get moved a lot and that has really helped me with being flexible and having a good work ethic,” Nate said.

The Matadors face off against the first place Cal State Fullerton Titans in a three game series on the road starting May 5 at 6 p.m.