Editorial: CSUN, or where the foot of gentrification treads 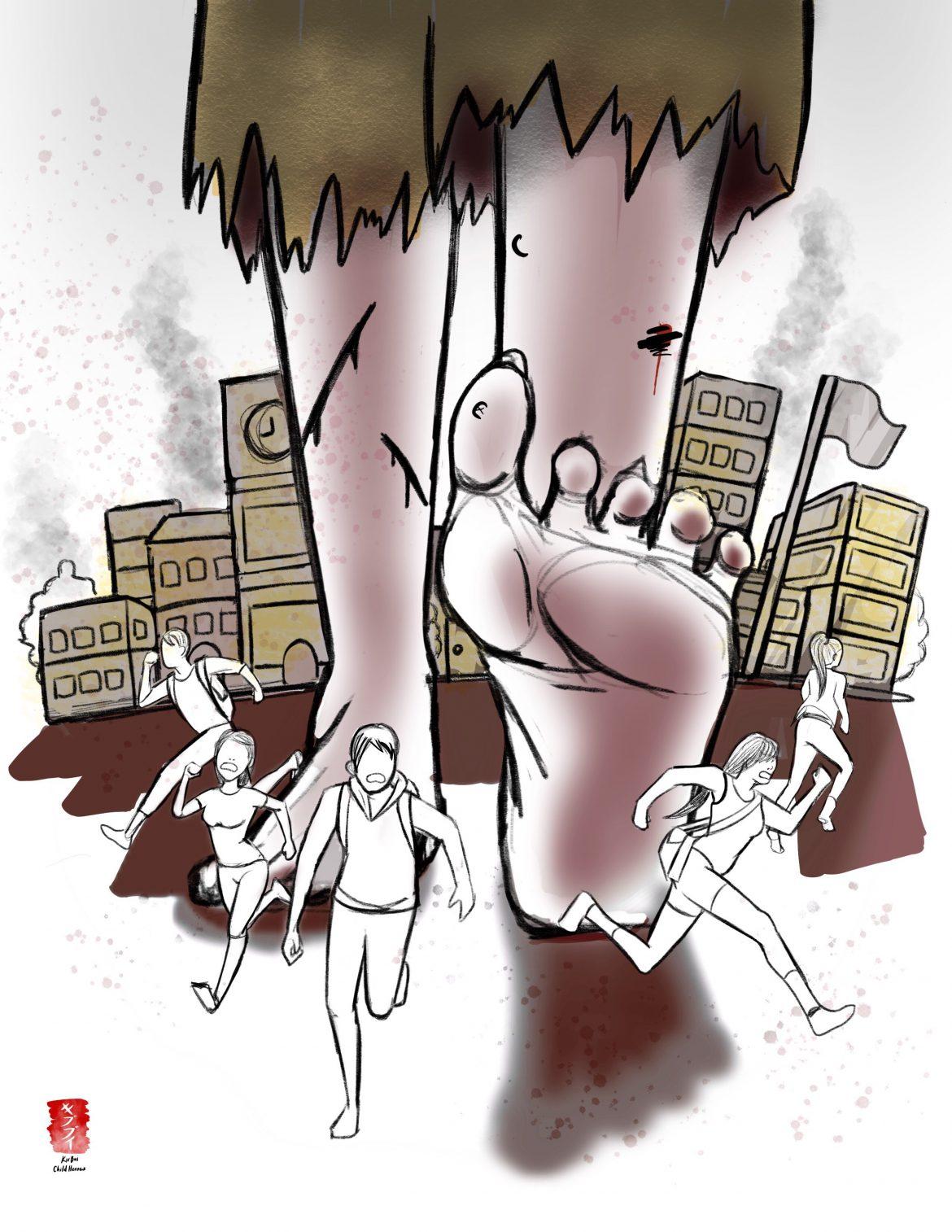 A form of gentrification is occurring on our campus, and whether we see it or not, it’s all around us. Typically, the images we tend to conjure when we hear the word “gentrification” are not always pretty. We can see the displaced people, forced out of their homes by raising rent—nearly dissolved out of existence—because we live in a city with chronic homelessness on our doorstep, but we also know how easy it is to ignore the problem.

We climb into our cars, speed past skid row, going too fast to make out any features on the faces of the poor who have been pushed to the street, and in less than thirty minutes we’re parked in B3 next to a Maserati.

We assume we’re safe because we can still afford the tuition and even though it’s raising, we’ll be out of here within a few years. We enjoy the sweet smoothies at the new, trendy health-food kiosk because what’s $5 but a little chump-change? The shiny cars, the sweet fruit, the clean streets are what we see at CSUN and in that narrow scope we enjoy what was molded by gentrification without even realizing it.

When we close the door, and when what’s out of sight is out of mind, we don’t hold our heads accountable for asking what gentrification means and what it does. Day in and day out, despite the negative connotations we immediately associate with when we talk about gentrification, we reap its benefits for as long as we are privileged to.

Much remodeling, renovation and building has occurred on the land that we walk on. The 165 acre campus was once merely a satellite location for what is now CSULA. It was not until 1958 that it became the independent San Fernando Valley State College and since 1972, it’s been what we know it as today as California State University, Northridge.

Since its initial founding, our now 365 acre campus has accumulated the beauty marks of gentrification and investment. One could even take a tour on campus and spot all the signs of monetary movement in the sheer amount of renovations and remodeling of the physical landscape. A quick sweep from Darby to Zelzah reveals the $39 million dollar Extended University Building, the $125 million dollar Valley Performing Arts Center, the $62.3 million dollar Student Recreation Center and the beginnings of a $4.7 million dollar Sustainability Center.

Money floods in and provides beauty, resources to live, resources to utilize; only who’s able to exploit those resources? It requires a pre-existing wealth in order to bathe in the luxuries of that flood. Those who can’t make more money, who can’t keep up with cost demands of gentrification, get swept away.

Carlos Fuentes writes in his novel, “La Muerte de Artemio Cruz,” “¿A quién chingarás hoy, para existir?, ¿a quién mañana?…” As we are subjected to the inescapable institution of gentrification, as we struggle or succeed in our continuation to exist—and exist bigger and better—we must observe and inspect who and what is being affected by gentrification. We can at least achieve a sense of awareness.

So take a look around school. Take a look at the classrooms, the students, the buildings, the resources. We dare you to look at the expenses: where the money goes, but also what it gives you. Ask the tough questions like the one which Fuentes poses, all while leaving the door wide open.